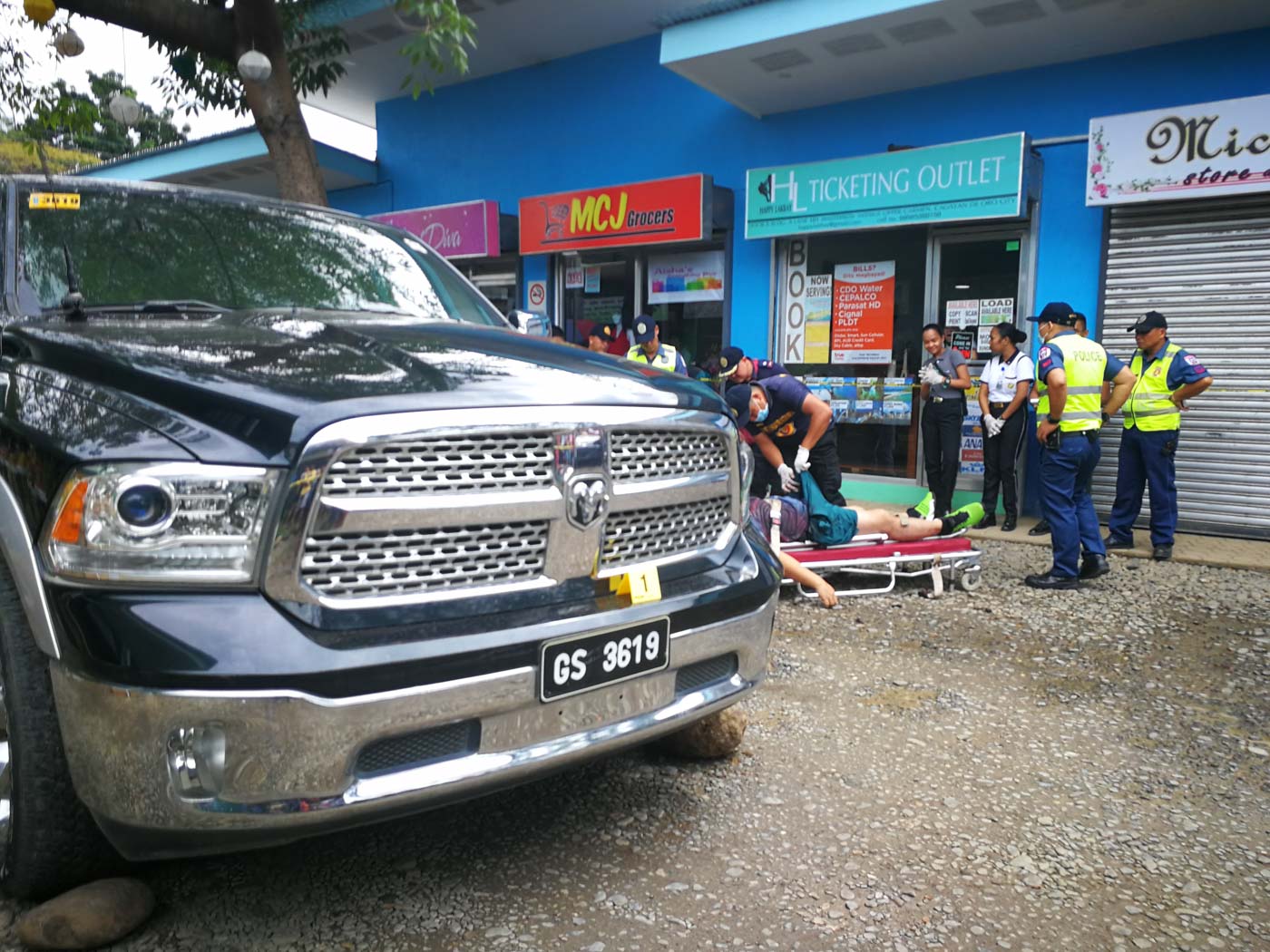 CAGAYAN DE ORO CITY, Philippines – A former mayor of Kadingilan town in Bukidnon was gunned down Saturday morning, December 22, as he was about to alight from his vehicle to buy fruits.

Talaid, a subdivision developer and owner of Jukens Builder and Trade, came from his morning tennis routine.

Talaid sustained a single gunshot wound on his left forehead.

“The suspect may have called the victim. As he turned toward the suspect, he was shot,” said doctor Christian Caballes of SOCO-Region 10.

Caballes also added that they recovered a .45 pistol inside Talaid’s vehicle.

Police Senior Inspector Excyllo Alcantara, chief of Carmen Police Station, said they were following the trail after they got hold of a closed-circuit TV cameras in the area.

Talaid is not a candidate for any public office in the 2019 elections.

On May 11, 2013, Talaid survived a robbery-ambush, where criminals carted away P7 million.

“I have called Cagayan de Oro City Police Office Director Senior Superintendent Nelson Aganon right after hearing about the killing, and I urged him to ensure that this killing be solved immediately, with the identification and capture of the perpetrators and anyone behind them,” Moreno said.

“The cruel and treacherous acts like this killing have no place whatsoever in any decent and peace-loving community, especially in special seasons like Christmas,” Moreno added.

Moreno also urged anyone with information to come forward.

“We shall coordinate closely with the police and other law enforcement authorities on the formation of composite groups to expedite the case resolution,” Moreno said. – Rappler.com