House kicks off probe into alleged budget anomalies under Diokno 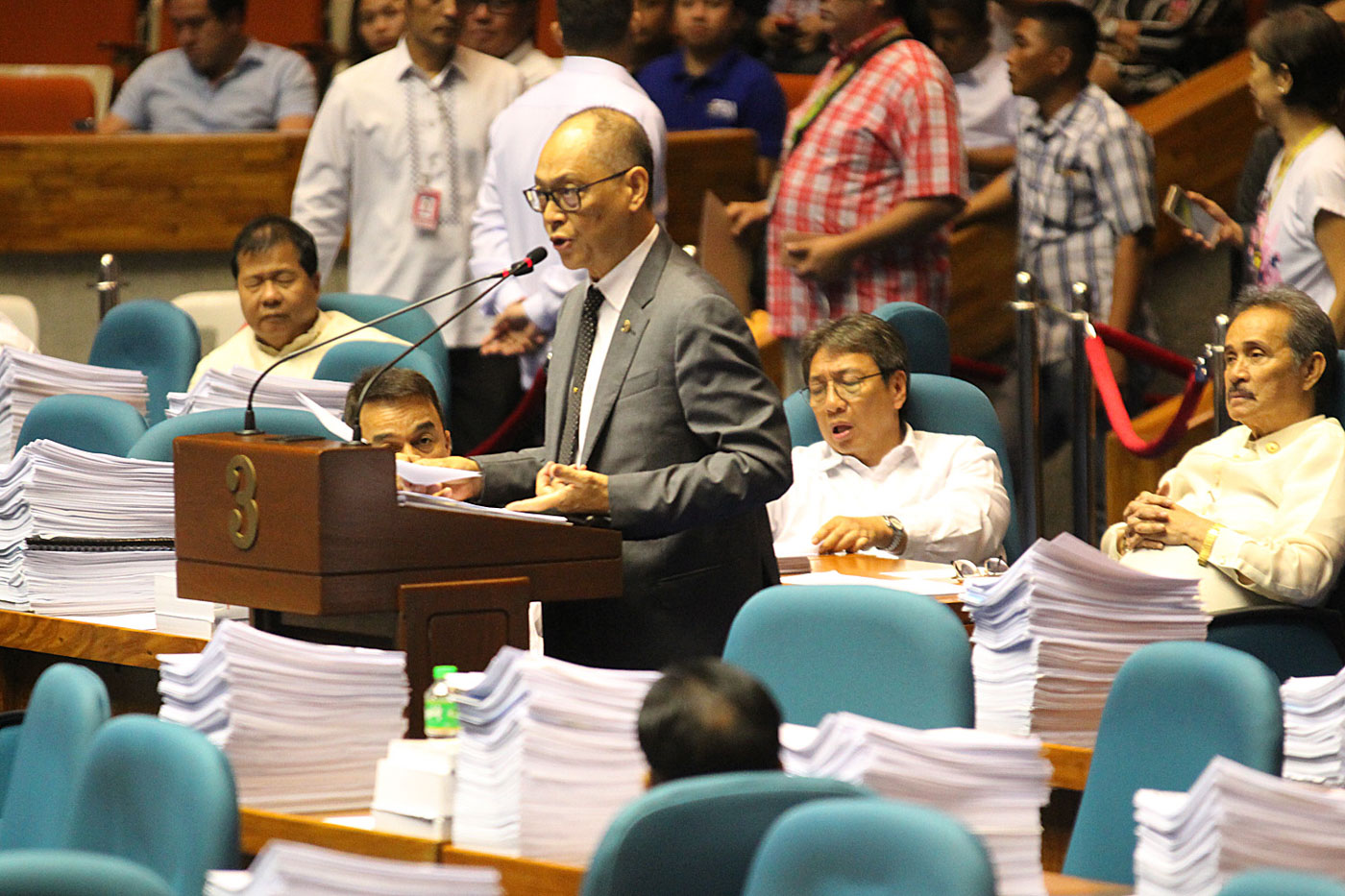 MANILA, Philippines – The House is opening on Thursday, January 3, its probe into the alleged anomalies in the current 2018 budget and the proposed P3.757-trillion budget in 2019, both prepared under Budget Secretary Benjamin Diokno.

The House committee on rules, chaired by Majority Leader Rolando Andaya Jr, will be holding the public hearing at the Avenue Plaza Hotel in Naga City, Camarines Sur at 10 am.

The House panel already issued a subpoena to C.T. Leoncio Construction and Trading owner Consolacion Leoncio to appear during the hearing. Andaya has previously accused C.T. Leoncio of cornering billions worth of projects for various agencies across the country.

Andaya believes Diokno and a former Cabinet official now seeking an elected post in 2019 are tied to CT Leoncio. In Sorsogon alone – the province whose vice governor is the mother-in-law of Diokno’s daughter – the company cornered a total of 30 projects in 2018.

Apart from Andaya, the lawmakers who are expected to grill the resource persons are as follows:

Before the 17th Congress adjourned session in December 2018, legislators led by Andaya and Suarez accused Diokno of supposedly using his influence as Department of Budget and Management (DBM) chief to bag billions of pesos in infrastructure projects for Sorsogon and Casiguran, where the mayor is also the father-in-law of Diokno’s daughter.

Andaya said he is “particularly interested” in the P100 billion worth of unpaid payments that the DBM owes various contractors and suppliers this year. He quoted Budget Undersecretary Catalina Cabral as saying that for DPWH alone, the amount of pending payables is at P44 billion.

The Majority Leader said this is worrisome after Diokno admitted “inserting” P75 billion into the DPWH funds for 2019. But Diokno insists there is nothing anomalous here, as the additional funds were part of the legal budgeting process.

Andaya is also questioning the P10-billion infrastructure projects allocated to Sorsogon in 2018, as well as the P325-million allocation for flood control projects in Casiguran in the proposed 2019 budget.

The House went as far as adopting a resolution urging President Rodrigo Duterte to fire Diokno. But Malacañang and other Cabinet officials still trust the DBM secretary, who have denied all allegations against him.

Malacañang already said Cabinet members should leave or skip Congress hearings if they feel they are or will be shown “disrespect.” (READ: Duterte told Diokno to skip House hearing on corruption allegations – Panelo)

Andaya said they will no longer force Diokno to attend the House investigation, but will still invite him to attend. – Rappler.com