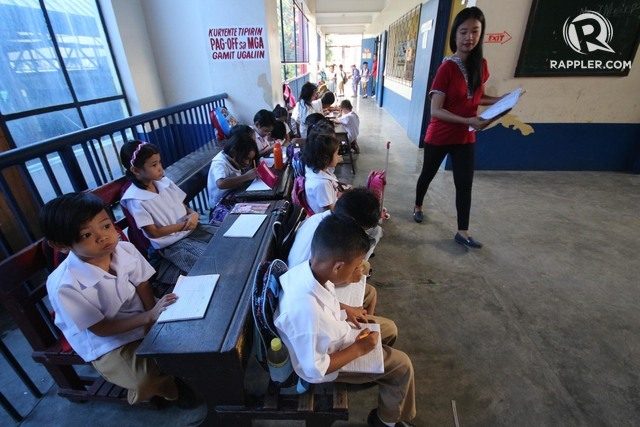 MANILA, Philippines – The Department of Education (DepEd) is eyeing to hold a dialogue with the Department of Interior and Local Government (DILG) after images of a police memo, which ordered schools to identify teachers affiliated with the Alliance of Concerned Teachers (ACT) surfaced on social media.

The DepEd was referring to reports that Philippine National Police’s (PNP) Manila and Zambales District ordered all public and private schools last December, to furnish authorities with a list of teachers that “were members or aligned with the ACT.”

Images of the PNP’s memo also listed referrals to memorandums from the regional intelligence director and 2019 midterm elections when issuing the order.

Rappler has reached out to the PNP but has not yet received a reply as of posting.

Apart from this, separate images also showed the DepEd’s Manila division office appeared to have complied with the order.

Responding to this, Sevilla said the DepEd was currently looking into the matter as it sought verification from its regional directors. It also sought its legal team for comment.

“We are not aware of this at the central office that is why we are verifying this with all the RDs [regional directors] since yesterday,” Sevilla told Rappler.

Once completed, Briones is expected to tackle the issue with the department’s executive committee, Sevilla said.

In a statement Sunday, the ACT slammed the PNP for what it described as an “unconstitutional attack” on the right to free expression and self-organization.

“The PNP has no business meddling in the affairs of teachers’ organizations. Its duty is to serve and protect the people, not to harass and intimidate activists. Their dastardly act of profiling ACT members is maliciously casting unnecessary doubt on the legitimacy of ACT as an organization,” they said.

The group also urged the DepEd to help protect teachers’ rights and personal information, which may be used to “intimidate and harass” those who may be affected by the police order. – Rappler.com