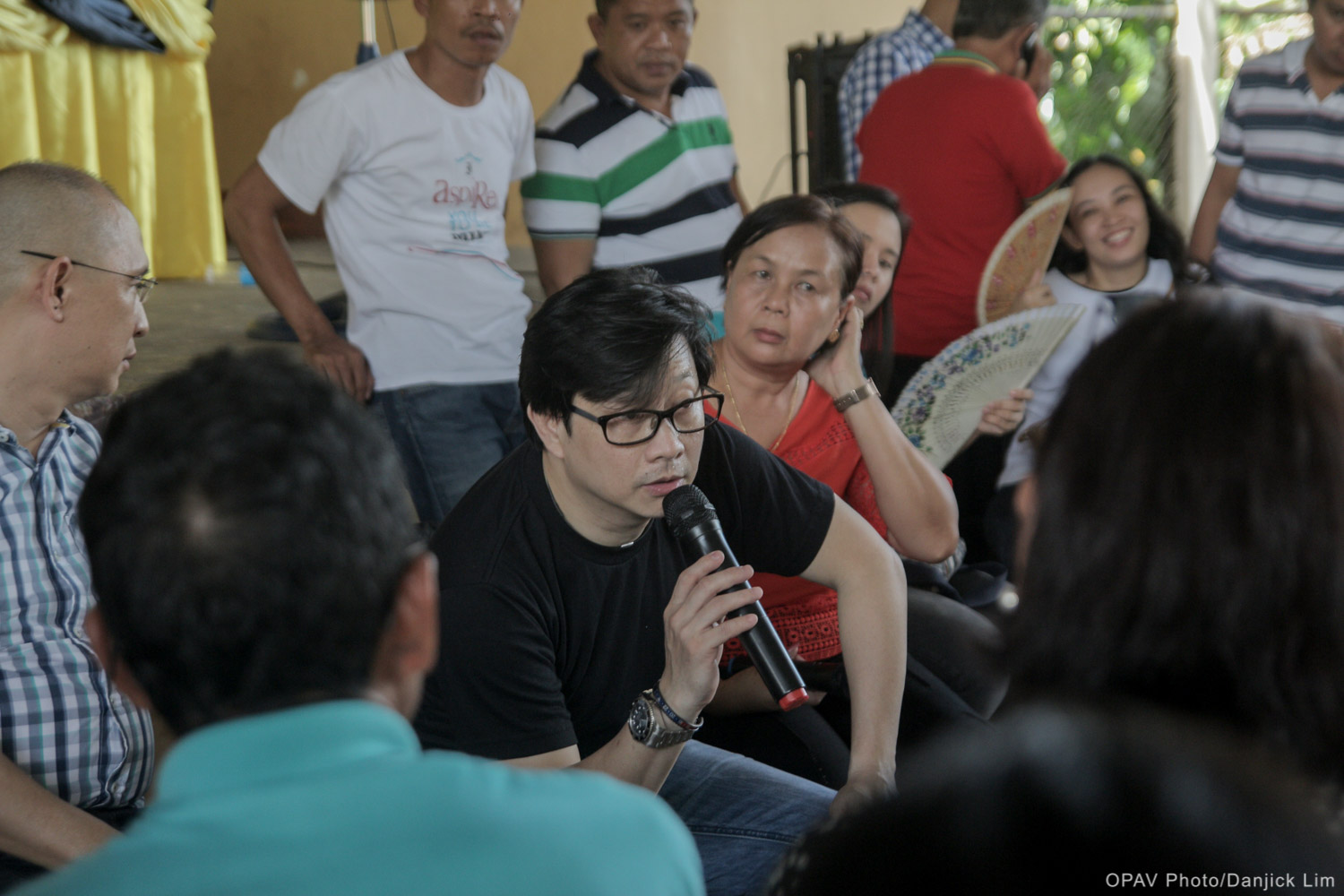 MANILA, Philippines – Presidential Assistant for the Visayas Michael Dino landed his chopper at the Ultra Philippine Sports Complex without the permission of its authorities, Rappler learned.

Philippine Sports Commission (PSC) chairman Butch Ramirez said he was told by PhilSports Arena staff that no such clearance was issued to Dino’s staff.

The PSC, an agency under the Office of the President, owns the Ultra sports complex. The sports complex’s administrator, Queenie Evangelista, answers to the PSC.

“I was informed by PhilSports personnel that there was no clearance re landing that day,” Ramirez told Rappler in a message on Thursday, January 10.

Dino making an unauthorized landing flouts the sports complex’s protocols as well as protocols for landing choppers in general.

“Any public or private officials who seek landing must clear from the PhilSports Administrator who is under the leadership of the Philippine Sports Commission,” said Ramirez, also a Duterte appointee.

Such clearance is necessary given that chopper landings can interrupt sporting events at the complex and endanger the lives of athletes, coaches, and those watching the event.

Ramirez said this was the case with Dino’s landing.

“What was inappropriate there, a DepEd (Department of Education) District Sports Meet was going on. All the athletes and officials and parents are under our responsibility,” he said.

One source said the PhilSports Arena where Dino’s chopper landed in is not approved as a helipad by the Civil Aviation Authority of the Philippines (CAAP), the agency in charge of implementing policies to ensure safe and efficient air travel.

However, since helicopters are designed to land anywhere, they can land even in areas without CAAP approval, as long as the facility where the chopper is landing grants their permission.

Rappler had asked both Dino and his chief of staff, Jonji Gonzales, who they coordinated with for the helicopter landing in Ultra. They are yet to respond to that particular query.

However, Gonzales said on Wednesday that Dino had “no way of knowing that there was any ongoing event in Ultra” on Tuesday.

He had supposedly passed by Ultra to pick up persons who would accompany him to the launch of a “Malasakit Center” in Batangas City, an event led by former presidential aide Bong Go who is running for senator. – Rappler.com