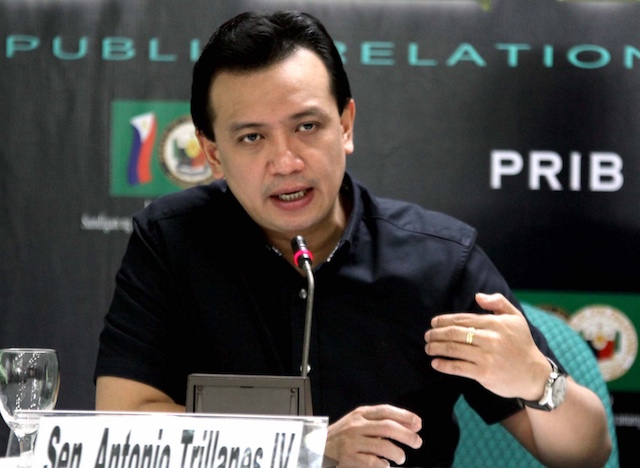 Trillanes made the statement in a media forum with Senate reporters on Thursday, when asked about the supposed passport data breach at the Department of Foreign Affairs earlier bared by Locsin himself, which later turned out to be a false alarm.

(I have one unsolicited advice for Secretary Locsin. He should focus on his job as a top diplomat and go slow on his social media because he’s not campaigning, he’s not an elective official, he’s a diplomat.)

Last week, Locsin said in a tweet that a contractor had “made off with data” of passport applicants because it “got pissed.” A week later, he said this was not the case.

Trillanes said Locsin should have studied the whole passport data issue first before tweeting that a former DFA contractor “took off” with passport holders’ personal data, a revelation that alarmed citizens.

Malacañang called it a “serious and grave matter,” while Vice President Leni Robredo and senators, including Trillanes, pushed  for an investigation into the passport data mess.

Trillanes agreed that Locsin should have been more cautious with making such allegations.

(Definitely because he created a cause of concern for our countrymen…. Another is the security consideration of that data breach. This happened because he’s always on Twitter. It turned out he didn’t know the entire situation. He should do research first to deepen his knowledge, instead of ending up recanting what he said earlier.)

He said he observed Locsin often engages in “tit for tat” on Twitter. “It can consume him…. It can distract him,” Trillanes said.

Locsin has been active on social media, particularly Twitter, even before he joined the Duterte administration. – Rappler.com