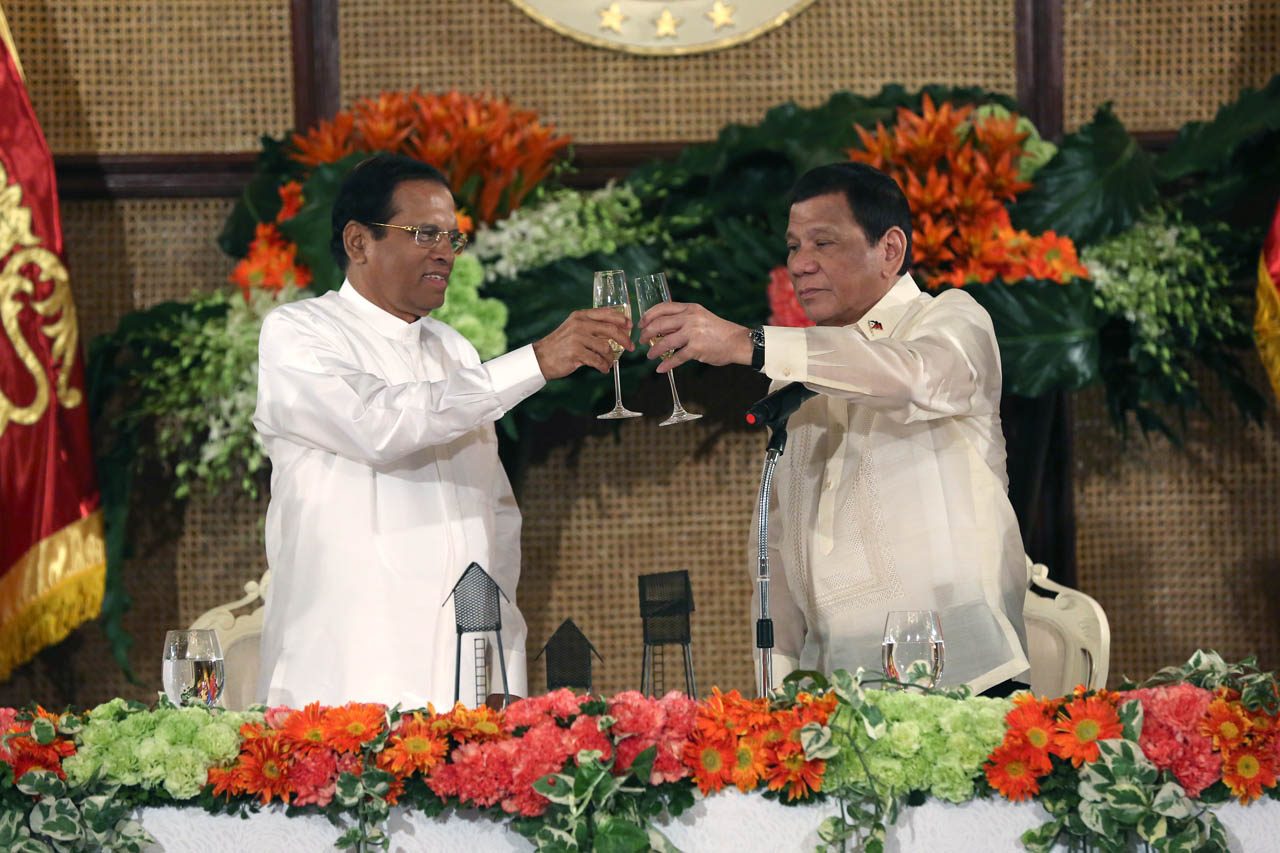 MANILA, Philippines – Sri Lanka President Maithripala Sirisena was all praises for his host Philippine President Rodrigo Duterte and his bloody campaign against illegal drugs, calling it an “example to the world.”

Sirisena made this declaration as he gave his toast remarks during the state banquet held in his honor on Wednesday, January 16, in Malacañang.

Sirisena is in the Philippines for a state visit until January 19.

“Excellency, the war against crime and drugs carried out by you is an example to the whole world, and personally to me. Drug menace is rampant in my country and I feel that we should follow your footsteps to control this hazard,” said Sirisena, with Duterte beside him.

It was not the first time Sirisena has expressed admiration for Duterte’s strategy against illegal drugs.

In July 2018, his spokesman had said the Sirisena administration wanted to “replicate the success” of the Philippine anti-drugs campaign.

The spokesman even quoted Sirisena as saying he was “ready to sign the death warrants” of big-time drug suspects, echoing Duterte’s violent language.

Sirisena, like Duterte, wants to revive death penalty in his country. For 4 decades, Sri Lanka has been commuting death sentences to life in prison.

In the Philippines, the government has admitted to killing over 4,000 persons during anti-drug operations. But human rights groups and watchdogs say many more have perished, with death toll estimates ranging from 7,000 to 20,000.

While Duterte and Malacañang claimed he does not tolerate the killing of drug suspects, the President has not shied away from saying he would promote cops who “massacre” drug personalities and that he would pardon cops accused of abusing their power during drug operations. – Rappler.com