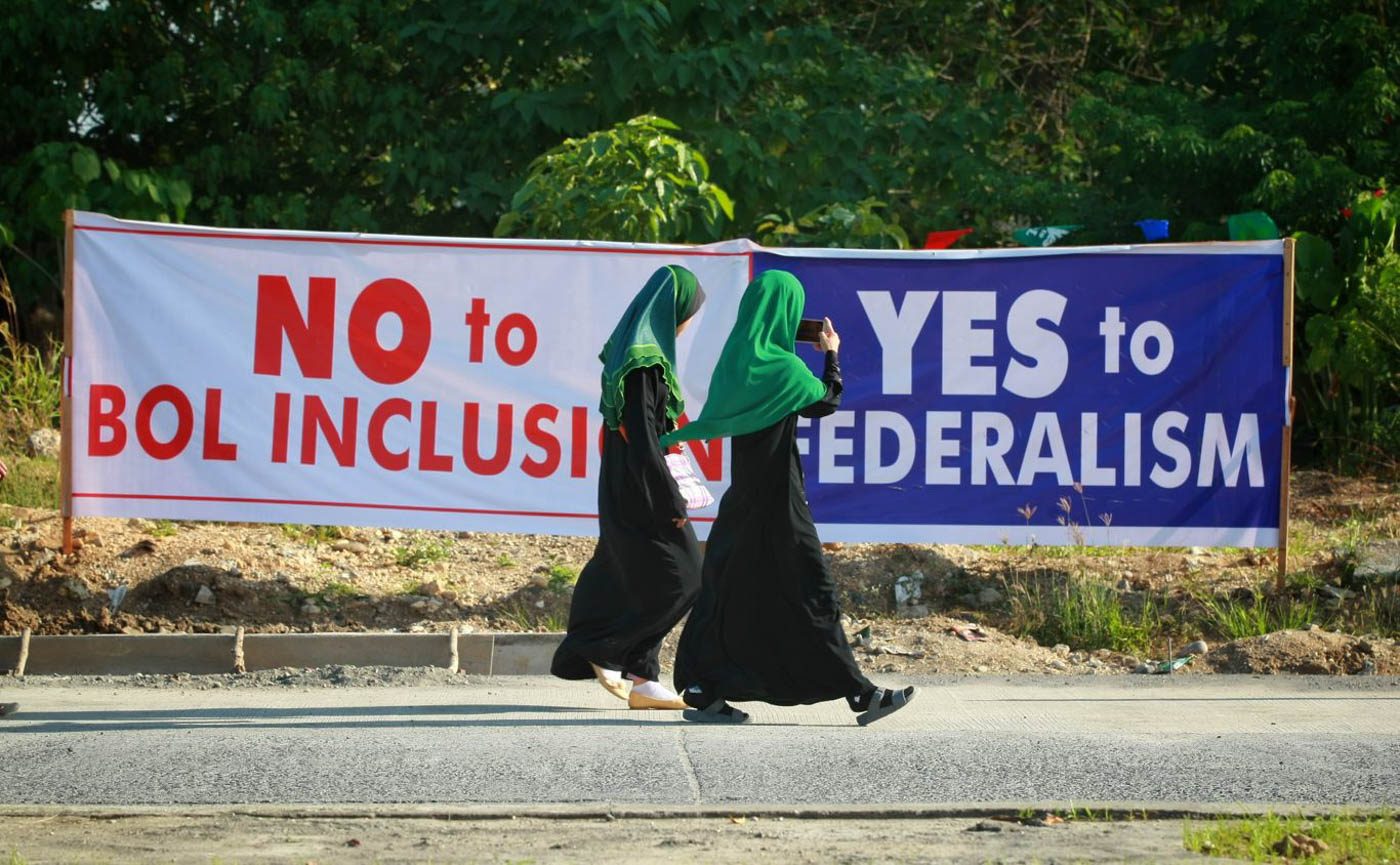 MANILA, Philippines – The “no” vote against the Bangsamoro Organic Law (BOL) has “gained momentum” among youth in Cotabato City and Isabela City, according to the results of the latest survey conducted by peace-building organization International Alert (IA) Philippines.

The plebiscite is set to take place on Monday, January 21, in the Autonomous Region in Muslim Mindanao, Cotabato City, and Isabela City. (READ: What you need to know about the Bangsamoro plebiscite)

Francisco Lara Jr, IA senior peace and conflict adviser in Asia, said that while the “yes” vote in the two areas remained sizeable, the “no” vote has gained momentum among the youth.

Latest results showed the number of youth who said they would vote “yes” still outnumbered those who did not support the law – but only by a small margin. This  put the vote to create the Bangsamoro Autonomous Region in Muslim Mindanao (BARRM) neck-to-neck in the two cities, De la Rosa said.

In Cotabato city and Isabela City, those who support the BOL are still sizeable but peace and conflict senior adviser Pancho Lara says the “no” vote is gaining momentum. #BangsamoroVote @rapplerdotcom pic.twitter.com/fXUoNbVTBc

The Latest survey results also showed a reduction in the numbers of BOL supporters in the two areas.

The two cities are among places to watch as ruling politicians have been vocal against their inclusion in the proposed new region.

In contrast, more youth in the ARMM said they would vote for the BOL, according to the same survey.

IA statistician Angelo Casalan said the rise in “no” votes in Cotabato City could be due to the influx of youth who said they would not support the BOL. He said the deadly New Year’s Eve blast that rocked the city a few weeks ago might have also contributed to this.

Cotabato is a crucial city where the Moro Islamic Liberation Front has campaigned heavily in. If the city votes against joining the proposed new region, the BARMM’s regional government will have to move government offices to a new capital.

As for Isabela City, the youth remained uncertain the BOL could end rebellion and weaken terrorist groups. Some 63% also said they were still unsure and unfamiliar with the law.

Results also showed a sizeable portion of youth in Sulu did not support the law.

In Sulu, Governor Abdusakur Tan II  has been vocal against the province’s inclusion. In October 2018, he filed a petition before the Supreme Court seeking to declare the BOL as unconstitutional.

Disagreement on benefits of BOL

The survey results also showed that even more Bangsamoro youth were now divided on whether or not the BOL can quell rebellion and prevent potential recruits from joining terrorist groups.

They also showed a high level of disagreement on whether or not the Bangsamoro law would benefit non-Muslims and indigenous groups.

Apart from this, more youth now considered terrorism to be a top priority compared to last year, when poverty was the top concern.

On issues the BOL should address, 70% of respondents think terrorism is a top concern. This was followed by 60% who think the law must address poverty, and 42% who said it should address corruption.

The IA survey involved 328 youth respondents in areas that are set to vote in the plebiscite on January 21: ARMM, Cotabato City, and Isabela City. – Rappler.com