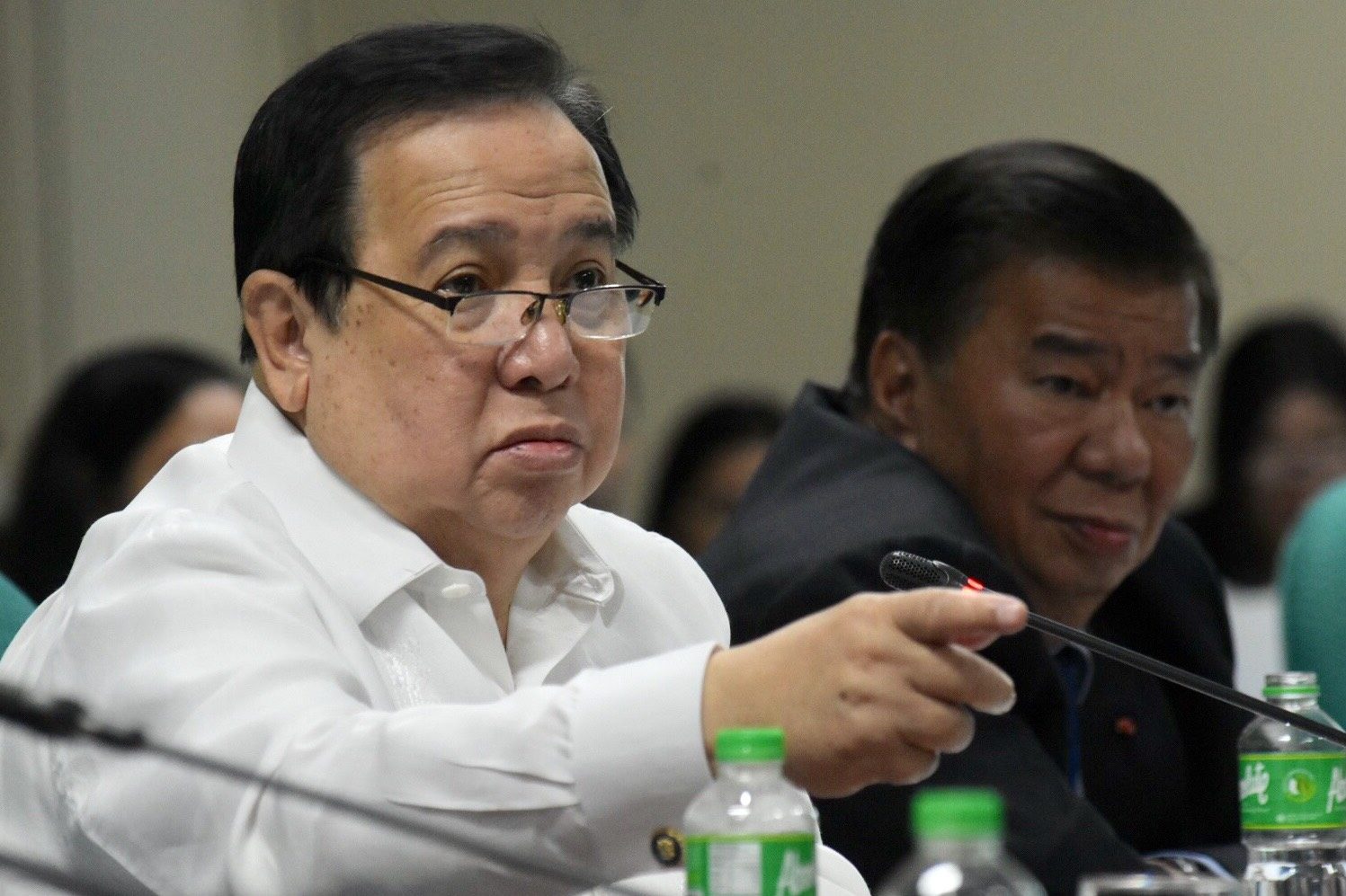 Facebook Twitter Copy URL
Copied
According to the Juvenile Justice and Welfare Council, there are only 63 Bahay Pag-Asa or youth detention and rehabilitation centers in the country

Republic Act 10630, which amended the 2006 Juvenile Justice Act in 2013, mandates LGUs to build and maintain a Bahay Pag-Asa in their areas.

While the Supreme Court said the national government could not dictate how the LGUs would spend their internal revenue allotment (IRA), Senate Minority Leader Franklin Drilon said local governments should carry out their mandate.

“Ang problema namin (The problem is that) the Supreme Corut said, this is local autonomy. You cannot dictate how they should spend the IRA…and we see here, ‘di po pinopondohan ng LGU ang kanilang responsibildad (The LGUs are not funding their responsibility) and that is to maintain Bahay Pag-asa,” Drilon said.

He also questioned if the Department of the Interior and Local Government ever included the law’s implementation in the agenda of its numerous out-of-town conferences.

Since no DILG representative at the time, Drilon said he would wait for their answer in the next hearing.

Senator Risa Hontiveros said it was the “perfect timing” to discuss the issue, as Congress was set to convene a bicameral conference committee on the 2019 budget.

Senator Paolo Benigno Aquino IV, for his part, questioned proposals to lower the minimum age of criminal responsibility when youth centers meant to take care and rehabilitate children in conflict with the law were not functioning properly.

“Based on my knowledge, there really is not enough funding and implementation. We have to fix that first before we think of lowering the age of criminal liability,” Aquino said in a mix of English and Filipino.

“If the assessment is they are underperforming and with subhuman conditions, then why are we putting children there? Let’s reform that,” he added.

Senate President Vicente Sotto III proposed that funding for Bahay Pag-Asa be transferred to the national government’s responsibility. He added this is already included in his Senate Bill 2026, which seeks to lower the minimum age of criminal responsibility to “above 12 years old,” higher than the House’s proposal of 9 years old.

Tricia Oco, executive director of the Juvenile Justice and Welfare Center, said there are only 63 centers nationwide – 55 LGU-operated, 5 non-operational, and 3 operated by non-governmental organizations. If the law is followed, LGUs should have built a total of 140 centers.

Oco added CICLs are kept in subhuman conditions in many Bahay Pag-Asa, and that these are undermanned.

She also said there are no functional Intensive Juvenile Intervention and Support Centers in any of the country’s Bahay Pag-Asa. IJISC is meant to be a special facility for youth aged 12 to 15 who commit serious crimes.

Senate justice committee Richard Gordon set another hearing on Friday, January 25. He said he would invite the DILG, Bureau of Corrections, the Department of Social Welfare and Development, and the Bureau of Jail Management and Penology, among others.

Gordon said he was eyeing to pass the measure by June, before the 17th Congress adjourns. (READ: Sotto: Senate to prioritize bill lowering age of criminal liability) – Rappler.com