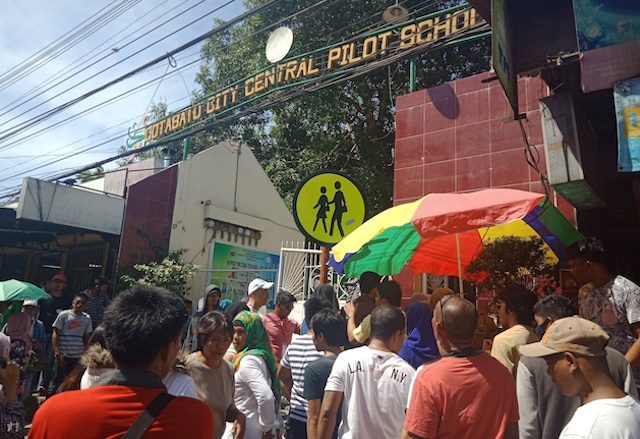 Facebook Twitter Copy URL
Copied
'It did not reflect the true will of the people,' says Mayor Cynthia Guiani Sayadi, adding that she will file a manifestation on the Certificate of Canvass discrepancies

COTABATO CITY, Philippines – Cotabato City Mayor Cynthia Guiani Sayadi  on Wednesday, January 23, disputed the unofficial results of the Bangsamoro plebiscite in her city, claiming “It did not reflect the true will of the people.” (READ: In astounding twist, Cotabato City votes to join BARMM)

The mayor told Rappler on Wednesday that she intends to file a protest before the Commission on Elections (Comelec) and a manifestation on the discrepancy in the Certificate of Canvass on the city’s votes.

The night before, the City Plebiscite Board of Canvassers declared that a majority of Cotabato voters want the city to become part of the envisioned Bangsamoro Autonomous Region in Muslim Mindanao (BARMM).

The Comelec’s assessment of the plebiscite was that it was generally peaceful. Foreign observers shared the observation.

The mayor, who has been the biggest voice against BARMM inclusion in the city, also claims those who voted “no” now faced risks.

“Those who voted ‘no’ are harassed now. Where will they go? Who can protect them?” she said.

Sayadi also wants to call attention to the discrepancy in the Certificate of Canvass, the document that shows the results of the plebiscite in the city and is forwarded to the National Plebiscite Board of Canvassers for the official count.

Asked by Rappler if she intends to file a manifestation in relation to the discrepancy, she said: “Yes. The lawyers are preparing.”

In the COC, the number written down to show the number voters who actually voted  – 39,027 – is smaller than the total number of votes indicated which was at 61,676.

Comelec spokesman James Jimenez, however, said this was a mere “clerical error,” an occurrence expected in manual elections such as the plebiscite. – Rappler.com