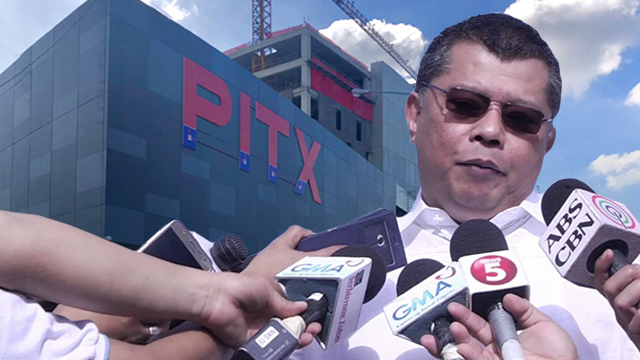 MANILA, Philippines – In a bid to address the difficulties being experienced by commuters coming from Cavite, Governor Jesus Crispin “Boying” Remulla wrote to the Department of Transportation (DOTr), proposing steps to fix the operations of Parañaque Integrated Terminal Exchange (PITX).

With the opening of the PITX, provincial buses from Cavite have required to stop only at PITX, where connecting rides to and from various parts of Metro Manila are barely available. Commuters have been posting on social media how they have to get to work late or have to line up for hours to get a ride because of the system.

In a letter dated January 25 and posted to his Facebook page on January 30, Remulla asks Transportation Secretary Arthur Tugade if measures can be implemented while PITX is not yet fully operational.

“We believe that there are measures that may be implemented for the convenience of a greater number of commnuters, especially those coming and going to our province,” Remulla wrote.

Remulla asked Tugade to allow public utility buses (PUBs) coming from Cavite – whether it’s a provincial or a city bus – to enter Metro Manila and “reach its terminal as indicated in its franchise, passing through PITX to drop off or pick up passengers.”

Commuters’ primary complaint is that they are forced to be dropped off at PITX, as the Land Transportation Franchising and Regulatory Board (LTFRB) ordered provincial bus operators to end their route there. (READ: Lahat ba ng bus kailangang dumaan sa PITX?)

This means additional transportation fare and travel time for commuters.

Remulla also asked the transportation chief to “require all public utility vehicles (PUVs), particulary PUBs and UV Express vans, bound for the province to pick up passengers only at PITX.”

If implemented, the policy would effectively reduce confusion among Caviteño commuters on which PUV to ride, making their travel more seamless.

(For Chairman Martin Delgra III, my only request is for you to study [PITX operations] first. Look at the ordeal my constituents go through.)

Rappler reached DOTr about Remulla’s letter, but department representatives said they have to study the governor’s proposal before issuing a response.

Remulla also suggested in his letter that the national government provide shuttle services to and from PITX.

He identified the following areas where commuters usually get a ride from places of work and schools:

He also appealed to the LTFRB to expedite the processing of pending applications for PUVs to meet commuter demand in Cavite.

Remulla also lamented the delayed construction of the LRT1 Cavite extension – the train is supposed to have a station at PITX, and thus service more commuters to and from the densely-populated province south of Metro Manila.

The modern terminal is still on partial operations, with bus operators still adjusting to the new LTFRB policy. The regulatory board approved the deployment of special shuttle services to and from PITX but applications are still ongoing.