IN PHOTOS: The pink rooms where cops keep children accused of crimes MANILA, Philippines – When children are caught by cops, there are special pink rooms in police stations ready to welcome them.

They are the Women and Children Protection desks. Found in every police station in the Philippines, they handle victims of crimes that victimize women and children.

“It’s pink because it is child-friendly. It’s like it has become a tradition among government service providers. It’s because pink is bright, there is a psychological effect that relieves trauma,” Senior Superintendent Angela Rejano, the head of the national police’s violence against women and children division, said in an interview with Rappler. But these desks also handle cases of children accused of a crime, who, in the eyes of law enforcement, are also victims.

When children are caught committing crimes, policemen keep them first in these pink rooms before turning them over for intervention or prosecution. 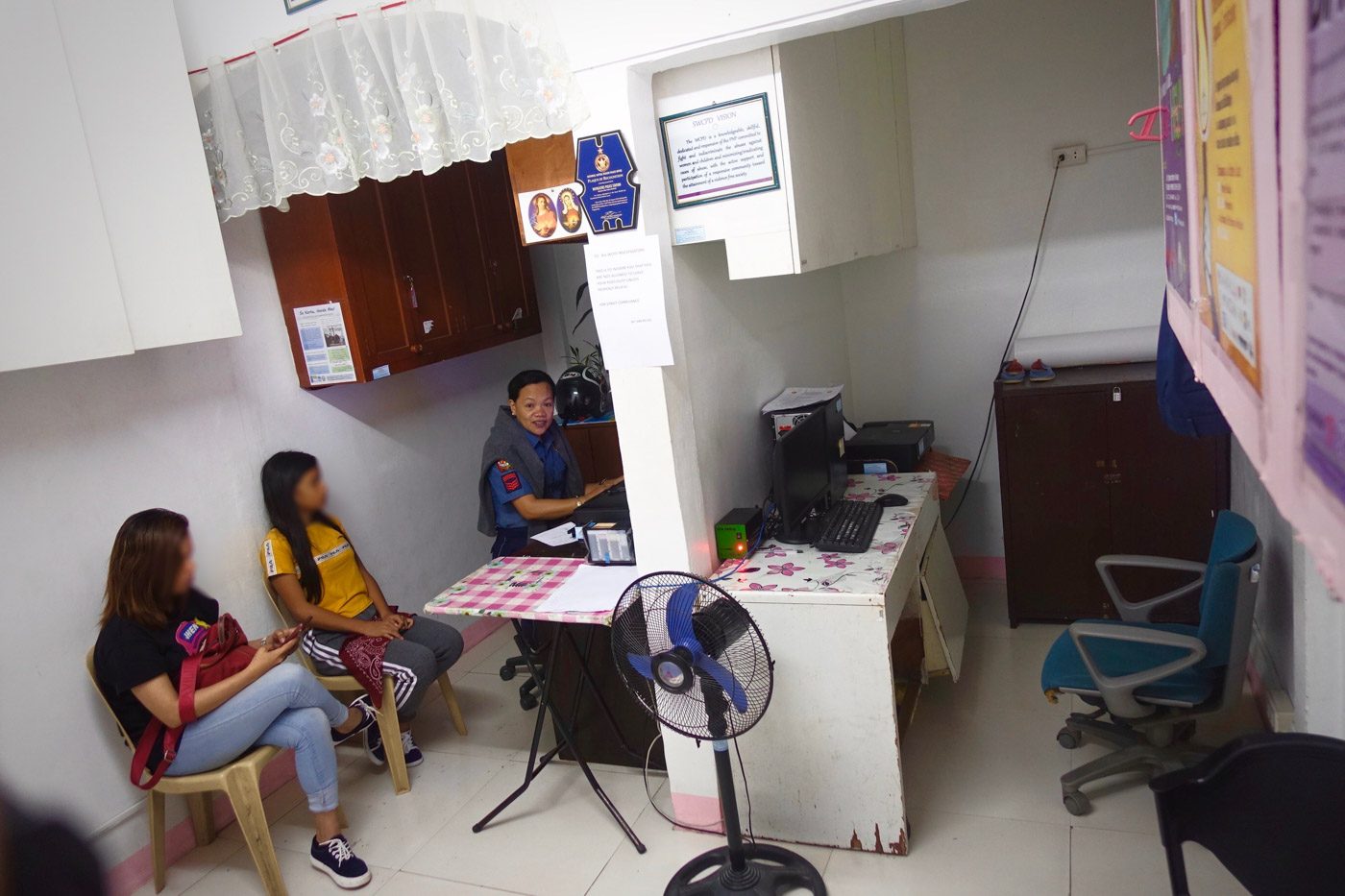 “The protocol is always that they are presumed innocent, and they should be kept in an area separated from adult suspects,” Rejano said.

By law, cops can only keep children for a maximum of 8 hours. While children who only need intervention are turned over immediately, others stay for hours and even spend the night inside the station if their cases are not processed quickly. (READ: When ‘Houses of Hope’ fail children in conflict with the law)

“May kakulangan po tayo sa prosecutors. Ang kakaunti din nila at ang daming kasong dumadating (We lack prosecutors. They are only a few but there are so many cases),” Rejano said, who has over a decade of experience in handling women and children as a law enforcer.

Women cops usually oversee the pink rooms. These women police officers are specially trained to handle children. This mostly involves taking care of the children without making them feel like they are accused of a crime like an adult.

This is difficult for cops, Rejano said, because the children are usually caught by policemen that are not trained to handle children. And their pink rooms are far from being homes. Almost no station has a bed to accommodate children who could stay overnight. There is only space for the desks and files and some chairs in front of them.

Ideally, children accused of crimes are also separated according to gender. The pink rooms, however, have no space for separate accommodations.

The police expect to apprehend more children should Congress and the president lower the age of criminal responsibility to 12.

They are ready to make more arrests, but their rooms, despite its bright pink paint, are not getting any better.