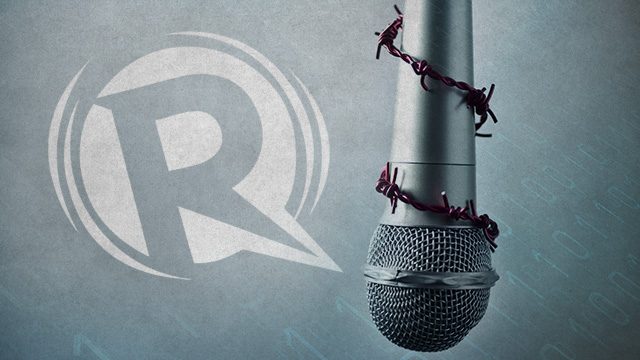 In a press statement, Amnesty International called the charges an “absurd legal attack.”

Amnesty International’s Philippines Section Director Butch Olano added, “In this instance, the anti-cybercrime law has clearly been weaponized against legitimate dissent and free speech. It is all the more ridiculous given that the National Bureau of Investigation, which first reviewed the complaint, dismissed this claim as baseless last year. This repressive law must be repealed by the government and charges dropped against Ressa and Rappler.”

The ASEAN Parliamentarians for Human Rights also reacted in a tweet saying, “The crackdown on critics under #Duterte must end.”

The crackdown on critics under #Duterte must end.
– #Philippines announces libel charge against critical journalist @mariaressa of @rapplerdotcom.https://t.co/GNGStXv9dC pic.twitter.com/vELgFLU3xL

“It would be almost laughable if it weren’t for the terrible judicial precedent that this decision would set, if upheld. We urge the court that handles this case to show independence and wisdom by dismissing it once and for all,” he added.

The National Union of Journalists of the Philippines (NUJP) meanwhile called electronic libel “an institutionalized threat to free expression specially in the internet age” due to how the internet democratizes access to information.

The NUJP’s statement said that the charges were “an extremely dangerous proposition since it essentially means anyone can be made liable for anything and everything they posted even way before the Cybercrime Law so long as it remains on the Web and is accessible.

“These legal acrobatics plus the timing of the complaint’s filing make it hard to shake off the suspicion that the law has deliberately been weaponized against Rappler as part of this administration’s efforts to take it out because of the chief executive’s extreme dislike for the outfit.”

“We stand with our affiliate NUJP and our colleagues in the Philippines. We also support the effort of the NUJP to revise the libel law which will throw out the criminal aspect. We urge all charges to be dropped immediately and for the government to end its targeted attack on Rappler,” the IFJ added.

Ressa described the indictment as “evidence that the law has been weaponized.”

She noted that the National Bureau of Investigation’s lawyers recommended in February last year that the complaint be thrown out, only to revive it a week after.

PEN America, in a statement on Friday, February 8, called the charges “toxic” to freedom of expression and democracy.

“The latest charges against Maria Ressa and Rappler lack any clear legal basis and represent an overtly politicized attempt to further cow this brave investigative journalist and her colleagues into submission and silence,” said Karin Deutsch Karlekar, Director of Free Expression at Risk Programs of PEN America.

This type of harassment of reporters is toxic to freedom of expression and democracy. We call on the Philippine authorities to drop the absurd charges against @mariaressa and @rapplerdotcom‘s journalists immediately. https://t.co/lUQ5aKue8o

It also called on the Philippine authorities to “cease legal and administrative intimidation” against Ressa and Rappler journalistsm, and to “drop the absurd charges immediately.”

The indictment came barely two months after the same department charged Rappler Holdings and Ressa with tax evasion before the Court of Appeals. Ressa appealed that decision, but the DOJ dismissed it.

In their response to the cyber libel complaint, Ressa and Santos argued that the cyber crime law did not differentiate cyber libel from the ordinary crime of libel penalized under Article 355 of the Revised Penal Code.

Ressa cited a Supreme Court resolution on the cybercrime law: “But, again, online libel is not a new crime. It is essentially the old crime of libel found in the 1930 Revised Penal Code (RPC) and transposed to operate in the cyberspace.”

Since they’re the same, Ressa said Article 90 of the RPC extinguishes criminal liability within one year.

Rappler maintained that the cases were all triggered by President Rodrigo Duterte’s attack against the company in 2017. – Rappler.com