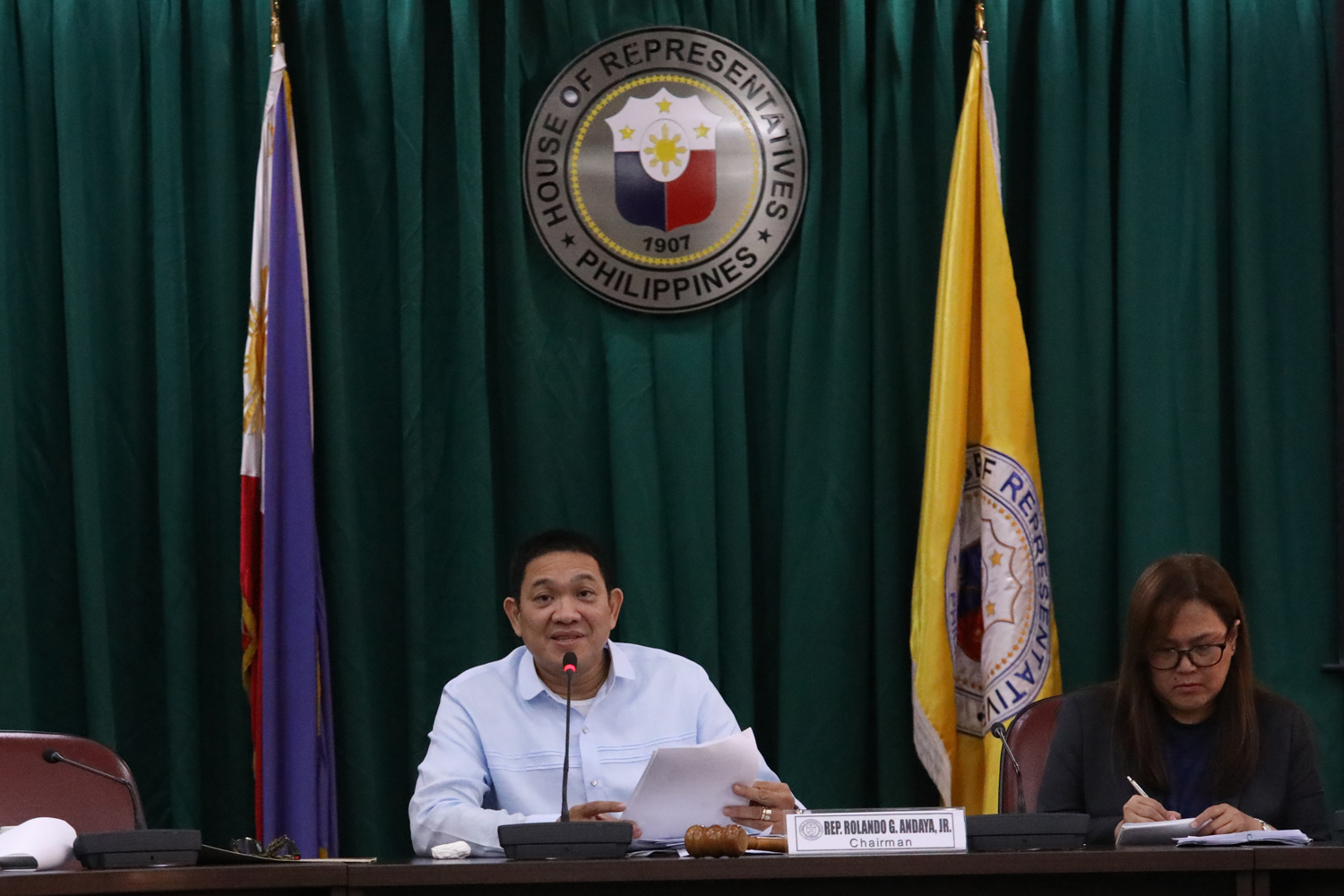 Andaya made fresh allegations against the Cabinet official at the resumption of the House panel’s investigation into alleged anomalies in the 2018 budget and the proposed P3.757-trillion budget for 2019 on Friday, February 8.

Andaya said Diokno supposedly wanted to use the P40 billion as hush money so lawmakers will not touch the P75 billion the Department of Budget and Management (DBM) added to the Department Public Works and Highways (DPWH) budget for 2019. (READ: Andaya grills Diokno over P75-B ‘insertion’ in DPWH budget for 2019)

“This P75 billion is allocated in legislative districts, and as the majority leader [then], this is my concern. Secretary Diokno tried to buy our cooperation by offering the House P40 billion for us to shut up about the P75-billion insertion,” said Andaya, who was House majority leader before chairing the appropriations panel.

“He said I will get it from the savings of 2018. That is why I am asking about the savings of DBM. That piqued my curiosity because they tried to buy our silence with that amount. I wish the secretary was here to hear this,” he added.

Andaya, who has accused Diokno of corruption, said this P40 billion would supposedly be sourced from the 2018 government savings worth P97 million. The Cabinet official allegedly dangled the multibillion-peso bribe before Andaya during one of their meetings earlier this year.

In an interview with reporters after the hearing, Andaya claimed Diokno’s exact words during that meeting was: “‘I will give you P40 billion from savings. Don’t touch the P75 billion.’”

But the House did not accept the alleged bribe. Andaya said Speaker Gloria Macapagal Arroyo warned him against doing so.

“It is again one of his wild and baseless accusations. If I were trying to silence the committee, why would I even bother to submit to them the 2017 and 2018 savings for their review?” said Diokno.

The appropriations committee summoned Diokno to the hearing on Friday, but the DBM chief did not show up.

He invoked Section 8 (3) of the Rules of Procedure Governing Inquiries in Aid of Legislation of the House of Representatives, which states that a subpoena shall be served to a witness at least 3 days before a scheduled hearing.

The House panel issued the subpoena to Diokno only on Thursday, February 7.

Diokno sought the rescheduling of the hearing, but he provided the committee copies of the government savings and utilization of fiscal years 2017 and 2018.

Andaya previously linked the Cabinet official to Aremar Construction, a firm that is supposedly using dummy contractors to corner big-ticket government projects in Sorsogon. Diokno’s in-laws are among the executives of Aremar Construction. – Rappler.com