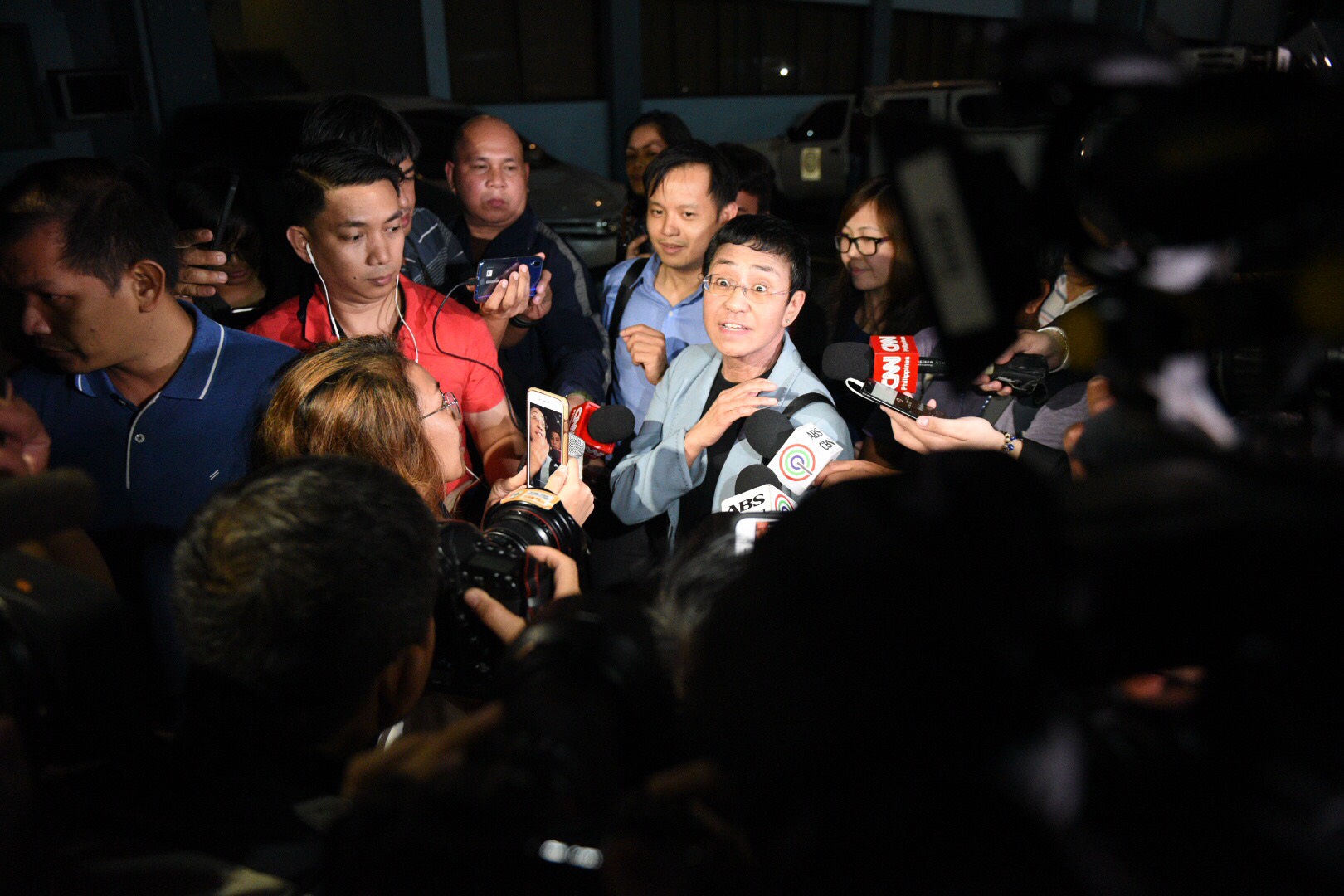 MANILA, Philippines – Canada voiced concern on Thursday, February 14, about the arrest of Rappler CEO Maria Ressa over alleged cyber libel for a story published 7 years ago.

“Deeply troubled by reports that @mariaressa has been arrested in the #Philippines,” said Canadian Foreign Minister Chrystia Freeland.

“A free press is a bedrock of democracy. Canada reiterates its call for due process to be respected and for journalists to be free from harassment and intimidation,” said Freeland, a former journalist.

Canada’s top diplomat tweeted this on Thursday as Ressa was detained at the National Bureau of Investigation. The Rappler CEO has since posted bail.

In December 2018, Freeland also said Canada “remains deeply concerned for the security and safety” of Ressa.

In a separate statement, United States Senator Brian Schatz said he is “deeply concerned by reports that journalist Maria Ressa has been arrested on trumped-up charges in the Philippines.”

“These charges should immediately be dropped, and Ms Ressa should be free to go about her work. Instead of trying to silence journalists who are accurately reporting the news, the Filipino government should focus on protecting democracy and defending the country’s constitution, including its commitment to a free press,” Schatz said.

Ressa is facing a string of cases in the Philippines as the Duterte administration slams Rappler for its critical coverage. International news groups and journalists have condemned the threats to press freedom under Duterte’s watch. (READ: Maria Ressa’s arrest part of broader gov’t campaign, say rights groups) – Rappler.com