Feb 23, 2019 7:38 PM PHT
Rappler.com
Facebook Twitter Copy URL
Copied
Reports that certain personnel of the BJMP were in cahoots with some inmates in the illegal drugs trade inside the jail triggered the Oplan Galugad at dawn, says the Davao City police spokesperson 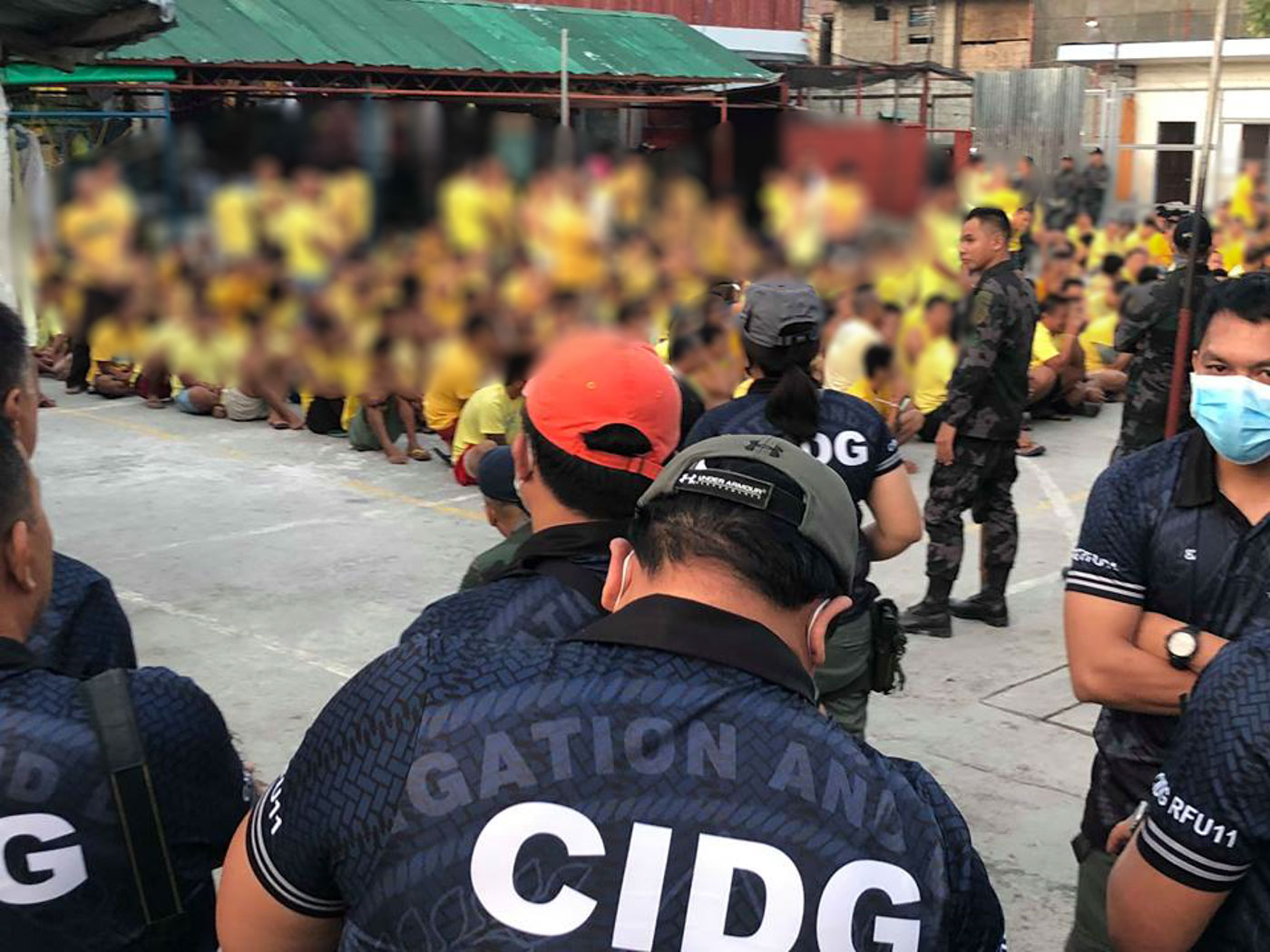 DAVAO CITY – Four inmates were killed while 4 members of the Davao City Police Office (DCPO) were wounded during a pre-dawn surprise inspection at the Davao City Jail in Barangay Ma-a here on Saturday.

Ma. Theresita Gaspan, the DCPO spokesperson, said the surprise jail inspection was conducted following reports that illegal drugs, particularly shabu, was prevalent in the facility, which has over 3,000 inmates.

Gaspan said while the search was being conducted around 3:20 am in coordination with the Philippine Drug Enforcement Agency, authorities noticed that 4 inmates refused to come out of their cells for body search and collection of urine for the random drug.

When they were forced to come out, they attacked law enforcers with bladed weapons and improvised guns, locally known as sumpak, she said.

“The police launched Oplan Galugad following reports that some personnel of the Bureau of Jail Management and Penology (BJMP) are in cahoots with some inmates in the illegal drugs operation inside the city jail in Barangay Maa,” she said.

During the conduct of the raid, Jail Chief Inspector Roman Hernandez, whom Gaspan said was a “high-value target,” tested positive for drug use. Hernandez is provincial jail administrator of Davao del Sur.