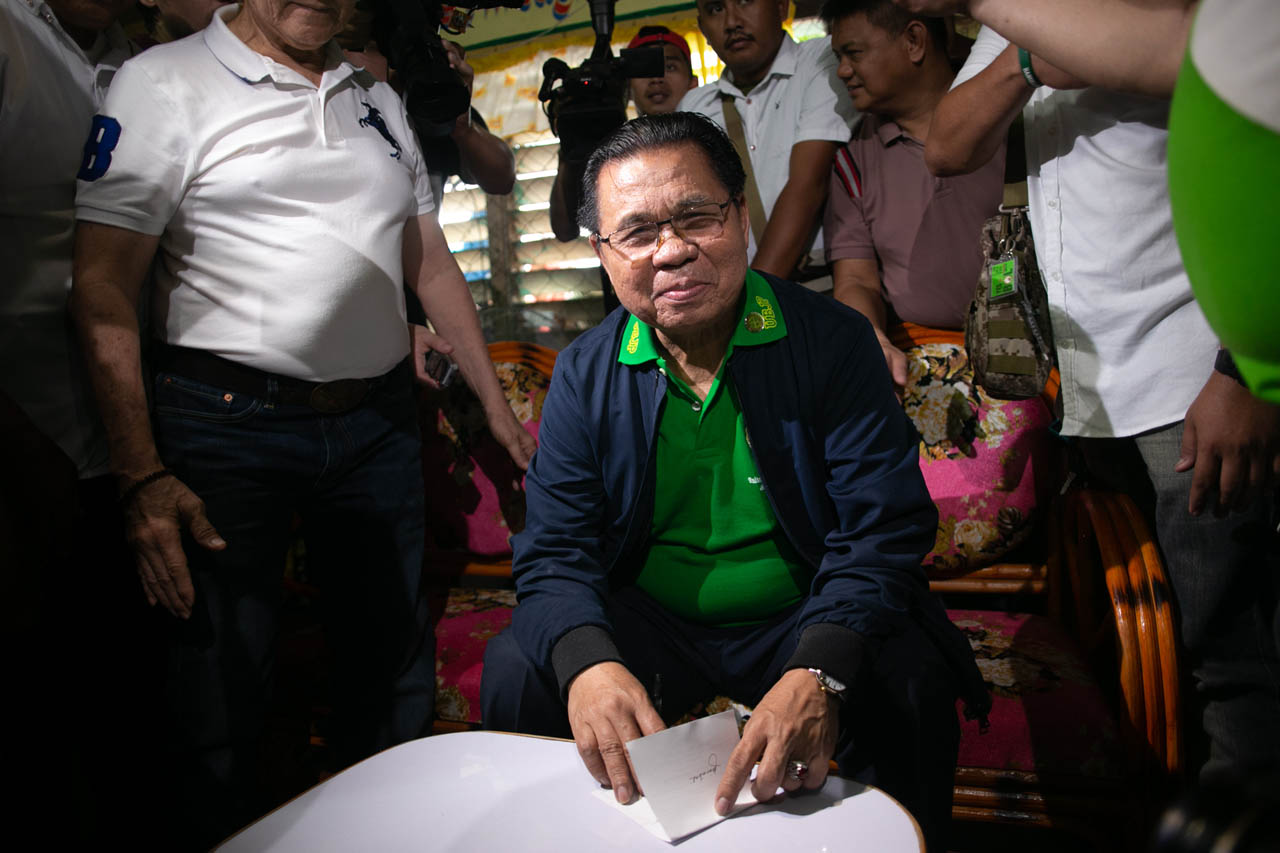 MANILA, Philippines – Murad Ebrahim’s life as the Philippines’ top Muslim rebel led him into fierce jungle combat and to meet with Osama bin Laden, but a very different challenge now awaits him: governing.

Murad has been tapped to lead the majority-Catholic nation’s brand new territory in the restive south where Muslims have won new powers and an influx of cash in a push for peace.

After decades as a rebel, Murad will need to become a bureaucrat and complete complex projects as chief minister of the body that will steer the new Bangsamoro region until elections in 2022.

“We also see the difficult challenge we will be facing ahead. To us, the struggle is not yet over,” the 70-year-old Murad told Agence France-Presse. “This is only another level of the struggle.”

That deal led to the creation of the Bangsamoro, which is based on the southern island of Mindanao and was overwhelmingly approved in a January vote.

Rebels and the government hope the new region, which is getting an influx of cash, will be able to bring sorely needed development to the violence-plagued area.

The son of an Islamic preacher, Murad was orphaned early on as he lost his mother when he was only one and his father at 13.

He studied civil engineering at the Catholic-run Notre Dame University in southern Cotabato City, where he learned fluent English.

But in his senior year, he dropped out to join an underground movement that he said defended Muslims targeted by Christian paramilitary groups and security forces under former dictator Ferdinand Marcos.

In the 1980s Murad said he was in Afghanistan to visit Filipino rebels who joined anti-Soviet forces but he denied fighting alongside them. It was there where he met future Al-Qaeda chief Osama bin Laden.

“Osama bin Laden was very soft spoken. I did not think he would eventually be declared a world enemy because he was a very refined person,” Murad told Agence France-Presse.

Murad became MILF’s military chief, known as a calm but sharp tactician. He led a difficult life in jungles and marshlands, with his two sons born at the height of the fighting.

During his years as commander, Murad led battles not from afar but joined his men at the frontlines, said presidential peace adviser and former military chief Carlito Galvez.

“We did not see him committing any abuses,” Galvez told Agence France-Presse. “He fought not because of an urge to kill. He saw that fighting is not between people but between ideologies, to correct an injustice.”

After Salamat’s death in 2003, Murad took over as leader and earned the respect of colleagues for building consensus, observers said.

“He is the best, if not the only real choice (for Bangsamoro chief minister),” former presidential peace adviser Teresita Deles told Agence France-Presse. “He has never been one to think power is all his.”

Murad will also have to deal with resentment from families of civilians and soldiers killed or affected by previous battles, according to Julkipli Wadi, a professor of Islamic studies at the University of the Philippines.

“Murad should extend a hand of reconciliation even to (non-Muslims) so he would be able to extract himself from the ghosts of the past,” Wadi told Agence France-Presse.

“He is walking a tightrope where he has to juggle a lot of sensitive issues.”

But the guerrilla leader has lived through too many wars to give up. For Murad, his 9 grandchildren are a reminder that there is no alternative to peace.

“I never had a normal life. My dream is for them to experience and enjoy it,” he said. – Rappler.com