Feb 25, 2019 11:17 AM PHT
Rappler.com
Facebook Twitter Copy URL
Copied
As fuel serves as a key component in production of goods, a number of senatorial candidates called for a repeal in the fuel excise tax law 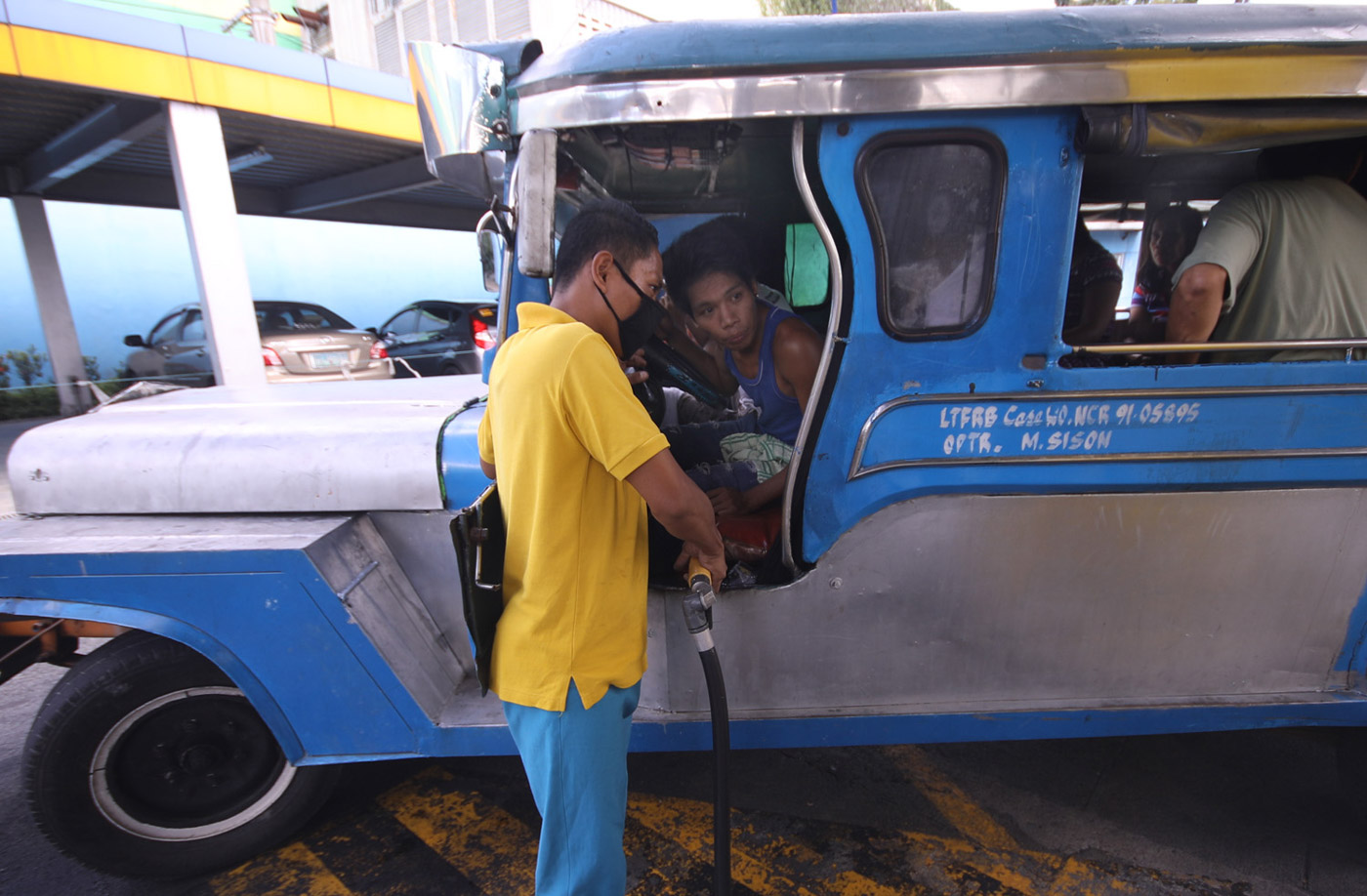 MANILA, Philippines – Senatorial candidates voiced their strong opposition against the Tax Reform of Inclusion and Acceleration (TRAIN) Law, which they claimed to be the reason behind the increasing prices of goods.

During the second installment of “Harapan 2019: The ABS-CBN Senatorial Town Hall Debate” on Sunday, February 24, Bayan Muna chairman Neri Colmenares dismissed claims that the increase in taxes are needed for government funds.

In 2018, the government was set to suspend the second increase in fuel excise tax due to the climbing prices of fuel in the world market. By December, however, President Rodrigo Duterte decided to continue with the increase. (READ: [ANALYSIS] New year, new fuel taxes: Do we really need them?)

“The government always says, where will we get the funds? There are a lot of funds in the government, so there is no need to impose [additional taxes],” Colmenares said in Filipino.

“The fund of the government is in the pork barrel, it’s in the risk reduction fund. Billions are spent on roads that lead to nowhere, billions are spent on bridges where there are no rivers. We should divert those funds. Remove the tax and direct these funds to social services,” he added. (READ: Poor to be shielded from fuel excise tax increase – DOF)

Colmenares also said that if the prices of gasoline, electricity and water increase, this would also lead to higher prices for other goods.

Magdalo Representative Gary Alejano, who also believes that the TRAIN law should suspended, said that there should be a better collection of taxes instead from the Bureau of Internal Revenue and the Bureau of Customs.

“Our country should also have a clear food security strategy. Not just any policy that comes and goes. Rice and fish have a big effect in the inflation. The implementation of the policy is a failure because the importation of rice was not at the right time and so was the buying of the palay from the farmers,” Alejano said in Filipino.

Aside from this, the Otso Diretso senatorial candidate also hit the recently-passed rice tariffication law, which he said “will kill the farming industry of our country.”

“We should also help the fishermen so that they can provide food as well for our country,” he added.

Both former Pagsanjan, Laguna mayor Abner Afuang and election lawyer Romulo Macalintal hit lawmakers who sponsored and pushed for the passage of the excise tax increase.  Macalintal also said that the excise tax should be reviewed.

“The problem is, you keep on voting for the people who increase the prices of our goods. Don’t elect those kinds of senators,” Macalintal added.

Independent candidate Agnes Escudero, for her part, linked taxes to corruption in the government.

“I believe these taxes should be removed. They should not pass on the burden from their corruption to us,” she said in Filipino.

Unlike the other candidates who had pointed to the increasing price of petroleum products as the reason for higher prices of goods, Escudero, said that the prices rely on the health of the country’s gold reserves “because it is where we print money.”

“If the gold reserve is healthy, the flow of the economy is good. Our country can have a lot of infrastructure and generate jobs,” she said in Filipino.

“But if the gold reserve is not used correctly, then we citizens will be affected because the taxes will be imposed on us.”

Former congressman and Otso Diretso senatorial candidate Lorenzo “Erin” Tañada III, who also called for the suspension of excise taxes, said that “there should be a study if there should only be one minimum wage nationwide.”

Only two of the present senatorial candidates during the debate had offered alternative answers apart from blaming the TRAIN law.

While Otso Diretso senatorial candidate Mar Roxas also linked the increasing prices for transportation to other goods, he said that the local farmer should be supported to reduce the depedence from imports.

“[F]ellow Filipinos should feed Filipinos. It is our money which is used to buy imported rice, it goes to other countries instead. It should be given to the Filipino farmers, which would circulate within our country,” he said in Filipino. (READ: Duterte orders NFA to prioritize buying rice from PH farmers)

“[W]e can help our own and there will be enough supply, bringing down the prices.”

Former Consultative Committee spokesman Conrado ‘Ding’ Generoso said that while it is easy to say to remove tax, it won’t happen. Generoso, like Roxas, noted that the prices would increase due to the low production of farm goods.

“The first thing we should do is to improve our productivity. We should industrialize, and link agriculture to industrialization. Every day, tons of vegetables rot in the markets but if that is processed, we wouldn’t have to import from other countries,” he said in Filipino.

Despite this, Generoso said that the fuel tax should be removed because it is a vital component to producing other goods. –Rappler.com