Feb 26, 2019 11:24 PM PHT
Pia Ranada
Facebook Twitter Copy URL
Copied
'The last 3 years of my term will be the most dangerous for people into drugs,' says President Rodrigo Duterte in a gathering of mayors 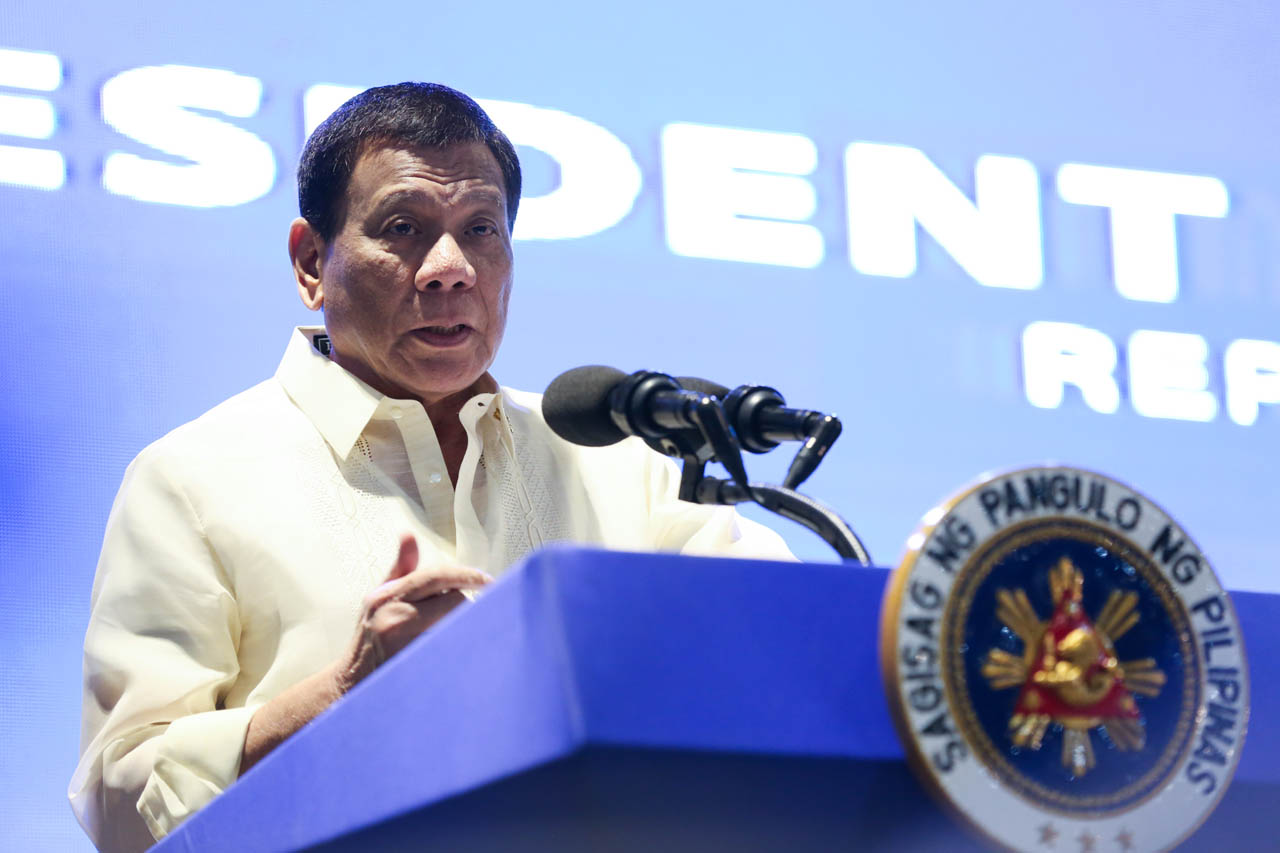 MANILA, Philippines – President Rodrigo Duterte warned personalities linked to drugs that the last 3 years of his term will be the “most dangerous” time for them.

“The last 3 years of my term will be the most dangerous for people into drugs. Ito ang pinaka-dangerous na panahon kaya huwag kang pumasok (This is the most dangerous time so don’t get into it). Everyone is put on notice,” he said on Tuesday, February 26.

He was speaking at the general assembly of the League of Municipalities of the Philippines in Manila. His audience was composed mainly of mayors.

For the past few days, Duterte has been saying he will step up his campaign against illegal drugs given that he only has 3 years left in his presidency.

“Handa akong makulong (I’m ready to go to jail). I’m ready to face the consequences and maybe that will be my destiny,” he said.

The campaign against illegal drugs has been the Duterte administration’s banner program, gaining the President widespread support among Filipinos but also much condemnation from human rights groups, foreign leaders, and critics. – Rappler.com