Feb 27, 2019 9:58 AM PHT
Aika Rey
Facebook Twitter Copy URL
Copied
With its latest victory at the Court of Appeals, the Talents Association of GMA Network calls on fellow industry workers 'to not be scared, and to not give up' 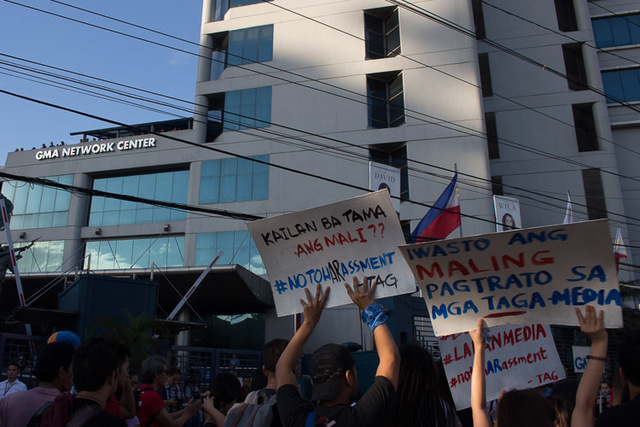 MANILA, Philippines – Workers of broadcast giant GMA Network are hoping that their regularization case victory at the Court of Appeals (CA) would inspire others facing similar challenges to “fight for their rights.”

In a statement Thursday, February 26, the Talents Association of GMA Network (TAG) said that it welcomes the decision of the CA that there is an employee-employer relationship between the network and the workers.

“[T]he purpose was always clear to us – to shine the light on a prevalent issue that affects millions of Filipinos, and to increase the pressure on companies and the government to stop this unjust, inhumane, and illegal labor treatment,” TAG said.

The decision stemmed from a case filed at the National Labor Relations Commission against GMA in 2014, for its refusal to regularize “talents” whose contracts were continually renewed over a course of a period. NLRC ruled in favor of the workers.

Despite the victory, TAG said it is aware that GMA can still elevate the case to the Supreme Court.

“They have the vast resources to fight us out in court, but we believe that what we lack in money and connections, we make up for by our best asset – the truth,” TAG said.

TAG said it is hoping to set a legal precedent for talents across networks. (READ: GMA-7’s talents: We’re thinking of future journalists)

“We ask you to help us spread this news and hopefully inspire many others to fight for their rights, to not be scared, and to not give up. There will be more battles ahead but we vow to face all of them head on,” TAG said.

The talent system has been long practiced across networks, with many media workers not receiving law-mandated benefits despite their heavy workload.

In another ruling in 2017, NLRC ordered GMA to reinstate the illegally dismissed workers. – Rappler.com