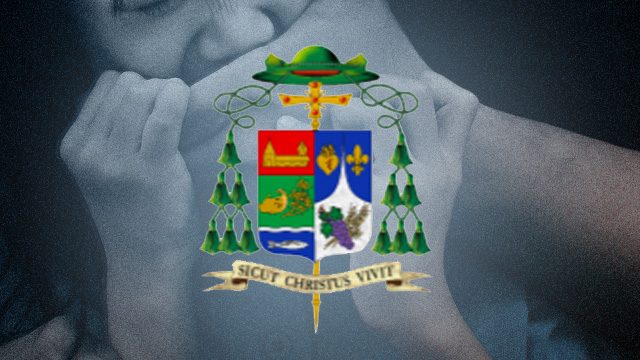 NEGROS OCCIDENTAL, Philippines – A parish priest here is facing a rape complaint after he was accused of molesting a 4-year-old girl in Cadiz City.

Chief Inspector Robert Mansueto, city police chief, said charges for violation of Republic Act 8353 or the Anti-Rape Law of 1997 in relation to RA 7610 or the Special Protection of Children Against Abuse, Exploitation, and Discrimination Act, was filed before the City Prosecutor’s Office on Wednesday, February 27.

He said the incident happened on February 8 inside the comfort room of the convent. The priest allegedly kissed the minor and played with her private part, the police chief added.

The victim, a pupil of the daycare center in the parish church, was negative of laceration, based on her medical results.

Mansueto said the mother noticed the strange behavior of the minor as she was hesitant to go with her at the church, where she was working.

When the victim was questioned, she revealed the incident to her mother, who sought the help of the police.

The victim’s family reported the incident to the police on February 23.

In a statement, Bishop Gerardo Alminaza of the Diocese of San Carlos said they are “greatly saddened and shocked that a young child is alleged to have been molested by one of our clergies.”

The accused’s parish belongs to the Diocese of San Carlos.

Alminaza said the priest who was accused of molestation informed him about the allegation. “Our brother-priest, to his credit, was prompt to inform me of such allegation to which he assured me he didn’t do. He himself was shocked to be accused of such action and he is willing to face the allegation to prove his innocence,” the bishop said in the statement.

“We also acknowledge his right to be presumed innocent until proven otherwise and we are committed to assist and cooperate in the process so the truth will come out and justice is served,” he added.

He said they reached out to the family of the minor. “We assure the family we are concerned that their child is given proper care and intervention and we have asked our parish leaders to reach out to them on our behalf.”

He added the diocese has also offered help and support to the accused and his family as well as the affected parish community.

The accused priest has been removed from the parish following the incident.

Alminaza said he already assigned a priest to “take over temporarily the shepherding of the parish concerned” in order to give the accused time to spiritually prepare himself to face the allegations and to give way for an impartial investigation.

While the diocese will allow the legal process to take its course, the church will proceed with its own canonical process which involves providing pastoral care to the alleged victim and accused and whoever is involved in the investigation, he said.

“We are committed to search for truth and to make sure the process will be fair and just to both parties and whoever is responsible will have to face the consequences,” he added.

He also asked the Catholic faithful “to pray for everyone involved in this case, sharing the pain of the alleged victim and her family, the accused and his family and the faith community that’s directly affected by it.” – Rappler.com