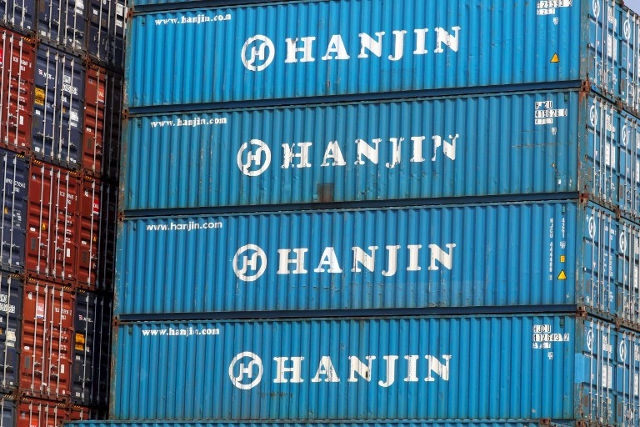 ZAMBALES, Philippines – The remaining workers of the financially troubled Hanjin Heavy Industries and Construction-Philippines on Friday, March 1, accused the giant shipbuilder of barring them from entering the company’s premises in Subic.

Virgilio Rodrigo, general secretary of the workers’ group Samahan ng mga Manggagawa ng Hanjin, said 100 workers staged a protest rally at one of the company’s main gates at 7 am after they were not allowed to report for duty.

The workers said they could no longer swipe their company IDs at the facility’s entrance.

According to Rodrigo, the workers who were locked out of the shipyard belonged to the remaining group which refused to accept the voluntary retrenchment package previously offered by Hanjin management.

The protesting workers held banners demanding the company to give them their jobs back.

He said the workers were given the promise that they would receive their salary for March and separation pay.

Hanjin had earlier declared bankruptcy because it owed some $400 million from Philippine banks aside from $900 million in debts from lenders in South Korea.

Last month, the court granted its petition for receivership and placed the South Korean shipbuilding firm under corporate rehabilitation.

Its liquidity problem had forced it to lay off more than 7,000 workers in December last year. – Rappler.com