Mar 4, 2019 10:21 AM PHT
Rambo Talabong
Facebook Twitter Copy URL
Copied
'There is something amiss with how the questions are framed,' PNP chief Oscar Albayalde says 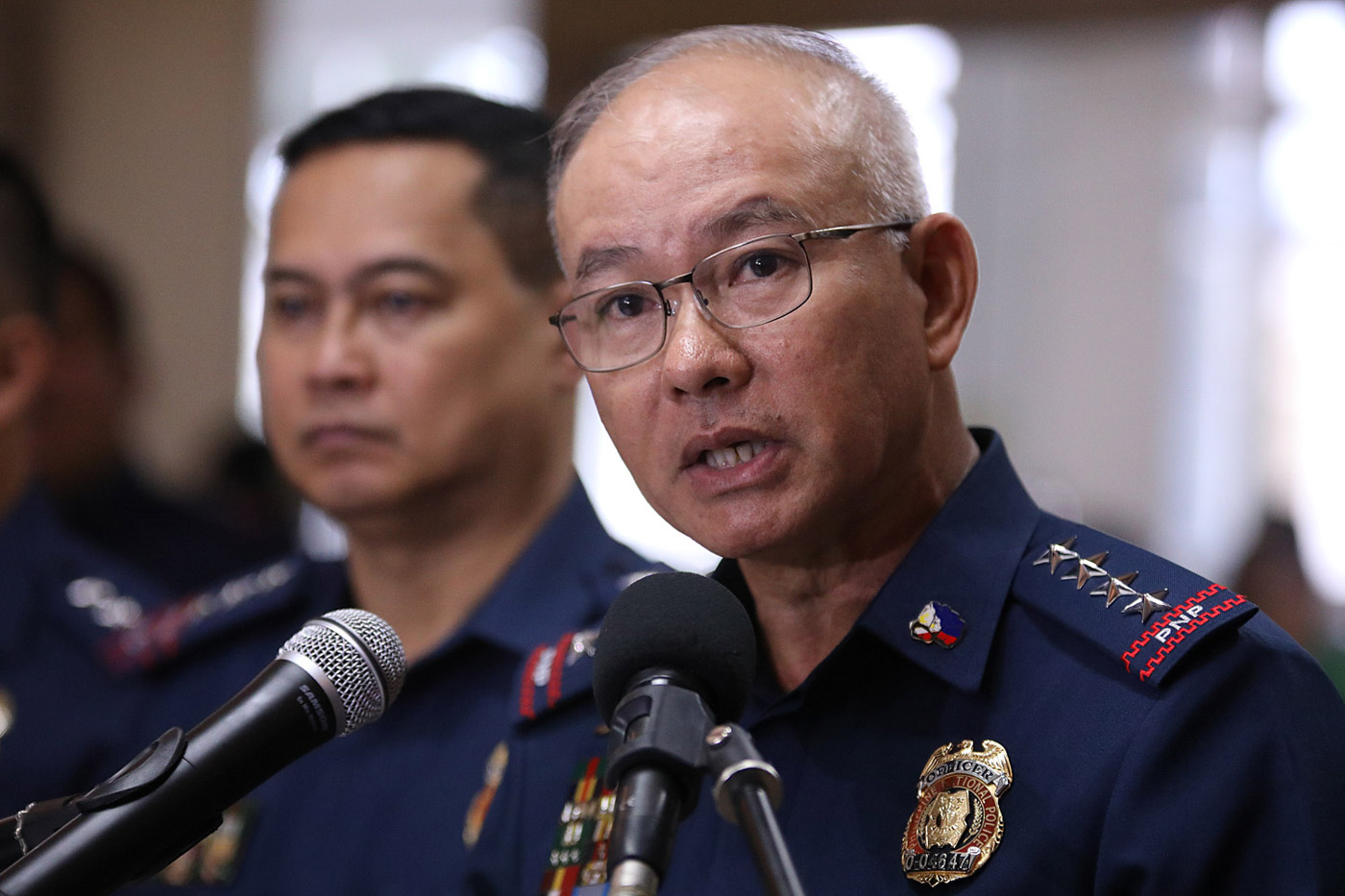 MANILA, Philippines – The Philippine National Police (PNP) believes that the survey on the perception of extrajudicial killings (EJK) in the country was incorrectly done by polling firm Social Weather Stations (SWS).

“I don’t want to dispute the statistics derived from SWS except there is something amiss with how the questions are framed in relation to the perception [of] the alleged police involvement in illegal drugs and alleged EJK,” PNP chief Director General Oscar Albayalde read from a prepared statement in a Camp Crame briefing on Monday, March 4.

In a survey conducted from December 16 to 19, 2018, the SWS found that 78%, or almost 4 out of 5 Filipinos, are worried that they, or someone they know, will be a victim of EJK amid the administration’s relentless campaign against illegal drugs.

According to the police chief, the question of the SWS was leading, and bound to evoke fear from respondents because of its phrasing, “How worried are you that you or anyone you know will be a victim of ‘extrajudicial killing’ or EJK?”

Albayalde added that the SWS should have “provided a briefing to define EJK.”

How is EJK defined? The PNP definition of EJK follows Administrative Order 35 of the Aquino administration.

The order defines EJKs as committed by “state and non-state forces” to silence, “through violence and intimidation, legitimate dissent and opposition raised by members of the civil society, cause-oriented groups, political movements, people’s and non-governmental organizations, and by ordinary citizens.”

However, there is a new definition of EJK that bolsters the high number of claims of human rights advocates. Newly-signed Republic Act No 11188 or the Act for Special Protection of Children in Situations of Armed Conflict defines EJK as follows:

“Extrajudicial killings refer to all acts and omissions of State actors that constitute violation of the general recognition of the right to life embodied in the Universal Declaration of Human Rights, the United Nations Covenant on Civil and Political Rights, the UNCRC and similar other human rights treaties to which the Philippines is a state party.” – Rappler.com