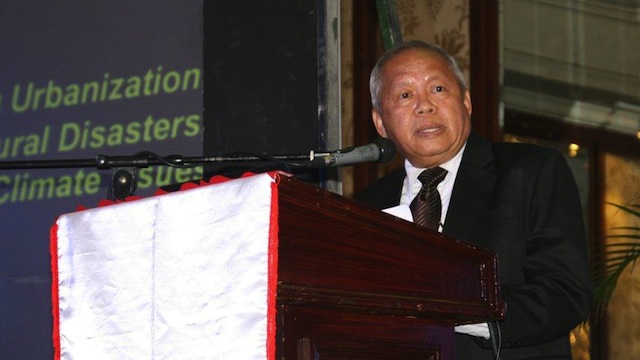 Dooc confirmed this to Rappler on Wednesday, March 6. He said he was leaving his post because the newly-signed law overhauling the SSS Charter means his term of office has expired.

“My term of office automatically expired yesterday upon effectivity of the new SSS Charter,” he said.

“Yesterday, I wrote President Duterte that in order to give him a free hand to appoint my successor, I am voluntarily and irrevocably stepping down from my position as PCEO of SSS effective immediately,” he added.

Prior to his appointment as SSS president, Dooc was a well-regarded Insurance Commissioner, serving in that post from 2011 to 2016.

His resignation from the SSS comes amid a series of shakeups among President Rodrigo Duterte’s appointees in charge of government finances, starting with the death of Bangko Sentral ng Pilipinas Governor Nestor Espenilla and the exit of Benjamin Diokno as budget secretary so he can take over the BSP post. – Rappler.com