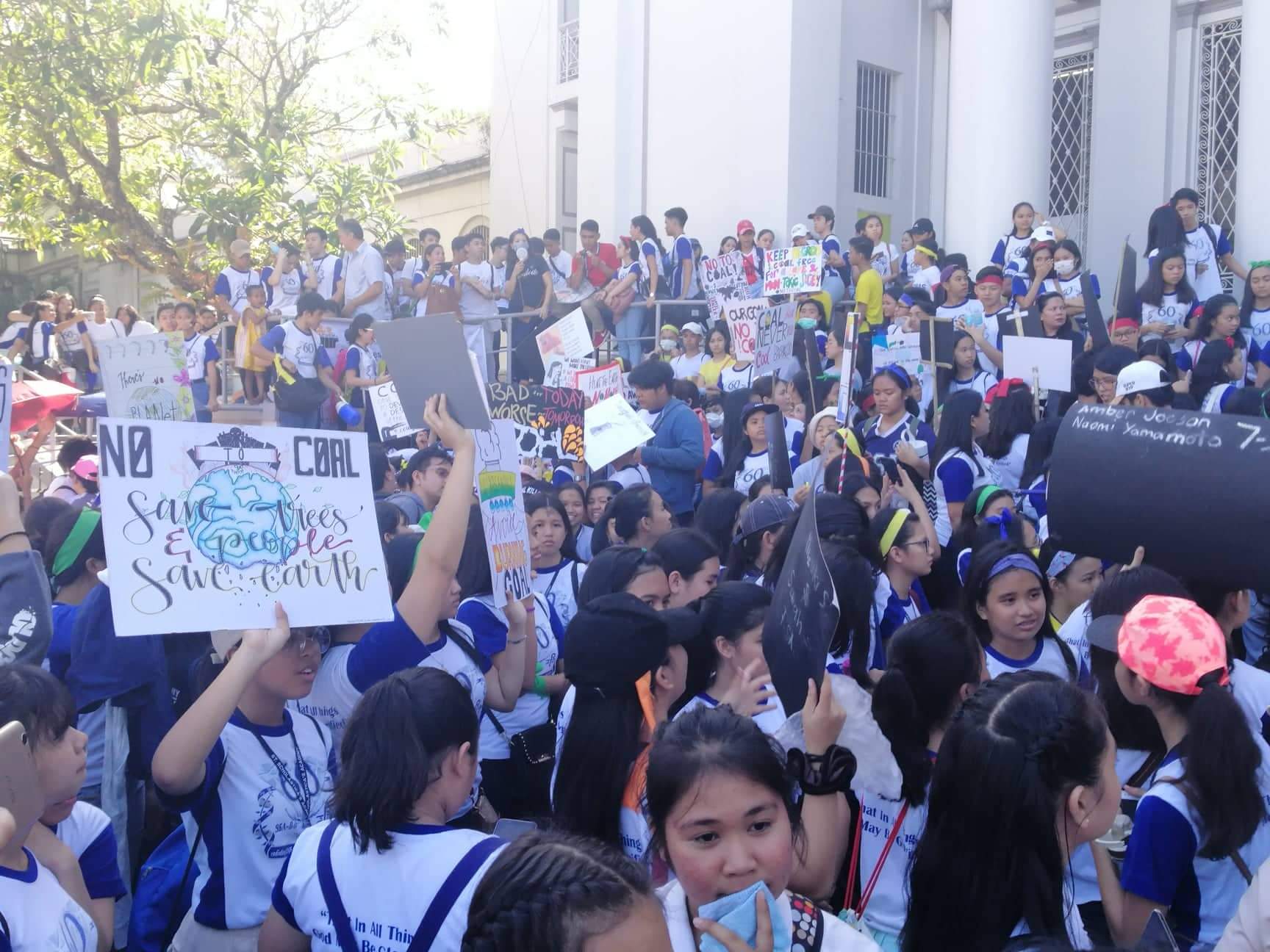 Negros Occidental Governor Alfredo Marañon Jr made this declaration during the “Youth Strike for Negros,” a silent protest participated by hundreds of youth leaders calling for urgent action from the provincial government, Wednesday, March 6, at the Capitol grounds.

He also signed an Executive Order (EO) declaring the province as a source of clean and renewable energy and coal-free. The announcement pumped up the young crowd.

The EO said the Renewable Energy (RE) Act of 2008 provides it is the state’s policy to encourage the development and utilization of RE sources as tools to effectively prevent or reduce harmful emissions and thereby balance the goals of economic growth and development with the protection of health and environment.

“More and more countries have been decommissioning its coal-fired power plants due to the damage it causes to the environment and in fact have been shifting to RE projects,” it said, adding that with proper technology transfer, the province has the landscape, capacity, and resources for further development and investment in RE projects.

These projects will not only address the energy supply but will also maintain the agricultural economic and social landscape of the province, the EO added.

“With recent developments in technology, especially in the renewable energy sector, the province is more than ever inspired and committed to achieve its thrust in producing and using clean and renewable energy and furthermore will not, in any manner, tolerate projects in complete opposition of the same,” it said.

The EO also tasked all department heads in the provincial government to pursue a policy on renewable energy.

It also directed the establishment of the Provincial Renewable Energy Council, a policy-making body in formulating measures encouraging renewable energy programs for a greener and energy-sufficient province.

The council will be chaired by the governor.

The EO also recommended to the Sangguniang Panlalawigan the passage of Renewable Energy Ordinance, further stating opposition to the setting up of a coal-fired power plant in the province.

San Carlos Diocese Bishop Gerardo Alminaza, who joined the movement, was upbeat after the provincial government made a stand on the issue.

He said the EO is an additional backbone and will strengthen the opposition forces against the entry of dirty energy sources like coal.

“As the generation that will be inheriting the consequences of these actions and non-actions, it is imperative that we assert our voice and show that we too demand to be involved in these decisions,” said Krishna Ariola, lead convenor of Youth for Climate Hope.

“The government’s decisions on environmental issues in the province directly concern the youth, in a sense that it is the youth’s future that is directly at stake here,” she added.

There was a proposal earlier by SMC Global Power Holdings Corporation to develop a 300-megawatt coal-fired power plant in San Carlos City, which was met by negative reactions.

Currently, the Provincial Board is still debating on whether to allow the entry of the coal-fired power plant in San Carlos as committee hearings are still ongoing. – Rappler.com