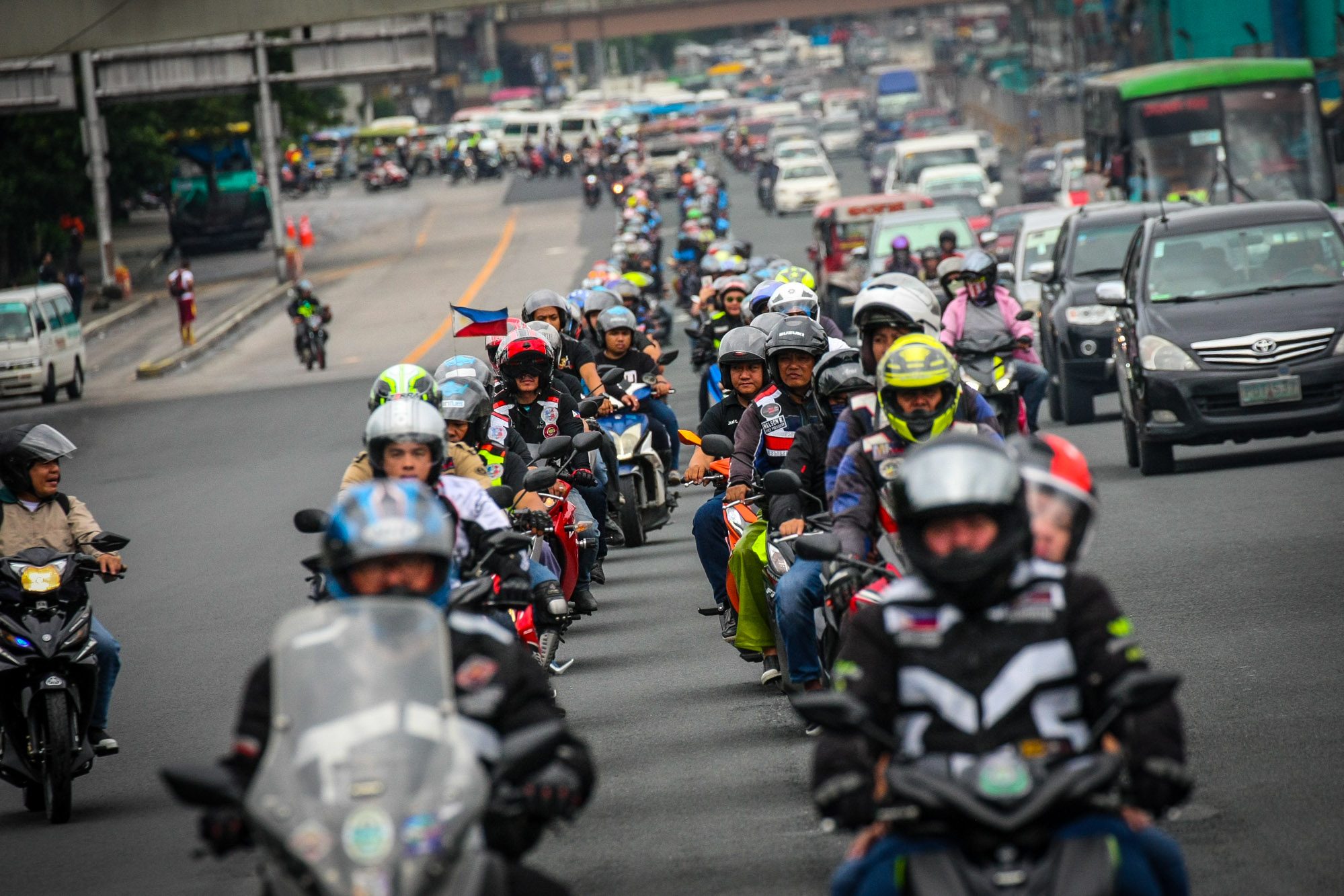 Facebook Twitter Copy URL
Copied
The new number plates, to be issued by LTO, is meant to prevent crimes committed with the use of motorcycles

MANILA, Philippines – In a bid to prevent crime from being committed with the help of motorcycles, a new law requires all motorcycles to have larger, more readable, color-coded number plates and identification marks.

The new measure – Motorcycle Crime Prevention Act or Republic Act No 11235 – was signed by President Rodrigo Duterte on March 8. A copy of the law was released to the public on Thursday, March 14.

The number plates also have to be color-coded according to a scheme to be devised by the LTO which matches a color to a region. Motorcycles must have number plates in the color which corresponds to the region where the motorcycle was registered so that law enforcers will have an easier time identifying the origin of a motorcycle.

A person caught driving a motorcycle without the new number plate will be punished by prision correccional (6 months and 1 day to 6 years) as stated in the Revised Penal Code or will have to pay a fine of not less than P50,000 but not more than P100,000 or both.

Without the proper number plate, a motorcycle can be stopped and seized by law enforcers. The motorcycle’s owner can only retrieve it after complying with the number plate requirement.

The law also adds to the consequences to the owner, driver, and backseat passenger of motorcycles used to commit a crime.

Motorcycles have in the past been used in murders, such as in riding-in-tandem schemes in which the shooter shoots from the back of a motorcycle while the driver whisks them out of the scene of the crime.

If the crime attempted or committed is a grave felony, the owner, driver, and backride will be punished by reclusion temporal (12 years and 1 day to 20 years) to reclusion perpetua (imprisonment for at least 30 years after which the convict becomes eligible for pardon).

If the crime attempted or committed is a less grave felony, the punishment is prision correccional to prison mayor (6 years and 1 day to 12 years).

If death or serious physical injury results from the unlawful use of the motorcycle, the punishment is reclusion perpetua. – Rappler.com