Rural Missionaries of the PH denies being a communist front 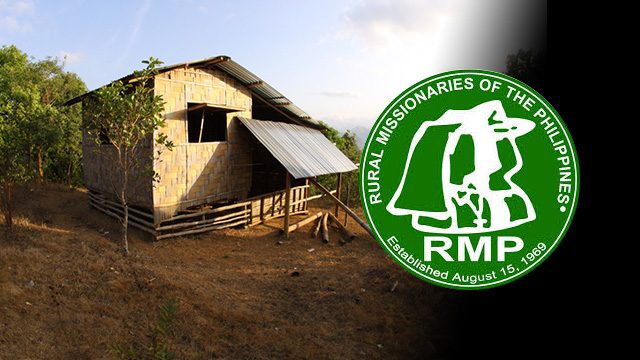 MANILA, Philippines – The Rural Missionaries of the Philippines (RMP) denied it is a legal front of the Communist Party of the Philippines (CPP) and is financing terrorist activities, claims made by government officials who had asked the European Union (EU) and Belgium to cut their funding for the organization.

“This is absurd. We are not a communist organization or a communist front. We are not financing terrorist activities through our projects. Our projects are all well-documented, audited, and accounted for,” said Sister Elenita Belardo, RMP national coordinator, in a press statement on Thursday, March 14.

The day before, Brigadier General Antonio Parlade Jr claimed RMP was among the organizations using EU and Belgian funding to “radicalize” children in rural areas and ultimately help the CPP oust the government.

Parlade was part of a Philippine delegation that traveled to Europe from February 17 to 20 to ask the EU and Belgium to cut their funding for groups like RMP, Karapatan, and Ibon Foundation.

Parlade had also insisted that RMP’s programs for children include teaching them to rebel against the government. Belardo denied this, saying their schools were only intended to give children from indigenous peoples’ communities access to education.

“Our tribal schools in Mindanao are efforts to reach those communities too far away from regular schools. Through our schools, Lumad children have access to education that the government was not able to provide,” she said.

Some RMP schools have been granted permits by the Department of Education as part of the government’s Alternative Learning System, said RMP. However, the group said some of its schools were not given permits “as part of continued repression of indigenous peoples’ rights.”

Australian nun Sister Patricia Fox, who had been ordered deported by the Philippine government back in July 2018, had served as RMP’s national coordinator. She had been accused of violating the conditions of her missionary visa because she allegedly joined political activities. – Rappler.com