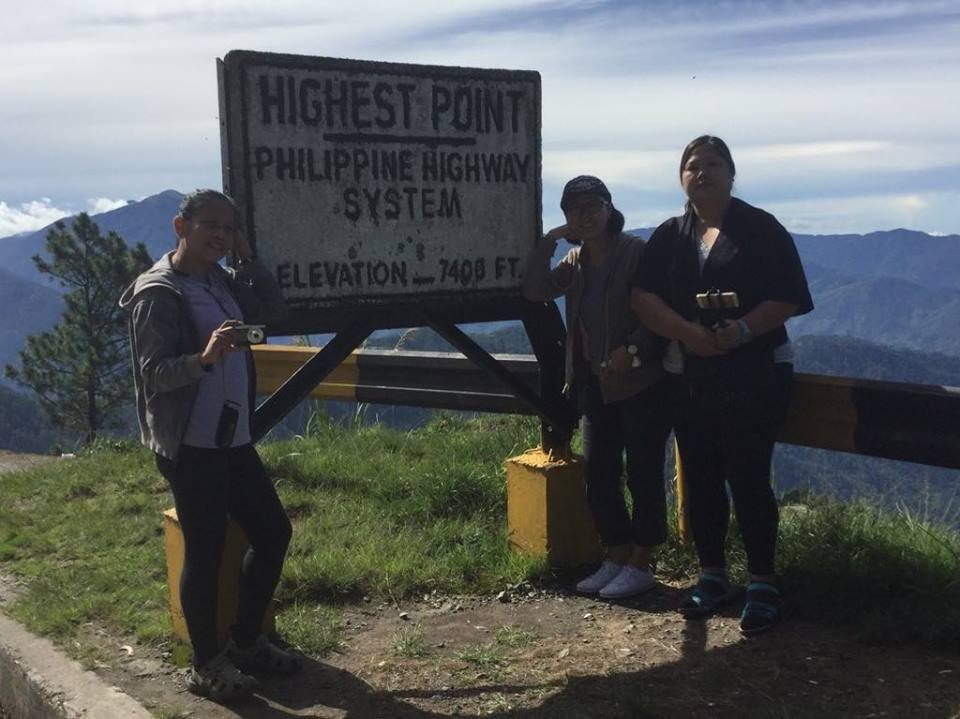 Facebook Twitter Copy URL
Copied
The DPWH says it will install a concrete on the new Philippine Pali: in Gui’ngaw in Barangay Eheb in Tinoc, Ifugao

BAGUIO, Philippines – If you go past Baguio City and into Sagada, Bontoc, or other places in Central Cordillera, you would have passed along Halsema Highway. And on that highway, you must have made a stopover and taken a restroom break at the “Highest Point.”

The Halsema Highroad Point or the Philippine Pali, located in barangays Cattubo and Paoay in Atok town, Benguet, is the highest point in the Philippine Highway System. It has an elevation of 2,255 meters (7,400 ft) above sea level.

Ever since Halsema Highway was constructed before World War II by then-city mayor Eusebius Halsema, the Philippine Pali has been the highest in the country.

Up until now – because Kiangan-Tinoc-Buguias would like to claim the title of having the highest point of the Philippine Road system.

Last February 26, the Department of Public Works and Highways (DPWH) answered Tinoc’s July 2018 municipal resolution requesting for the validation and identification of the new highest elevation point of the Philippine Highway System at Gui’ngaw in Barangay Eheb in Tinoc.

According to the DPWH, they conducted their survey last January, and “in this regard, please be informed that based on the evaluation conducted, the highest point along the Kiangan-Tinoc-Buguias Road has an elevation of H=7,968.07 feet above sea level (2,428.66 m) which is 568.07 feet (173.14 m) higher than the declared highest point at Cattubo, Atok, Benguet, with an elevation of 7,400 feet above sea level.”

The highest point at Mount Gui’ngaw was only converted into a national road by virtue of Republic Aact No. 10551 in May 2013.

DPWH said it will install a concrete marker on the new Philippine Pali.

Those who went to visit the new highest point said  the highway was very steep and passes through primarily mossy forest. – Rappler.com