Mar 23, 2019 3:33 PM PHT
Camille Elemia
Facebook Twitter Copy URL
Copied
(UPDATED) 'It is a patriotic move....that deserves the support of every freedom-loving Filipino whose duty is to protect and preserve our country’s sovereignty and territorial integrity,' says Senator Panfilo Lacson 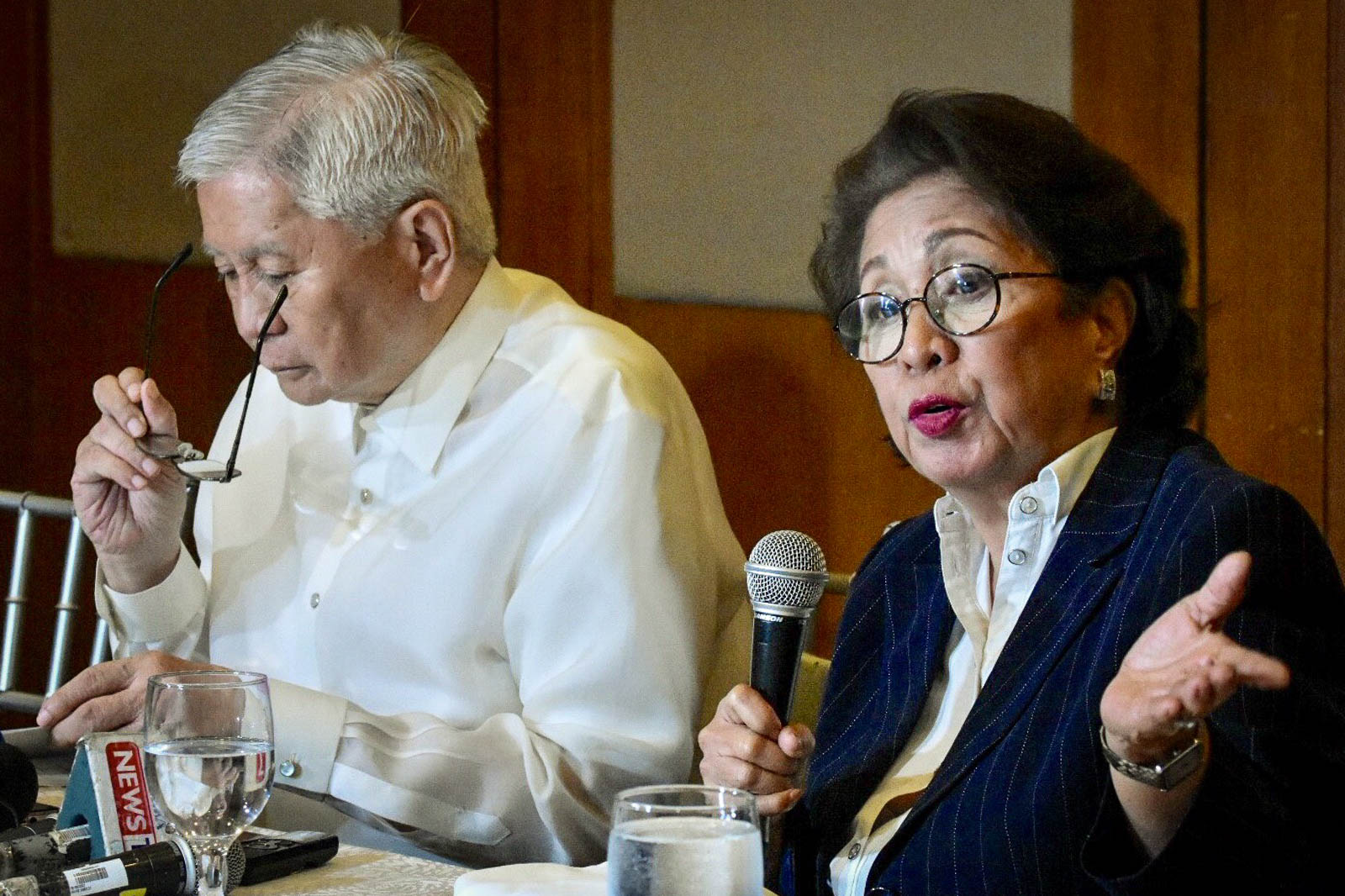 MANILA, Philippines (UPDATED) – At least 3 senators welcomed the filing of a complaint before the International Criminal Court (ICC) against Chinese President Xi Jinping and other officials for crimes against humanity over environmental damage in the South China Sea.

“It is a patriotic move on the part of ex-[Ombudsman] Morales and former DFA Sec Del Rosario that deserves the support of every freedom-loving Filipino whose duty is to protect and preserve our country’s sovereignty and territorial integrity. It is a novel case and a favorable ruling will definitely boost the already decided arbitral ruling over the disputed waters in the West Philippine sea,” Lacson said.

“While the arbitral ruling is admittedly unenforceable especially against a superpower like China, an ICC decision in favor of the complainants in this case at the very least could exert international pressure which will give us obvious advantage,” he added.

De Lima, for her part, said fisherfolks were left with no option but to find their own solutions due to the Duterte government’s “inaction and disinterest” amid “mounting evidence of Chinese abuses” in the country.

“[They] have no choice but to take matters in their own hands. It was a good thing that we still had the opportunity to go to the ICC and show the world that our citizens would not stand China’s destruction of our natural resources and intimidation of our fishermen,” De Lima said in a statement Saturday.

She called on the public to support the initiative and to vote for candidates “who have the courage to stand up against China” in the May 2019 senatorial elections.

“I ask my fellow Filipinos to support this initiative and vote for candidates who have the courage to stand up against China. It is time for us to defend our country and our future,” she added.

On Sunday, March 24, Senator Risa Hontiveros thanked Del Rosario and Morales “for accomplishing what President Rodrigo Duterte is unwilling and unable to undertake: his job to safeguard and protect Philippine sovereignty and us Filipinos against China.”

“They clearly underscored the difference that can be made by standing up against foreign aggression instead of pursuing President Duterte’s hollow and treacherous foreign policy,”  Hontiveros said in a statement.

Del Rosario, Morales, and a group of fishermen submitted a communication to the ICC on March 15 or two days before the Philippines’ withdrawal took effect on March 17. (READ: Duterte throws out decade-long fight for International Criminal Court)

They told the ICC’s Office of the Prosecutor that Xi and other Chinese officials have committed crimes “which involve massive, near-permanent, and devastating environmental damage across nations.”

They said the environmental damage occurred as Xi and other officials implement “China’s systemic plan to take over the South China Sea.” The Philippines owns rights over part of these waters, called the West Philippine Sea by Manila.

Malacañang downplayed the complaint as a “futile exercise,” while President Rodrigo Duterte expressed confidence that it would not jeopardize Philippine-China relations.

Under Duterte, the Philippines forged stronger ties with China despite the Asian giant’s claim over the West Philippine Sea, after Duterte opted not to bring up the Philippines’ historic victory against China on the dispute at the Permanent Court of Arbitration in The Hague.

The Duterte administration  has also maintained its silence over China’s continued militarization of the South China Sea. – Rappler.com