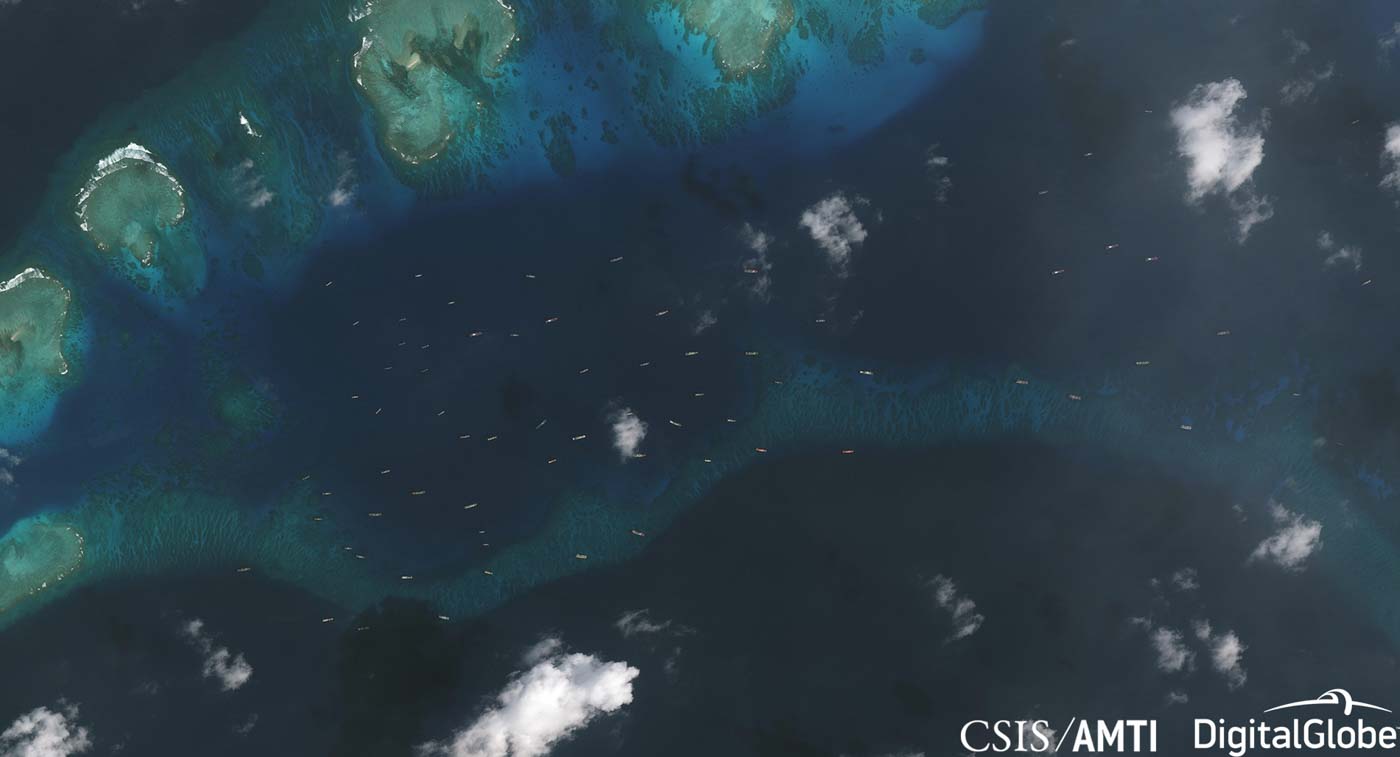 MANILA, Philippines – Senatorial candidate Gary Alejano criticized the Duterte administration on Saturday, March 30, for its failure to act on his warnings about the presence of Chinese vessels near Pag-asa Island in the West Philippine Sea.

“Kailanman ay hindi sineryoso ng Pangulo ang usapin ng pang-aagaw ng China sa ating teritoryo at pang-aabuso sa ating mga mangingisda at sundalo (Not once did the President take seriously the issue of China taking away our territory and abusing our fishermen and soldiers),” Alejano said in a statement.

According to ABS-CBN News, the Western Command of the Armed Forces of the Philippines reported on Friday, March 29, that over 600 Chinese ships have circled Pag-asa since January. (READ: China deploys militia as Philippines builds on Pag-asa Island)

In August and October 2017, Trillanes spoke publicly about the presence of Chinese  vessels in the sandbars near Pag-asa. Days after, a Washington-based think tank also released photos of ships near Pag-asa. (READ: Chinese ships spotted near Pag-asa Island sandbars, says Alejano)

At the time, however, then-foreign secretary Alan Peter Cayetano downplayed the reports on the ships, saying “the situation in the area is very stable.”

“As I have said before, China will continue to assert control in the Pag-asa Island sandbars despite the ‘friendly’ relations that the administration is trying to foster,” said Alejano.

Alejano added that China may seize the nearby island Sandy Cay next, and use that to claim the disputed Subi Reef.

He urged the government to act and protest China’s actions. “China is establishing a norm there which we cannot alter later on. Every day is a wasted opportunity to assert our sovereignty if we do not act now,” he said. – Rappler.com