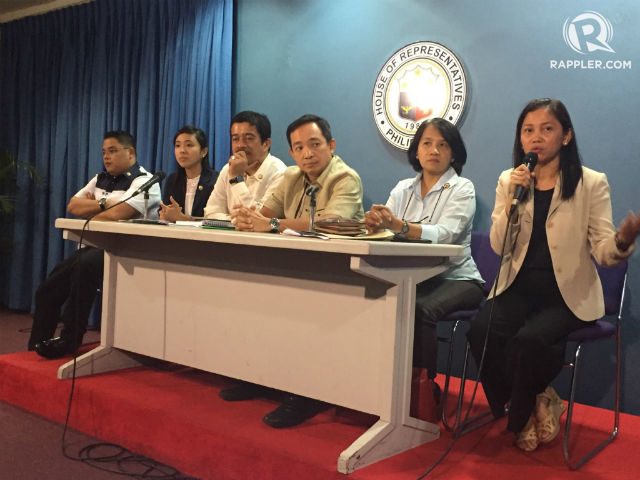 MANILA, Philippines – Progressive lawmakers in the Makabayan bloc are calling for a congressional investigation on the police operations that killed farmers in Negros Oriental.

Their resolution urges the House committee on human rights to conduct an investigation, in aid of legislation, on the “mass killing” of 14 farmers in Canlaon City, Manjuyod town, and Sta Catalina town on March 30 during simultaneous opeations of the Philippine National Police.

“The killings in Negros Oriental are crimes against humanity, targeted assassinations of leaders and members of local peasant organizations perpetrated by the PNP and AFP (Armed Forces of the Philippines) in the guise of anti-criminality operations,” said Makabayan in a separate statement.

“The intention is to violently repress organizations fighting for land and livelihood, sow terror in their communities, and deprive the Makabayan bloc of votes in the upcoming elections,” they added.

“The groups asserted that these killings were brought about by the Synchronized Enhanced Managing Police Operation and Oplan Sauron, as a local counterpart implementation programs to Memorandum Circular No. 32 issued by President Rodrigo Duterte, targetting activists in Samar, Negros island and Bicol region,” read HR 2533.

According to the legislators, at least 55 peasants and activists in Negros Island “fell victims to extrajudicial killings under the administration.”

In December 2018, another simultaneous PNP operations in Negros Oriental also killed 6 people, while 31 were arrested. – Rappler.com