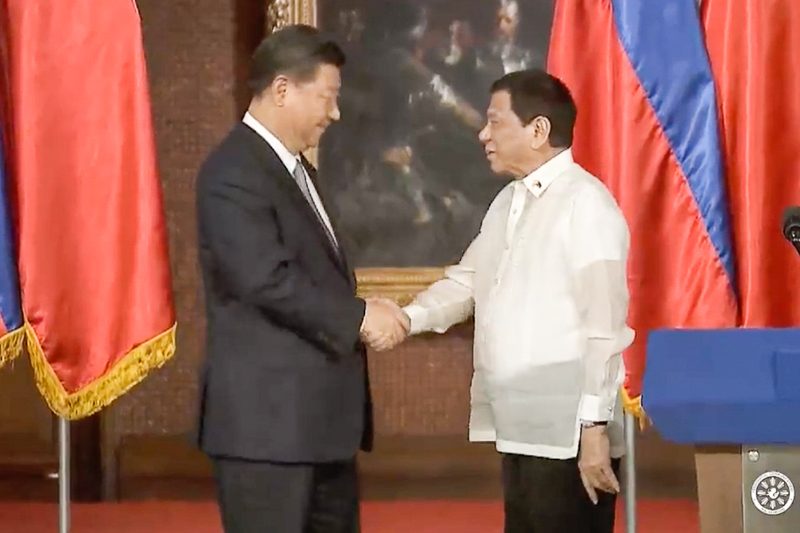 Facebook Twitter Copy URL
Copied
Respondents of the Social Weather Stations survey are asked whether they agree or disagree with the statement, 'Most of what the Chinese government wants to happen in the Philippines is good for the Filipinos'

MANILA, Philippines – Only two in 10 Filipinos believe that China has good intentions for the Philippines, according to the results of a Social Weather Stations (SWS) survey released on Friday, April 5.

The survey – held on December 16 to 18, 2018, but only posted on the SWS website nearly 4 months later – asked the respondents whether they agreed with the statement, “Most of what the Chinese government wants to happen in the Philippines is good for the Filipinos.”

Forty-four percent disagreed with the statement and 27% agreed, for a net agreement score of -17 – which SWS classifies as “moderately weak.”  SWS said 29% were undecided. The December 2018 survey also looked into Filipinos’ trust in China. The survey found a negative net agreement among those who distrust China when it came to the statement that most of what the Chinese government wants to happen in the Philippines is good for Filipinos.

Those who held little trust in China was at very weak -40 (19% agree, 60% disagree, correctly rounded)

The Fourth Quarter 2018 Social Weather Survey was held a month after the state visit of Chinese President Xi Jinping to the Philippines on November 19. During this time, Philippine and Chinese officials signed a number of agreements. (READ: ‘A friend in need:’ China’s promises to the Philippines)

Among the agreements is the loan deal on the Kaliwa Dam project, which was only discussed at length months after the survey in March, when parts of Metro Manila and Rizal experienced a water shortage.  (DOCUMENTS: PH-China deals signed during Xi Jinping visit)

The survey was conducted among 1,440 adult respondents – 360 each in Balance Luzon, Metro Manila, the Visayas, and Mindanao.

There were sampling error margins of ±2.6% for national percentages, and ±5% each for Balance Luzon, Metro Manila, the Visayas, and Mindanao).