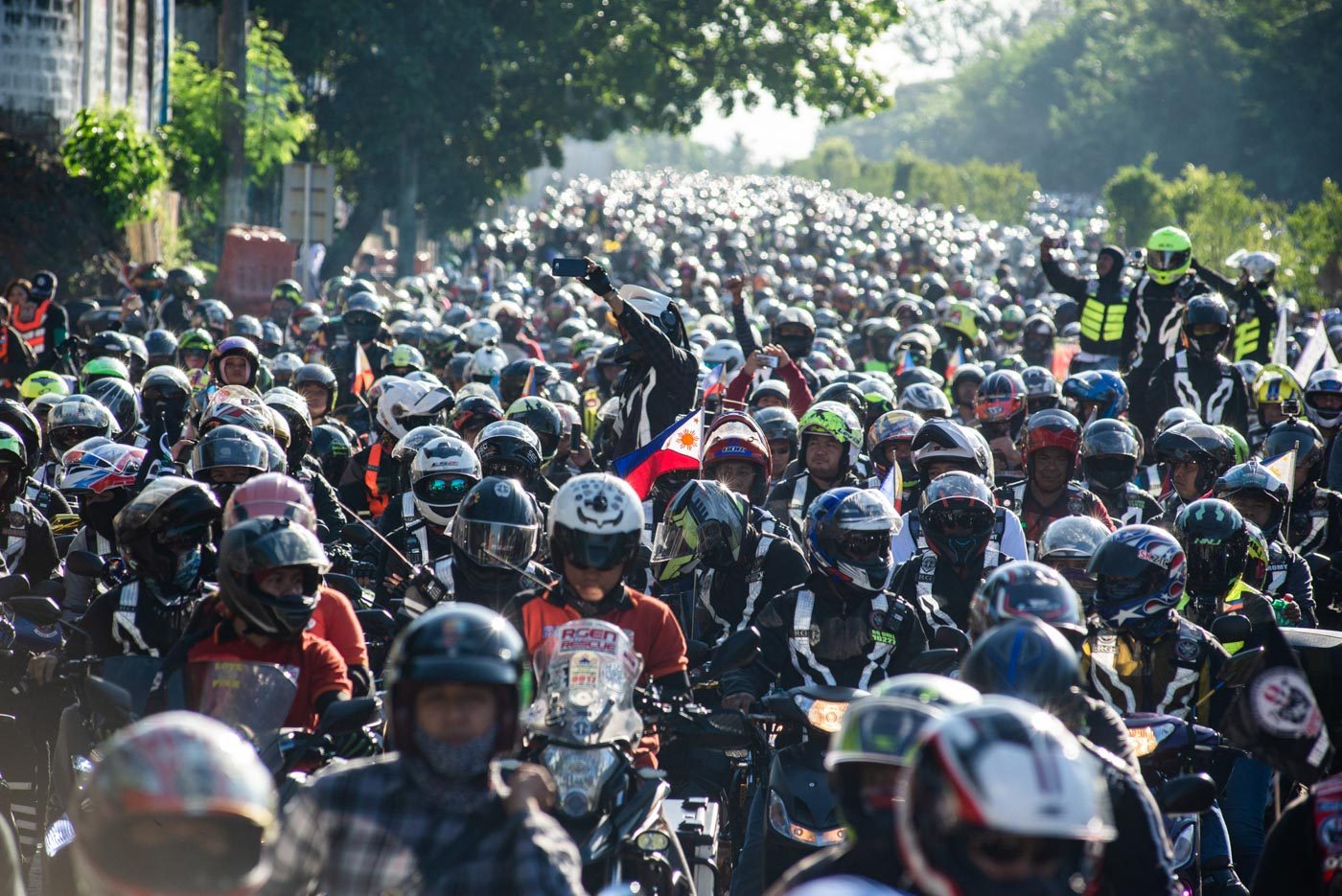 The new law is aptly called “doble-plaka” by motorcycle riders because it requires installing license plates in front and at the back of the bikes.

In a speech before the National Federation of the Motorcycle Clubs of the Philippines (NFMCP) in Iloilo City, the President also said he would negotiate for lower fines for violations by motorcycle riders.

“I will try to convince the LTO to maybe to hang on, i-suspend ko lang muna. Kasi it is not good, it is dangerous to place another gadget, lalo na’t may kanto [ang plate number] (especially it has sharp corners),” said the President.

He added that he would also talk to Senator Richard Gordon, author of Republic Act No. 11235 or the Motorcycle Crime Prevention Act, about his suggestions. He also mentioned that in other countries, “walang plate number sa harap. Diyan lang iyan sa likod.” (There are no plate numbers in front, only at the back.)

Duterte signed RA 11235 on March 8. The law requires motorcycles to have larger, more readable number plates both at the front and back of their vehicles, as a way to prevent crimes committed by persons riding on motorcycles.

Duterte said in his speech that the law’s prescribed fine of between P50,000 to P100,000 for those who will be caught without the bigger license plates was “masyadong mataas” (too high).

He also suggested that the increase in the size of license plates be only a fourth of what was stated in the law.

Among the advocates of Motorcycle Crime Prevention Law was the Philippine National Police which has noted the increase in crimes committed by persons riding motorcycles.

Duterte explained that he signed the law upon the recommendation of the police and the military. “Kung ano irekomenda nila, I will adopt it, basta maglagay lang ng rationale.” – Rappler.com