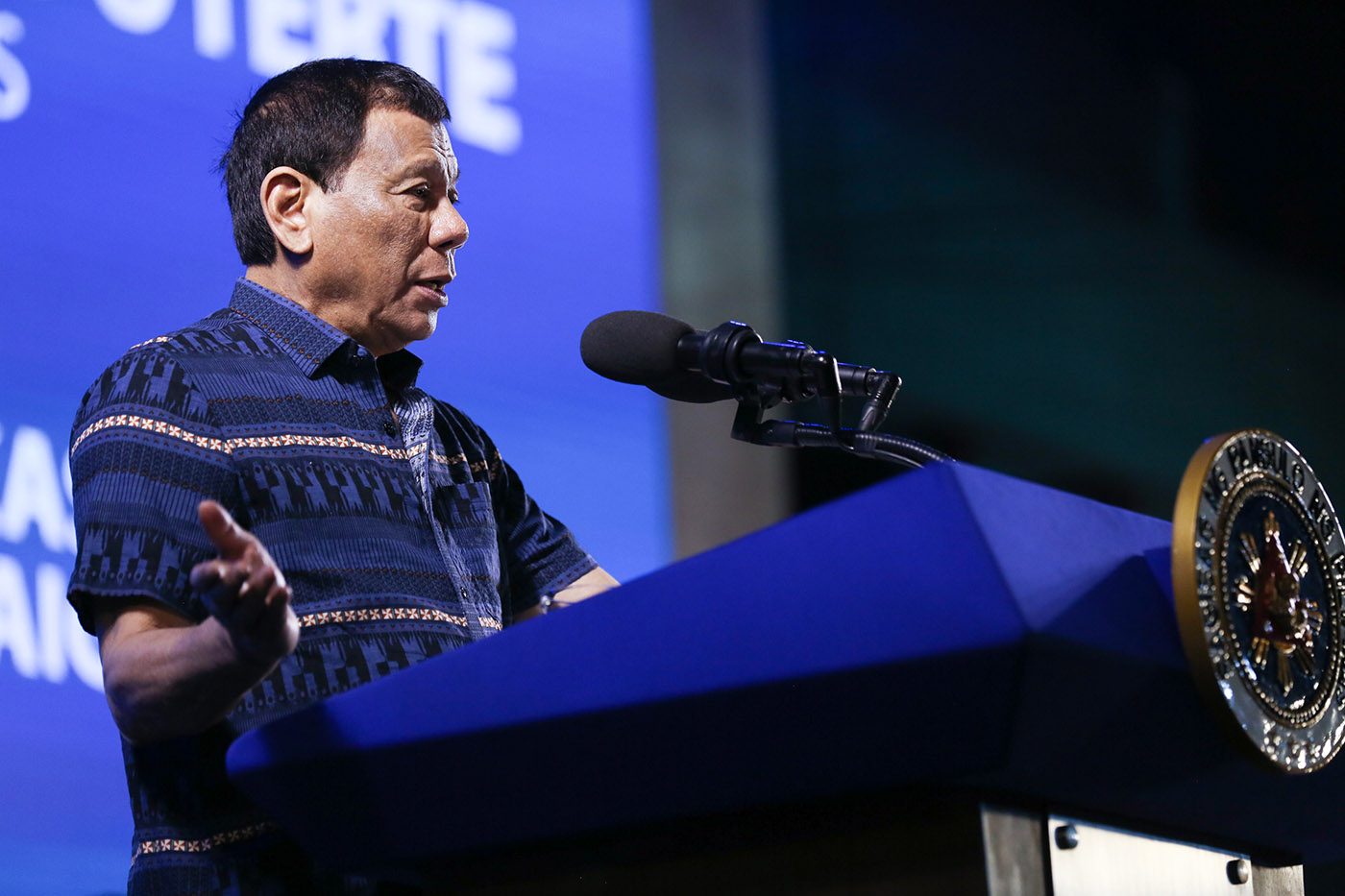 Facebook Twitter Copy URL
Copied
It's none of your business, President Rodrigo Duterte tells the Philippine Center for Investigative Journalism

MANILA, Philippines – President Rodrigo Duterte slammed the Philippine Center for Investigative Journalism (PCIJ) for probing his family’s wealth, as he accused investigative journalists of pursuing stories because of money.

Duterte on Saturday, April 6, went on the defensive against a series of PCIJ reports on his relatives’ unregistered law firm and undisclosed business interests.

According to the PCIJ, the law firm Carpio & Duterte Lawyers, where presidential daughter Sara Duterte and her husband Mans Carpio are partners, has not been registered with the Securities and Exchange Commission since the firm’s creation 10 years ago.

The PCIJ also found in its recent report that Duterte and two of his children – Davao City Mayor Sara Duterte and former Davao City vice mayor Paolo Duterte – separately and together offered token or opaque data about their business interests that, under the law, they are required to reveal in their Statements of Assets, Liabilities, and Net Worth. (READ: Report: Inconsistent declarations of Duterte relatives in gov’t)

PCIJ also reported big spikes in the net worth of Duterte and his children while they are in public office. (READ: Duterte wealth untouched by elections)

Duterte, who has blasted reports by other news outlets such as Rappler, lashed out at investigative journalists in response to the PCIJ investigation.

Duterte said despite the allegations, he continues to focus on maintaining law and order in the country and removing graft and corruption in government.

He then credited his late mother Soledad Roa Duterte for his wealth.

(Motherfuckers. You yellows, all the time I was with my mother. Even when I was still mayor, my mother fed me. My mother had the money. My mother left money for us. But as to how much, why would I tell you?)

The President has flip-flopped on the origins of his wealth in the past. He used to say in campaign speeches during the 2016 elections that his family started out “poor” in Davao City, where he was longtime mayor. In 2017, however, Duterte said his late father, former Davao governor Vicente Duterte, left them an inheritance. – with reports from PCIJ/Rappler.com