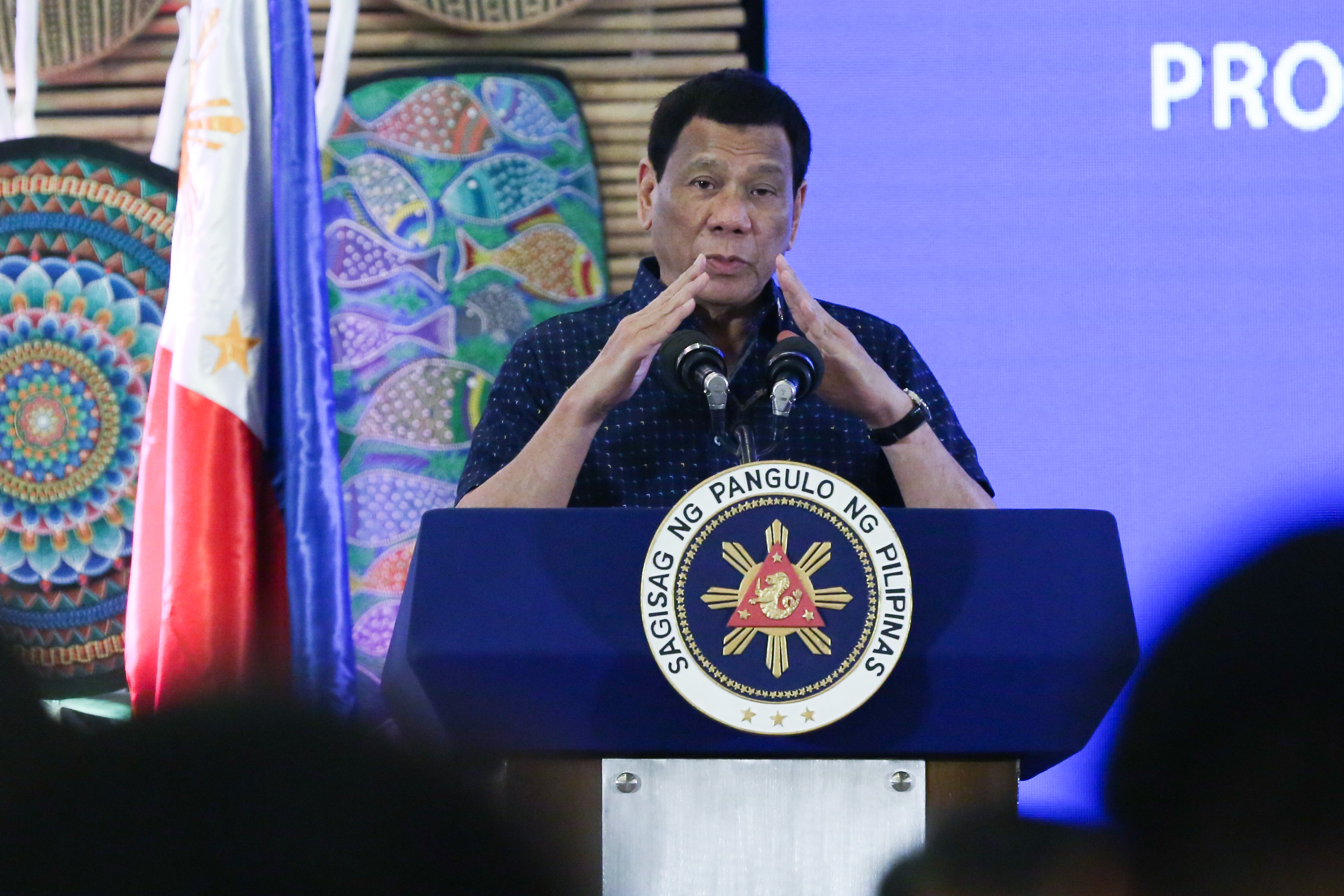 MANILA, Philippines – President Rodrigo Duterte’s satisfaction rating rose in March, buoyed by Mindanaoans, about a month after the formation of a new Bangsamoro government.

The Social Weather Stations (SWS) reported that 79% of Filipinos are satisfied with Duterte’s performance – a 5-point rise from his 74% rating in December 2018.

This First Quarter of 2019 survey was conducted from March 28 to 31 and involved 1,440 adults nationwide. SWS reported error margins of ±2.6% for national percentages, and ±5% each for Balance Luzon, Metro Manila, Visayas, and Mindanao.

The poll also found dissatisfaction with Duterte falling by 2 points (15% in December to 13%) and the percentage of undecided also falling by 3 points (11% to 8%).

Satisfaction with the Chief Executive was pulled up by his home region of Mindanao.

There was also a significant 7-point increase in his gross satisfaction rating in Visayas (from 76% to 81%), giving him a +69 or “very good” net rating.

His net satisfaction rating in Metro Manila and Balance Luzon remained at “very good,” with scores of +61 and +56, respectively.

In Balance of Luzon, his gross satisfaction rating rose slightly from 69% to 73%. While in Metro Manila, the percentage of respondents who said they were satisfied with the Chief Executive stayed virtually the same at 76% (from 75% in December).

In between the December and March surveys, the historic Bangsamoro Organic Law was ratified and the Bangsamoro Transition Authority formed. The creation of a genuinely autonomous Bangsamoro region was among Duterte’s major promises to Mindanaoans.

Both the wealthier and low-income Filipinos were happier with Duterte’s performance in March.

This is 7 points higher than his +62 rating in December.

A similar story can be seen among the “masa” or class D. Duterte also achieved a record-high +68 (very good) among them. This is a 10-point rise from his December numbers.

The same cannot be said for the poorest Filipinos. Class E respondents may have given him a +58 rating or “very good,” but this is lower than his December rating by 7 points. – Rappler.com