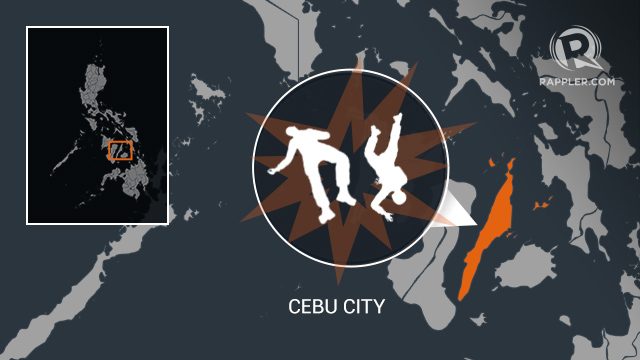 Facebook Twitter Copy URL
Copied
The College Editors Guild of the Philippines condemns the 'culture of killing and impunity' that emboldened the killers. One of the fatalities is a campus journalist.

CEBU CITY, Philippines – Two workers of Good Cup Coffee Company in this city were killed, while two others were wounded, in a shooting incident inside their shop late evening of Wednesday, April 10.

Corporal Eutenio Catalan of Police Station 2, the investigator on case, said the shooting happened at around 11:20 pm of April 10 at Good Cup Coffee Company on F. Ramos Street.

The victims were identified as John Hermoso, 29, and Kis Ramos, 21, who were immediately brought to the nearest hospital but were pronounced dead.

Jerome Amada, of legal age, and Sherwin Rivera, 23 – also workers at the coffee shop – were wounded.

According to a Facebook post of the College Editors Guild of the Philippines (CEGP) – Cebu, the 4 employees were closing shop when the perpetrators entered, shooting them. One of the fatalities, Ramos, was a campus journalist from the University of the Philippines in Cebu.

“The full details remain unclear, but what does remain clear is that this culture of killing and impunity has emboldened murderers to openly boast of their weapons and shoot people. The rotten system of society that allows this to occur has never been remedied,” the CEGP said.

Authorities have yet to establish the motive for the killing. – Rappler.com