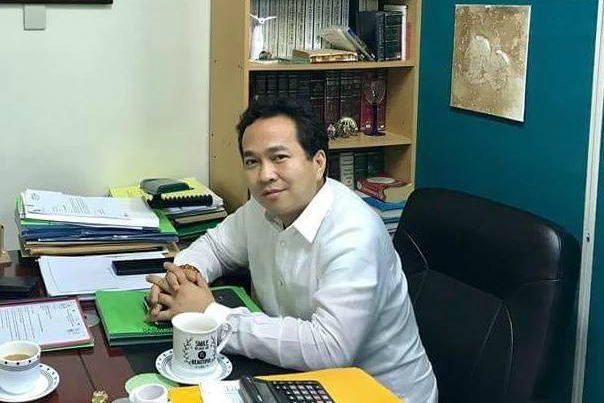 In a statement on Saturday, May 18, the Integrated Bar of the Philippines (IBP) Manila IV chapter said that lawyer Adilberto Golla Jr was killed while he was on his way to work Friday morning.

A GMA report quoting Golla’s wife said that he was shot not far from their home in Barangay San Isidro in Rodriguez, Rizal. The lawyer died on the spot.

Golla hails from Esperanza town in Sultan Kudarat. He was the founding partner at Golla & Associates Law Office.

Golla is the legal counsel of 10 policemen included in the dozens tagged in the Maguindanao massacre, who apparently guarded the checkpoints leading to the crime scene. Golla argued then that the evidence of guilt of his clients was not strong enough.

His clients were among those who were granted bail by the Quezon City Regional Trial Court Branch 221 in 2014. The Court of Appeals upheld the decision in 2018.

“We, his colleagues in the chapter, could not think of any possible motive except perhaps his ‘sin’ to be true to his lawyer’s oath and the code of professional responsibility in the service of his God, country and family,” De Jesus said.

Meanwhile, a second lawyer was also killed on Friday in Dagupan City in Pangasinan.

According to a report by the Philippine News Agency, lawyer Val Crisostomo was shot several times by an unidentified man in a motorcycle in front of the Hall of Justice in Barangay Bonuan Tondaligan. Crisostomo died on the spot.

Crisostomo, the legal counsel for Globaltech Mobile Online Corporation, attended a hearing at the court on his client’s case on “Peryahan ng Bayan.”  The “Peryahan” was a numbers game or small town lottery which was declared illegal by the Philippine Charity Sweepstake Office.  – Aika Rey/Rappler.com