May 23, 2019 11:00 AM PHT
Rambo Talabong
Facebook Twitter Copy URL
Copied
Peter Joemel Advincula now alleges that the Bikoy videos and his statements against the Duterte administration were all 'scripted' 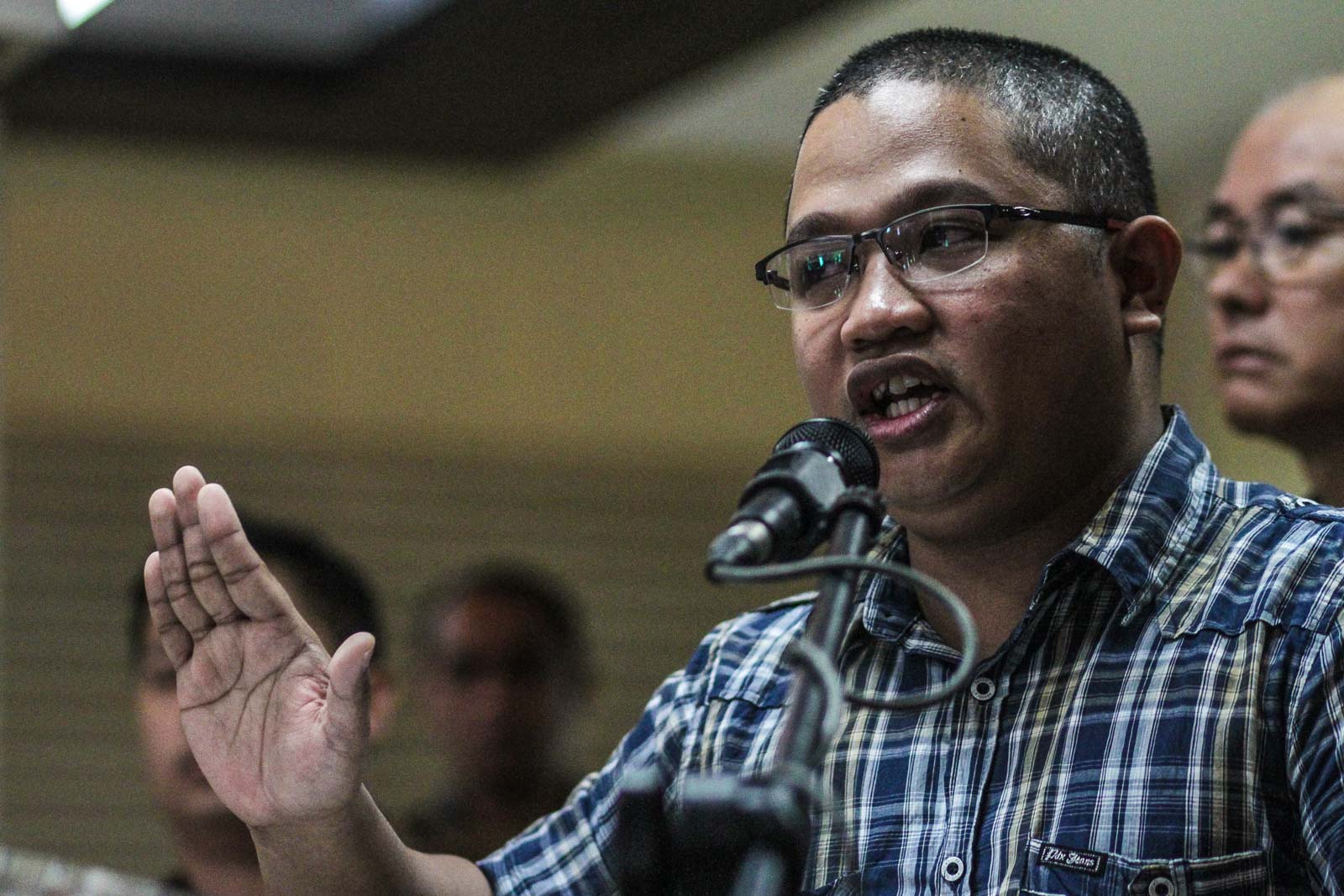 MANILA, Philippines – Peter Joemel Advincula, the man known as Bikoy, on Thursday, May 23, recanted his allegations against the administration of President Rodrigo  Duterte and also of former president Benigno Aquino III.

“Lahat ‘yan, gawa-gawa (That’s all made up),” Advincula said in a press briefing in Camp Crame on Thursday, May 23, when Philippine National Police chief General Oscar Albayalde presented him to the media.

He surrendered to the Northern Police District on Wednesday afternoon, May 22.

Posing as “Bikoy” in the viral “Ang Totoong Narcolist” video series, Advincula claimed that people close to President Rodrigo Duterte were involved in illegal drugs. He had claimed to be a member of a syndicate who supposedly handled the ledger of the illegal drug organization. (PODCAST: Sino si Bikoy at dapat ba siyang paniwalaan?)

Advincula claimed on Thursday that all his accusations against senator-elect Bong Go, presidential son Paolo Duterte, presidential son-in-law Manases Carpio, and presidential partner Honeylet Avanceña were all supposedly made up by a group that managed him.

Advincula also said that the information that he had offered to Senator Vicente Sotto III in December 2016, similarly linking the Aquino administration to illegal drugs, was also false.

Advincula claimed that the “script” of the viral videos and his testimony was crafted by opposition Senator Antonio Trillanes IV, and that the immediate goal was to boost the chances of the opposition Otso Diretso candidates in the 2019 elections. (TIMELINE: The ‘Bikoy’ controversy)

This was supposed to be part of a plan of the Liberal Party, led by Trillanes, with the alleged overall goal of unseating Duterte, a claim that the LP denied.

Advincula said he was offered P500,000 to produce the Bikoy videos and to appear in public to present a false script. He went into hiding after the Integrated Bar of the Philippines declined his request to help him in his supposed planned suits against Paolo Duterte and Go.

He said he was prompted to surrender to protect himself and his family, as he felt that his handlers would abandon him following the defeat of all Otso Diretso candidates in the Senate.

For his evidence, Advincula said he planned to release all confidential communications kept in encrypted applications in his phone. – Rappler.com