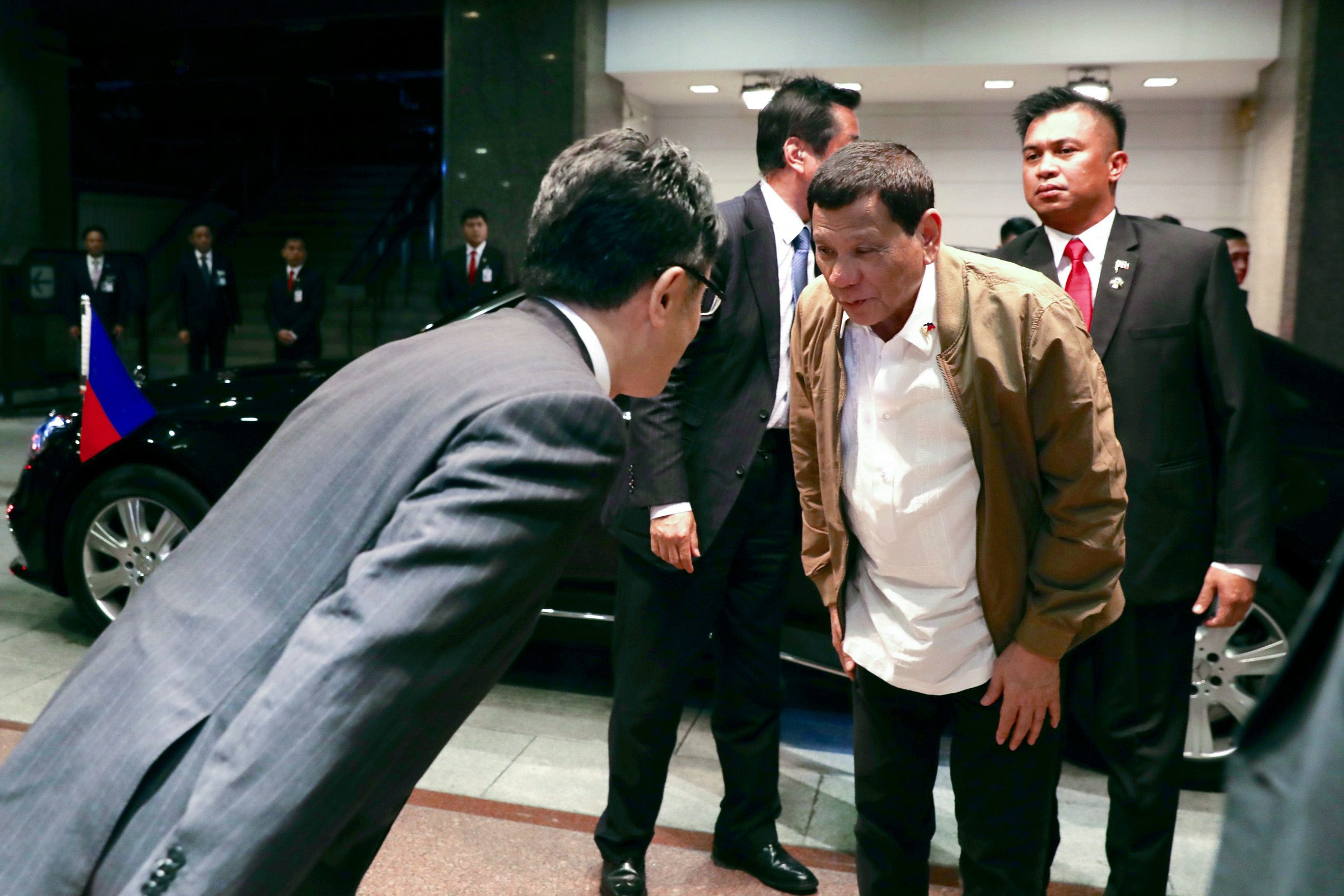 Facebook Twitter Copy URL
Copied
The deals, a mix of agreements and letters of intent from Japanese companies, are expected to bring in P289 billion worth of investments if they are implemented

MANILA, Philippines – Twenty-six agreements that could bring in P289 billion worth of investments were signed during President Rodrigo Duterte’s May 2019 trip to Japan.

Trade Secretary Ramon Lopez read out these deals during a business forum attended by Filipino and Japanese businessmen on Wednesday, May 29, at the Imperial Hotel in Tokyo.

Duterte was the event’s guest of honor.

Of the 26 agreements, 7 are deals with businesses or business-related entities while 19 are letters of intent in which Filipino and Japanese companies express their interest in making investments with each other.

The agreements, if followed through with actual investments, are expected to generate 82,737 jobs, said Lopez.

One of the major agreements signed was a Memorandum of Cooperation between the Philippine Department of Trade and Industry and Japan External Trade Organization. The deal is intended to expand cooperation on investment promotion activities between the two countries.

The Bases Conversion and Development Authority also signed a joint venture agreements with the Meralco Marubeni Consortium for the finance, design, engineering, construction, operation and maintenance of the electric power distribution system in New Clark City.

Among the Letters of Intent was an LOI from Sumitomo Electric Industries Ltd to build a facility in the Philippines for wiring harness and related products for export to Japan and North America.

Another was an LOI from Mitsubishi Motors Corporation to expand investment to support production of completed vehicles in the Philippines.