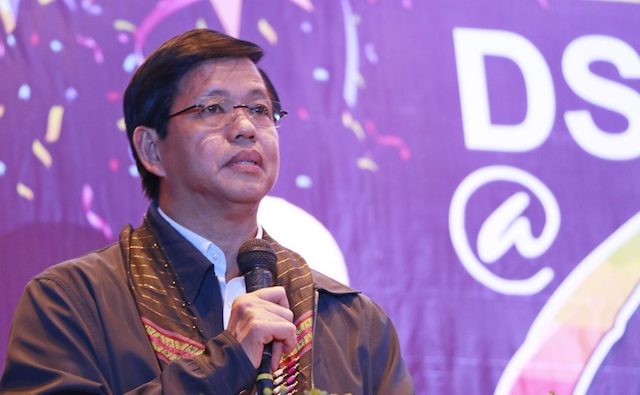 MANILA, Philippines – Soldiers are up in arms – online.

They are seething over the actions of broadcaster Erwin Tulfo, who gave Social Welfare Secretary Secretary Rolando Bautista  – a former Army chief – a verbal beating on his radio show.

On Facebook, alumni of the Philippine Military Academy rallied support for Bautista. On Change.org, a petition was launched to demand Tulfo’s apology. An Armed Forces of the Philippines spokesperson also addressed the issue on Friday afternoon, May 31.

Tulfo lambasted Bautista for declining to grant him a live interview, arguing it was his obligation as secretary of the department serving the poor to respond to his questions about government services. Tulfo said the Department of Social Welfare and Development (DSWD) asked the radio program to send a formal request first.

Tulfo’s rant included threats to slap Bautista if he ever saw him, and to dunk his head inside a toilet bowl.

The Change.org petition demands the “Sincere Public Apology of Mr Erwin Tulfo to DSWD Secretary Rolando Bautista.” An online user claiming to be a former officer of the elite Scout Rangers – the unit Bautista previously belonged – set up the petition.

It has gathered nearly 4,000 signatures as of this writing, supported by young and old alumni of the PMA.

The online petition read: “(SIC) I want Mr Erwin Tulfo to make a Public Apology to DSWD Secretary Rolando Bautista for insulting ang calling him “Buang” (Crazy)  in his TV show Tutok Erwin Tulfo. I hope my  comrades especially the Philippine Army Scout Rangers, the Men of 710th Special Operations Wings of Philippine Air Force and the whole Armed Forces of the Philippines will support me in this petition…. Let us show support to our respected Secretary Bautista.”

Among the signatories to the online petition is retired police general Allen Bantolo of PMA Class 1983.

“As a fellow Cavalier who risked his life in defense of the freedom which is indiscriminately being utilized by Mr Tulfo for systematic sensationalization, I want this incident sanctioned by any responsible body! Most importantly, a hard lesson from all practitioners of responsible journalism and ethical standard for public service must be observed,” Bantolo told Rappler.

Soldiers have shown unequivocal support for Bautista in their Facebook pages, posting long rants against Tulfo that were as equally colorful. They shared photos of Bautista in his combat uniform when he served as ground commander during the Marawi siege and in his red DSWD vest going around the country to deliver government services. Others even changed their profile photos.

There are also those who changed their Facebook profile photos to show Bautista at work and used the hashtag #NoToTulfoAsPressSecretary, referring to rumored plans to designate him spokesperson of President Duterte. – Rappler.com