Duterte on China: Is it right for a country to claim entire sea? 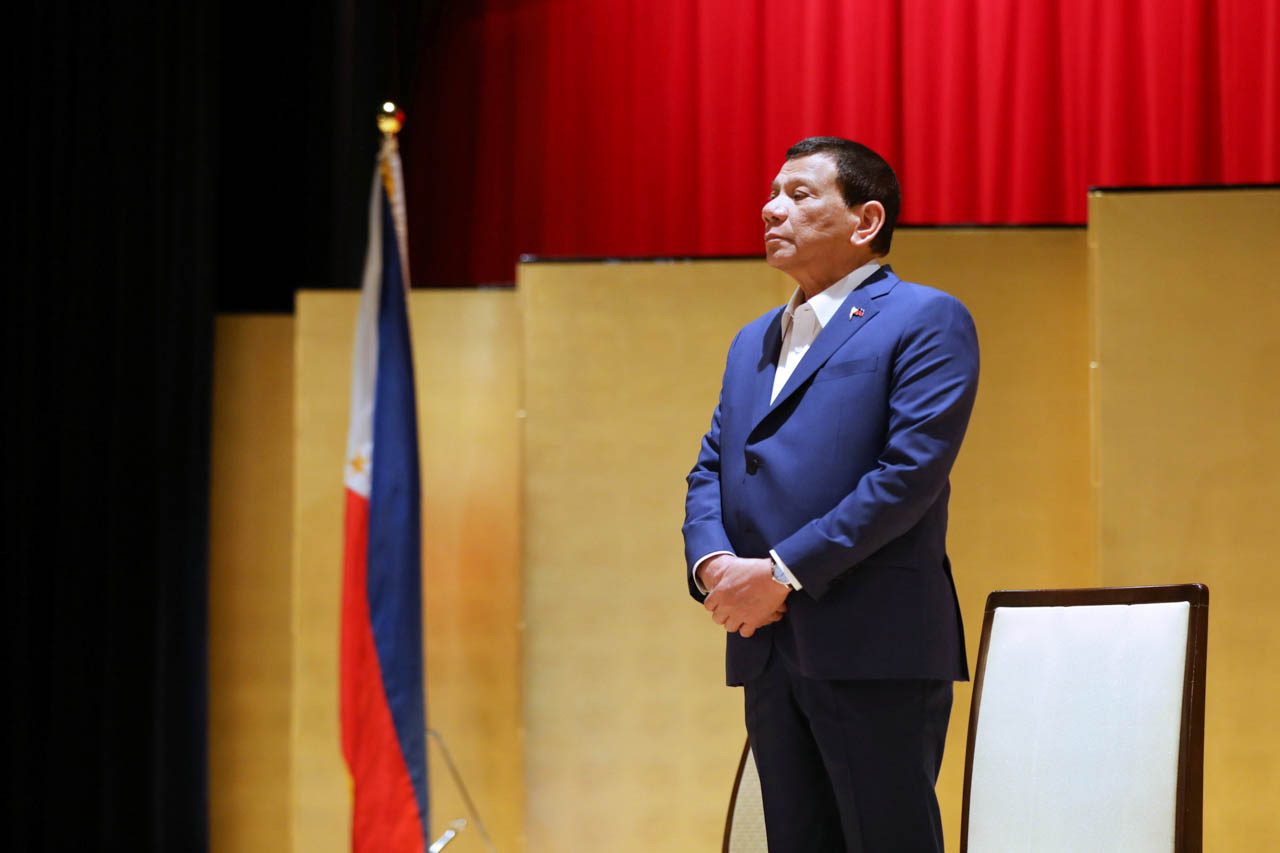 MANILA, Philippines – Philippine President Rodrigo Duterte questioned China’s claim to the entire South China Sea during a speech in Japan as he urged the early completion of a code of conduct for claimant countries in the disputed waters.

“I love China, it has helped us a bit but it behooves upon us to ask, is it right for a country to claim the whole ocean?” said Duterte on Friday, May 31, at the Nikkei International Forum on the Future of Asia.

He was speaking before leaders and economic experts from all over the Asia-Pacific region.

“I am sad and bewildered, not angry because I cannot do anything but I just hope that China will come up with a conduct of the seas soon,” he said.

The Philippine leader said “no one is pushing” for the South China Sea Code of Conduct which Beijing has said it expects to finish crafting with Southeast Asian nations by 2021. ASEAN and China had completed the code’s framework in 2017.

Duterte suggested more high-level talks to urge China to hasten the completion of the code so as to reduce the risks of conflict in the South China Sea, where 80% of world trade passes through.

“It would do as well maybe in a higher ministerial level to talk about this and try to prod China to come up with it, to shorten the possiblity, to make sure the law of averages is reduced to the barest minimum. If fighting can erupt, if 25%, maybe we can reduce it to 15,” said Duterte.

US should keep distance

He also said the United States has to be told to keep its distance, saying a US-China clash on the maritime dispute would not solve matters and may make things worse.

“Somebody should reach out to the United States because if you leave it to them to talk, nothing will happen. There is so much animosity covered by talking about how they desire to have an agreement,” said Duterte.

He suggested a neutral 3rd party bridge to speed up the code of conduct.

“But there has to be somebody not identified with any country that China does not like because there will never be a sort of an America, China talking seriously about territories. It will just end up in a shouting match,” said Duterte.

He also said the Philippines “gave” China parts of the West Philippine Sea, the area in the South China Sea being claimed by the Philippines, because Manila had no choice,

“China is standing pat that the China Sea is part of the Republic of China and so we gave it, why? Because you are there,” said Duterte.

The Philippines is currently the coordinator for the ASEAN-China dialogues until 2021.

In 2019, Duterte took on a more aggressive tone with China, bristling when told of possible China designs on Pag-asa Island and asking Beijing to “temper” its warnings to planes flying over the South China Sea. (READ: Dissecting Duterte’s amped up West PH Sea rhetoric) – Rappler.com