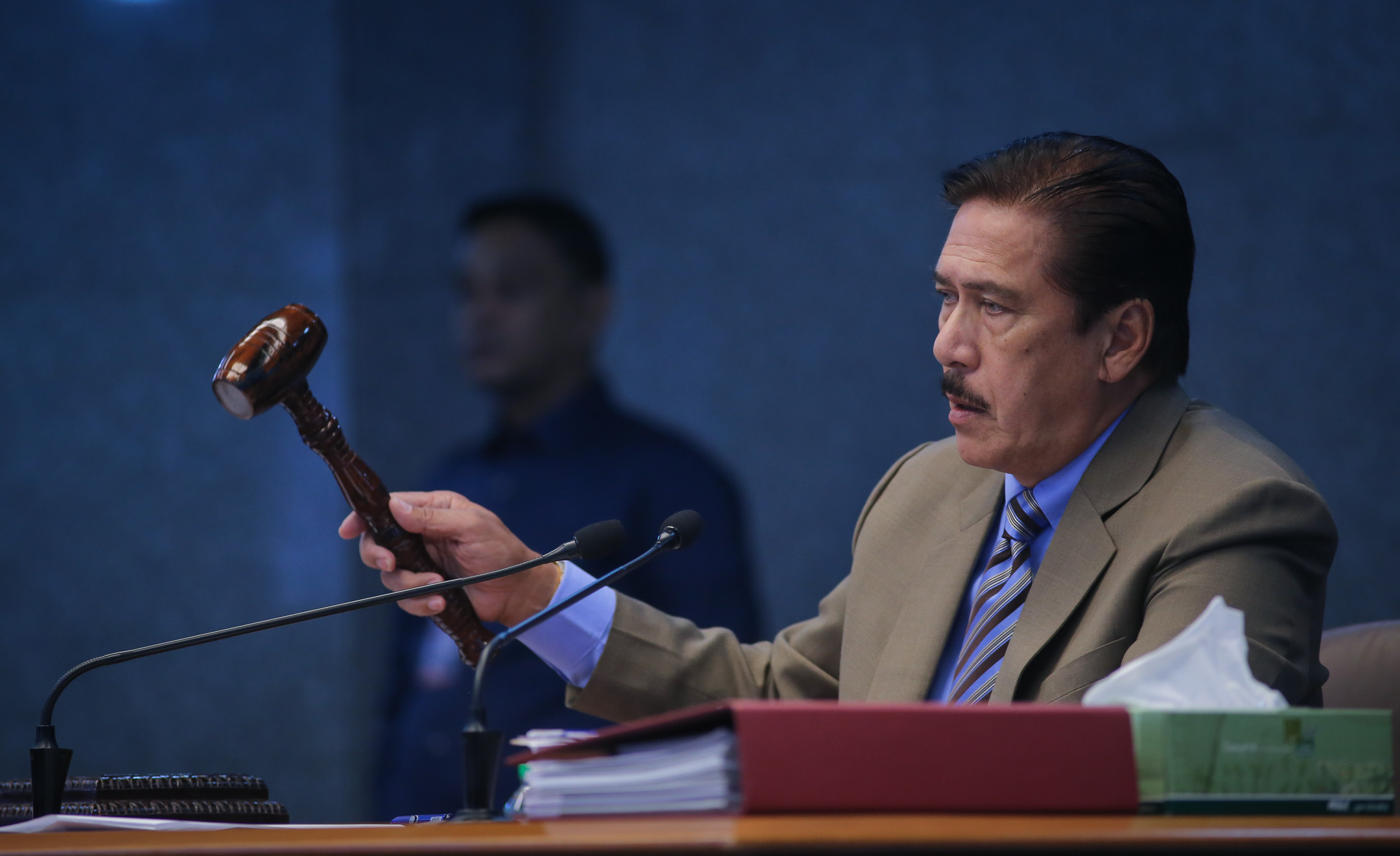 MANILA, Philippines 0UPDATED) – At least 14 senators signed the draft resolution expressing support for the leadership of Senate President Vicente Sotto III amid rumors of a coup plot in the incoming 18th Congress.

Senator Manny Pacquiao on Monday, June 3, declared support for Sotto and mentioned the draft resolution in his brief manifestation in plenary.

The measure, which Senator Panfilo Lacson earlier said was a “vote of confidence” for Sotto, seeks to express the “unequivocal support of the senators to the continued presidency” of Sotto in the upcoming 18th Congress “in order to maintain the Senate’s independence and uphold its proud tradition of being the bastion of democracy in this country.”

“I have a copy of a resolution expressing support in your leadership, to maintain you as Senate President,” Pacquiao said.

Pacquiao said Senator Richard Gordon called and asked him to sign the resolution for the latter.

A simple majority of 13 votes is enough to overhaul the Senate leadership. The 3 graduating senators, however, could no longer participate in the 18th Congress.

Senate Minority Leader Franklin Drilon asked for the point of Pacquiao’s manifestation when there is no motion to unseat Sotto.

He asked if it was Pacquiao’s intention to submit the resolution as part of the Senate’s record or to submit it personally to Sotto.

To which Drilon replied: “That has no place in formal proceedings in the Senate…. We find this manifestation a little awkward.”

Sotto then jokingly said, prompting laughter on the floor, “Why don’t you make Senator Drilon sign it?”

“We no longer have a minority floor leader,” Zubiri lightly said.

Under the rules, Drilon and other senators in the minority bloc do not have the power to choose chamber leaders. Once they do so, they would be considered part of the majority bloc.

Rumors abound that Sotto would be replaced by Senator Cynthia Villar in the 18th Congress, which would open on July 22. Villar earlier denied it. Villar, however, did not sign the draft resolution.

In another set of interpellation, Drilon asked Pacquiao why there were only 13 out of the 20 majority senators who signed the resolution. He then asked him why Villar did not sign it, drawing laughter from the people in the session hall.

Pacquiao replied, “We respect her decision.”

Drilon asked, “Is it unusual a member of the majority not signing a resolution in support of the Senate President?”

“I have no idea but we can ask her. In fact I respect her decision,” Pacquiao said.

Pacquiao added, “Mr President, not all signed because they are not here.”

To which Drilon teasingly said: “But were there senators who were here who did not sign?”

Pacquiao said Villar was at the session hall as they speak. This time people, including Drilon, were ecstatic.

“We just want to make the session lively. The next topic is sin tax, a very boring subject,” Drilon said in jest. – Rappler.com