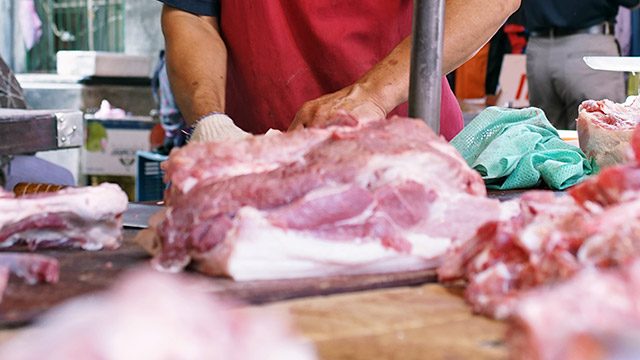 Pork and processed pork products from China and other countries which recorded incidences of ASF are banned from entering the country.

In a statement, SBMA Chairman and Administrator Wilma Eisma said port officials seized shipment that was valued at P600,000 and was declared as 2,385 packages of “food items.”

“It was immediately flagged by the quarantine officer from the Department of Agriculture, and then the Bureau of Customs confiscated the shipment,” Eisma said.

Jerome Martinez, manager of the SBMA Seaport Department, said the meat products were shipped from Guangzhou, China and was loaded into a refrigerated van aboard MV Hansa Altenburg, which docked here on May 27.

Eisma said the confiscated meat would be destroyed as directed by the Bureau of Quarantine Services, with the Bureau of Animal Industry disposing of it at the expense of the consignee.

SBMA officials did not identify the consignee and only described it as a trading company located in Makati City.

Eisma said the Port of Subic has been closely monitoring pork products coming from overseas after to prevent the entry into the country of pork products contaminated with ASF.

Martinez said the confiscated meat will be injected with chemicals and then buried underground.

According to the World Organization for Animal health, ASF is a highly-contagious hemorrhagic viral disease affecting domestic and wild pigs.

Experts said that while ASF and classical swine fever (CSF) may have similar signs, the ASF virus is unrelated to the CSF virus.

The Food and Drug Administration (FDA) last week ordered the recall and seizure of imported pork meat products from countries suspected to be affected by the ASF virus.