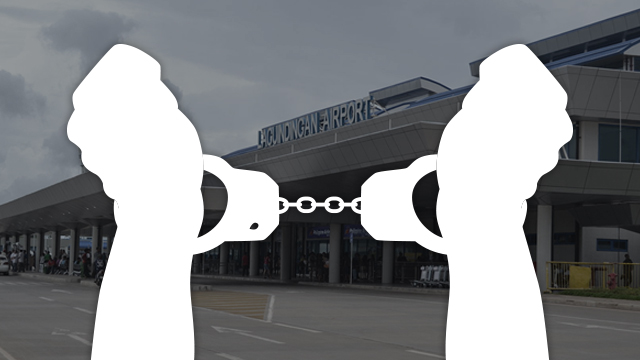 According to a police report, Zamboanga del Sur cops and detectives from the provincial Criminal Investigation and Detection Group, along with soldiers from the 102nd Brigade and 53rd Infantry Battalion, served an arrest warrant on Valle for charges of “multiple murder with quadruple frustrated murder,” destruction of government property, and arson.

The arrest warrant for murder and destruction of government property was issued by Calamba, Misamis Occidental Regional Trial Court (RTC) Branch 36 Judge Bernadette Paredes Encinareal on December 29, 2011. There was no bail recommended for the charges.

Police claimed Valle was affiliated with the Communist Party of the Philippines and its armed wing, the New People’s Army.

In a Facebook post on Sunday, Valle’s son Rius said his 61-year-old mother was set to go home after a training workshop in Pagadian City. As she was about to board a plane to Davao City, she was arrested.

“Obviously these are all trumped-up charges. Her whereabouts [are] still unknown,” said Rius in his post.

Valle’s arrest is the latest to be carried out since peace talks between the PhIlippine government and communists fell apart.

In a statement on Sunday, the College Editors Guild of the Philippines (CEGP) condemned Valle’s arrest, saying that it shows the Duterte administration’s efforts to silence “people who aspire for the common good.” (READ: Philippines rejects call for U.N. rights council probe)

“We should remember that these incidents that clearly manifest attacks and threats to the members of the press, and to all human rights defenders, were preceded by the inculcation of the culture of impunity enjoyed by state machineries implicated in civilian killings and by no less than the President himself,” said the group.

According to the CEGP, Valle was known to defend human rights advocates through her columns. A few years ago, she appealed to media to find out the truth surrounding the kidnapping and illegal detention of human rights defenders, among whom was her son, Rius.

CEGP national president Daryl Baybado said Valle’s efforts “serve as a reminder that we should always strive hard to protect the welfare of the Filipino.”

The CEGP also condemned the death of 56-year-old Adam Moraleta, who was gunned down by two unidentified men in Barangay Holy Spirit, Quezon City, last Thursday, June 6. Moraleta was reported to have been a freelance journalist and was an account executive for People’s Television.

The group called on the public to remain vigilant amid the attacks on human rights defenders and press freedom. – Rappler.com