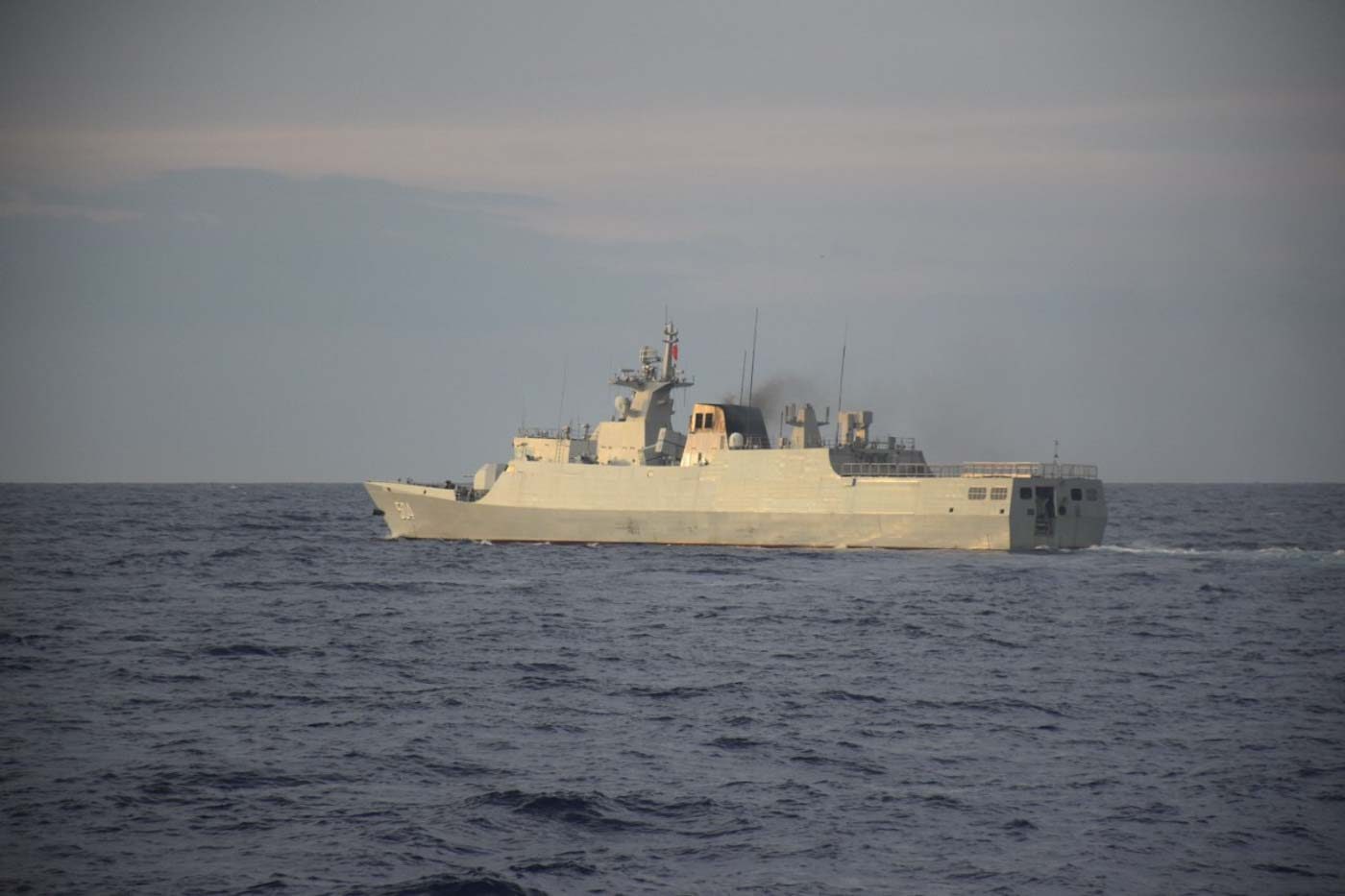 Facebook Twitter Copy URL
Copied
During the 4-day maritime patrol of the PCG, the China Coast Guard asks why the Philippine vessel is in the area

MANILA, Philippines – The Philippine Coast Guard (PCG) has spotted a Chinese warship in the disputed Scarborough Shoal, in addition to the smaller vessels previously reported in the area.

This was the report brought home by BRP Malabrigo on Monday, June 10, after a 4-day patrol in the area off Zambales, which is also known as Panatag Shoal or Bajo de Masinloc.

Captain Armand Balilo, spokesman of the PCG, said, “Pagdating nila, andoon na ‘yung mga Chinese ships.” (When they got there, the Chinese ships were already in the area.)

“Andoon sila palagi (They are always there),” he added. (READ: 5 ways Duterte can defend Scarborough without going to war)

During the 4-day maritime patrol of the PCG, the China Coast Guard reportedly kept on asking why the Philippine vessel was in the area.

Local fishermen told the PCG personnel they were being harassed by people on the Chinese vessels. (READ: China shooing away PH fishermen from Panatag Shoal? ‘What can we do?’ – Panelo and ‘2 bottles of water for P3,000 worth of fish in Panatag Shoal’)