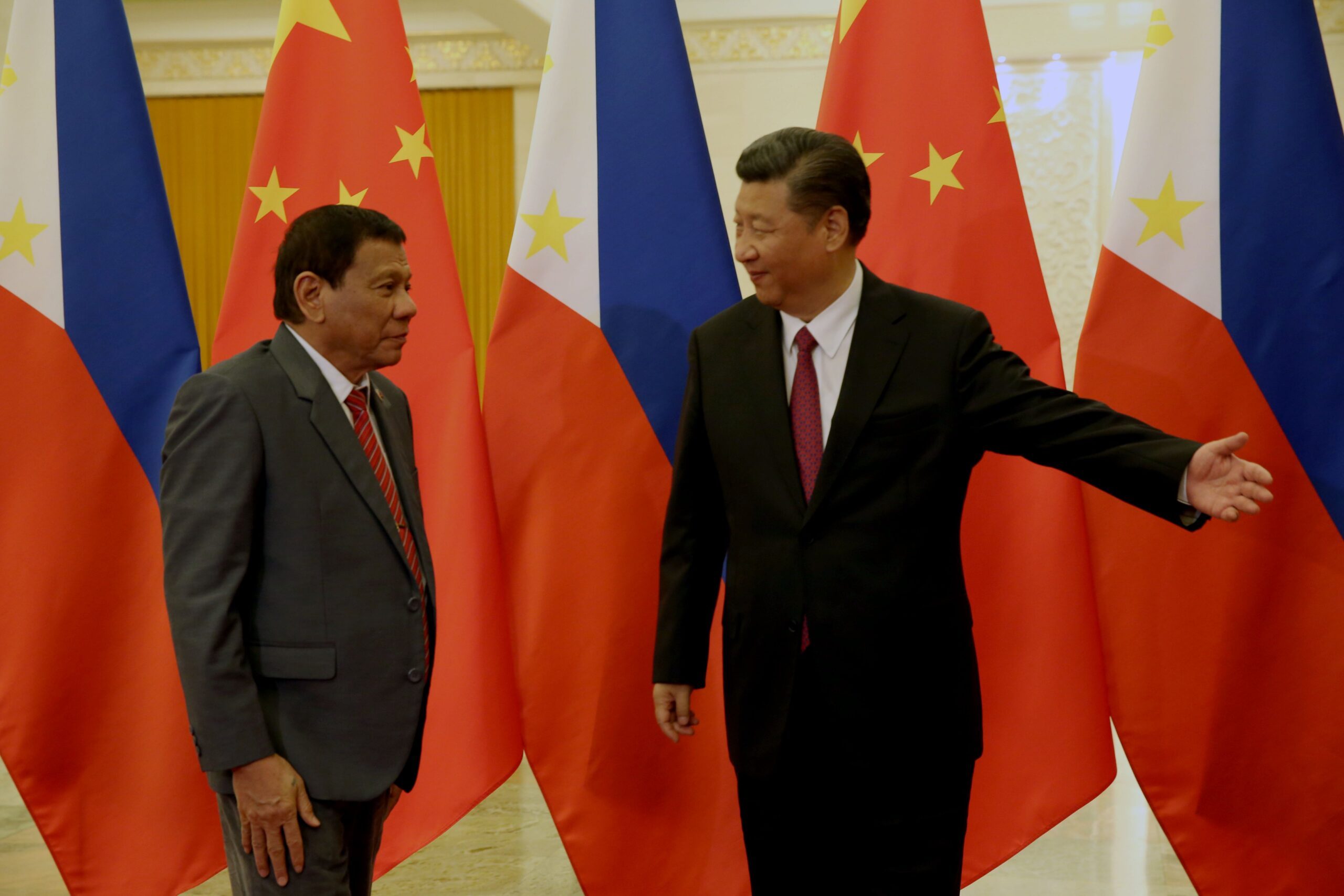 Facebook Twitter Copy URL
Copied
(UPDATED) 'President Duterte welcomes and accepts the offer of the Chinese Government to conduct a joint investigation to determine what really transpired in Recto Bank and find a satisfactory closure to this episode,' says Presidential Spokesperson Salvador Panelo

“President Rodrigo Roa Duterte welcomes and accepts the offer of the Chinese Government to conduct a joint investigation to determine what really transpired in Recto Bank and find a satisfactory closure to this episode,” Presidential Spokesperson Salvador Panelo said in a statement.

Duterte made the decision two days after China suggested a joint investigation where both parties, it said, “can exchange respective initial findings and properly handle the matter through friendly consultations based on mutually-recognized investigation results.”

Panelo said that in line with the move, the President wants the creation of a joint investigating committee with “3 groups of highly qualified and competent individuals.” The Philippines and China will have one representative each, while the third member will be from a  “neutral country,” he added.

Duterte himself and his key officials, including Defense Secretary Delfin Lorenzana, had earlier expressed openness to a joint investigation with China into the sinking of a Philippine fishing boat by a Chinese vessel in Recto Bank in the West Philippine Sea, but Foreign Secretary Teodoro Locsin Jr had rejected it and pushed for separate probes into the incident.

Asked how he viewed this development, Locsin said on Twitter, “It’s a maritime inquiry with an independent third party, e.g, Brunei.”

In reference to separate probes, Panelo said: “Having separate investigations by the two countries may raise speculation and accusation of bias. Such circumstance will put any finding by any side open to question and place the entire issue in a confused state.”  (READ: TIMELINE: Sinking of Filipino boat in West PH Sea by Chinese ship)

“On the other hand, a joint and impartial investigation will not only promote the expedient resolution of the issue, it will also be in accordance with international law, including the United Nations Convention on the Law of the Sea (UNCLOS), which places paramount emphasis on the use of peaceful means to resolve international disputes,” he added.

Recto Bank, where the incident happened, is part of the Philippines’ exclusive economic zone (EEZ), which means the Philippines has exclusive sovereign rights over the living and non-living resources in the area. The 2016 Hague ruling won by the Philippines expressly states Recto Bank is within the country’s EEZ and cannot be claimed by China.

Malacañang did not give other details of the joint investigation, which Justice Secretary Menardo Guevarra had proposed to the Cabinet Security Cluster on June 17. Guevarra had earlier said the goal of a joint probe “is to determine the facts and allocate accountabilities in a joint, instead of an adversarial, manner.”

Guevarra also earlier said that the crewmembers of the Vietnamese vessel who saved the Filipino fishermen may be tapped as witnesses. (READ: INSIDE STORY: How Filipino crew were saved by Vietnamese in West PH Sea)

Panelo began his statement by citing “the duty of seafarers to rescue those at peril in the sea” which is “a well entrenched principle of international law, maritime law, and humanitarian law as well.”

“The basic dictates of justice demand a full account of the events that ultimately led to the abandonment of our 22  distressed firshermen in the middle of the sea and accountability of those at fault,” he said.

Panelo stressed that by agreeing to a joint inquiry with China, “we are by no means relinquishing any inch of our sovereign rights, nor compromising the rights of our 22 fishermen.”

“We are demanding justice for our countrymen, and we are using all legal means toward that end,” he said.

Groups, including the families of the fishermen who were abandoned at sea by the Chinese vessel that sank their boat on June 9, had opposed a joint probe with China, fearing a whitewash.

They based their fear on the dismissive statements made by Duterte himself and his officials on the incident, who expressed doubts on the fishermen’s version of the story.

Two Cabinet officials – Energy Secretary Alfonso Cusi and Agriculture Secretary Emmanuel Piñol – had met with the fishermen in San Jose, Occidental Mindoro on separate occasions. Each time, the officials sought to donwplay the incident that sparked public outrage over the abandonment of the fishermen in their sinking boat.

Duterte said on Friday, June 21, that he would raise China’s expansive claim to the South China Sea during his meetings with other leaders at the ASEAN Summit in Thailand. – Mia Gonzalez/Rappler.com