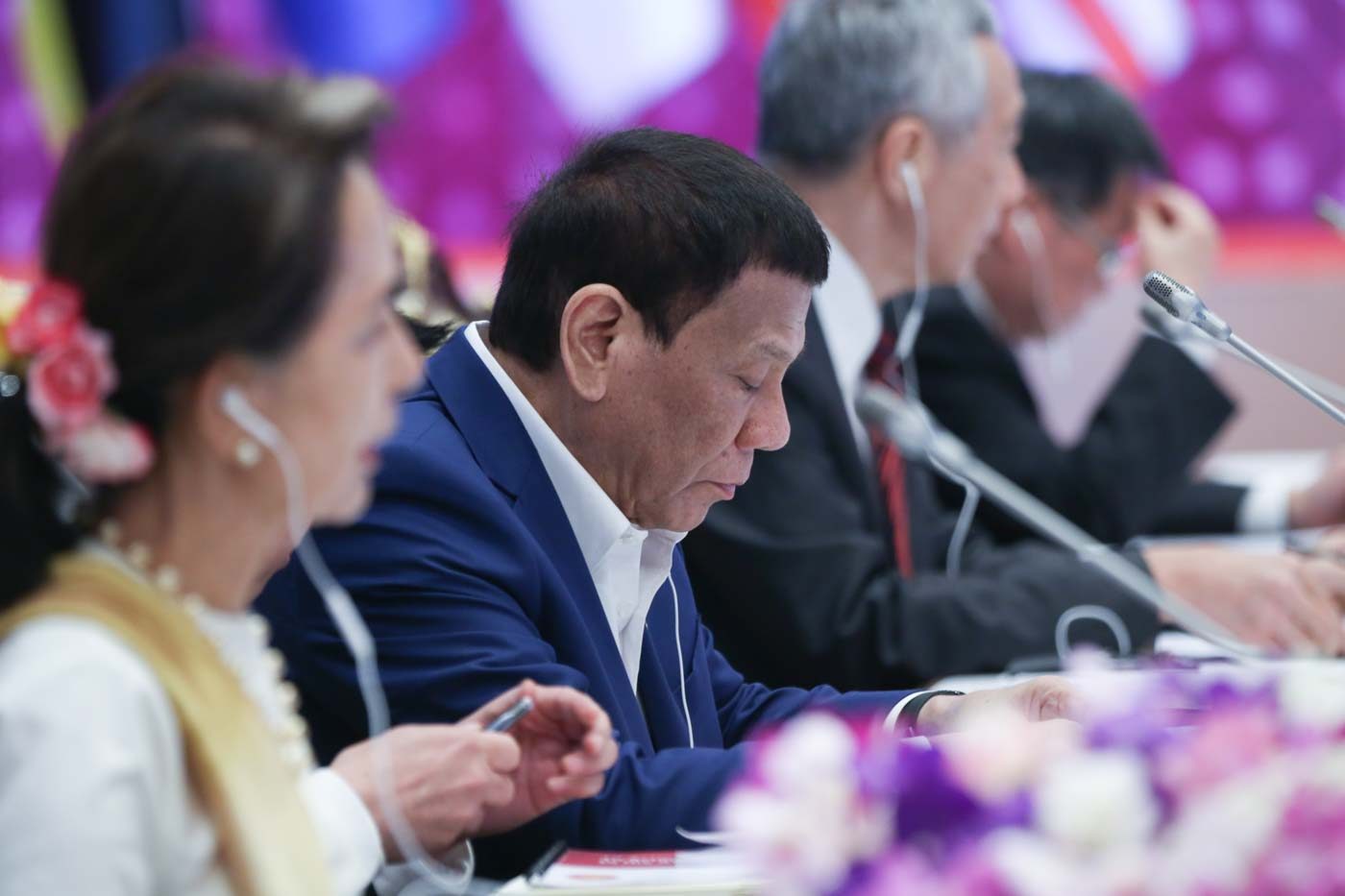 MANILA, Philippines – President Rodrigo Duterte “expressed concern and disappointment over the delay in the negotiations” for a Code of Conduct (COC) in the South China Sea on Sunday, June 23, according to Malacañang.

“The Chief Executive explained that the longer the delay for an early conclusion of the COC, the higher the probability of maritime incidents happening and the greater the chance for miscalculations that may spiral out of control,” Panelo said in a statement.

Duterte, added Panelo, called for the protection of “time-honored principles of international law.”

The remarks come amid fierce criticism of the Duterte administration’s response to the sinking of a Filipino fishing boat by a Chinese vessel in Recto Bank (Reed Bank), which is part of the Philippines’ exclusive economic zone. The fishermen and crew of F/B Gem-Ver were abandoned at sea, then rescued by a Vietnamese vessel.

Duterte, known for lashing out against his critics, has been called out for his cautious response to China, as he downplayed what happened as a “little maritime accident.”

The President has also agreed to a joint Philippines-China investigation, which Vice President Leni Robredo and some senators oppose.

But Panelo said on Sunday that Duterte’s remarks at the ASEAN Summit show he is “not beholden to or afraid of any foreign country.”

“[The President] said that he is confident in articulating in clear and unequivocal terms the position of the Philippines as regards its interests before the global stage,” added Panelo.

Duterte also thanked Vietnam, through Vietnamese Prime Minister Nguyen Xuan Phuc, saying their “act of kindness and compassion” toward Filipino fishermen “will always be remembered by the Philippines and its people.”

Since Duterte rose to power in 2016, ties between the Philippines and China have strengthened – a departure from strained relations under the Aquino administration over the West Philippine Sea dispute. – Rappler.com