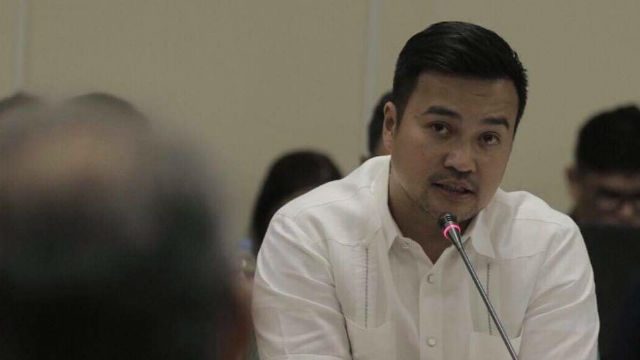 Facebook Twitter Copy URL
Copied
(3rd UPDATE) Several members of the party-list bloc say their members have yet to decide on a candidate, even after 1-Pacman Representative Michael Romero signed the manifesto of support as party-list coalition president

MANILA, Philippines (3rd UPDATE) – The numbers now seem to be on the side of Marinduque Representative Lord Allan Velasco after 4 major blocs in the House, including the ruling party, forged an alliance to back his speakership bid.

Pampanga 4th District Representative Juan Pablo Bondoc, a PDP-Laban member, told Rappler the 4 blocs comprise “about 180” lawmakers, which is more than the 50% + 1 votes needed by a speakership candidate to win.

“Yesterday, a joint manifesto of support was signed by NPC and the party-list coalition and PDP-Laban [and the Northern Luzon Alliance] supporting Velasco. We are now looking at 185 congressmen supporting Velasco,” Pimentel said in a text message.

According to the manifesto, the 4 blocs believe Velasco is the “best choice” to lead the House “given his experience, competence, and strong camaraderie” with other House members.

“We are firmly convinced that Representative Lord Allan Jay Q. Veasco is imbued with the leadership qualities to steer and unite the entire House of Representatives in the passage of crucial legislative reforms in support of the legislative agenda of President Rodrigo Roa Duterte in order to safeguard the country’s economic gains and social progress,” the manifesto read. The manifesto was signed by the following:

The manifesto was signed on the same day Duterte said he would not endorsing anyone for Speaker and would leave the decision to legislators.

Bondoc, however, clarified that while a “majority” of the 4 House blocs have decided to support Velasco, the leaders of the blocs are not stopping them from choosing other speakership candidates.

“These congressional leaders are very good at taking the pulse of their members. They don’t want to take  from their members their freedom of choice,” said Bondoc.

No party-list candidate yet?

Several party-list lawmakers said they were blindsided by Romero’s decision to sign the manifesto of support for Velasco since their bloc had yet to arrive at a decision.

“Wala pa po (We have not chosen yet),” AKO Bicol Representative Alfredo Garbin said when asked if the party-list bloc had chosen its candidate for Speaker.

Garbin said Romero might have just signed the manifesto in a personal capacity, though the document, referred to Romero signing his name as “party-list coalition president.”

“Maybe he signed in his personal capacity but the same cannot be attributed to the collective decision of the members of the coalition. We have to decide yet,” said Garbin.

(There wouldn’t have been a problem had Congressman Mikee Romero did this as his individual prerence as 1-Pacman representative, not as president of our group. To speak for the party-list bloc is unfair to us. We did not have any discussions on this.)

The party-list bloc is set to hold an emergency meeting on Wednesday to sort out the apparent internal conflict within the group.

Pacquiao, the PDP-Laban campaign manager in the 2019 polls, was tasked to announce PDP-Laban’s official pick for Speaker. The boxer-turned-senator is currently in Los Angeles to train for his upcoming fight against American boxer Keith Thurman.

Pampanga 3rd District Representative Aurelio Gonzales Jr, who once wanted to run for Speaker under PDP-Laban, was present at the restaurant in Quezon City where Pacquiao’s annoucement was livestreamed.

Gonzales now backed the speakership bid of his party mate.

Velasco and his wife Wen are close friends of the President.

Wen is also the chairperson of the Pilipinong May Puso Foundation, which was created in honor of the President’s mother, Soledad Roa Duterte.

Velasco’s bid for the speakership got a boost as early as November 2018, when presidential daughter and Davao City Mayor Sara Duterte called Velasco the “next Speaker of the House of Representatives.”

Sara later clarified she was not endorsing any speakership candidate, though she admitted she had a personal choice for the post.