Despite rain, thousands march for equality in Manila’s Pride parade

Jun 29, 2019 10:55 PM PHT
Agence France-Presse
Facebook Twitter Copy URL
Copied
A Manila Pride organizer says the march 'is a human rights movement – and as such, is a call for active solidarity with other marginalized communities' 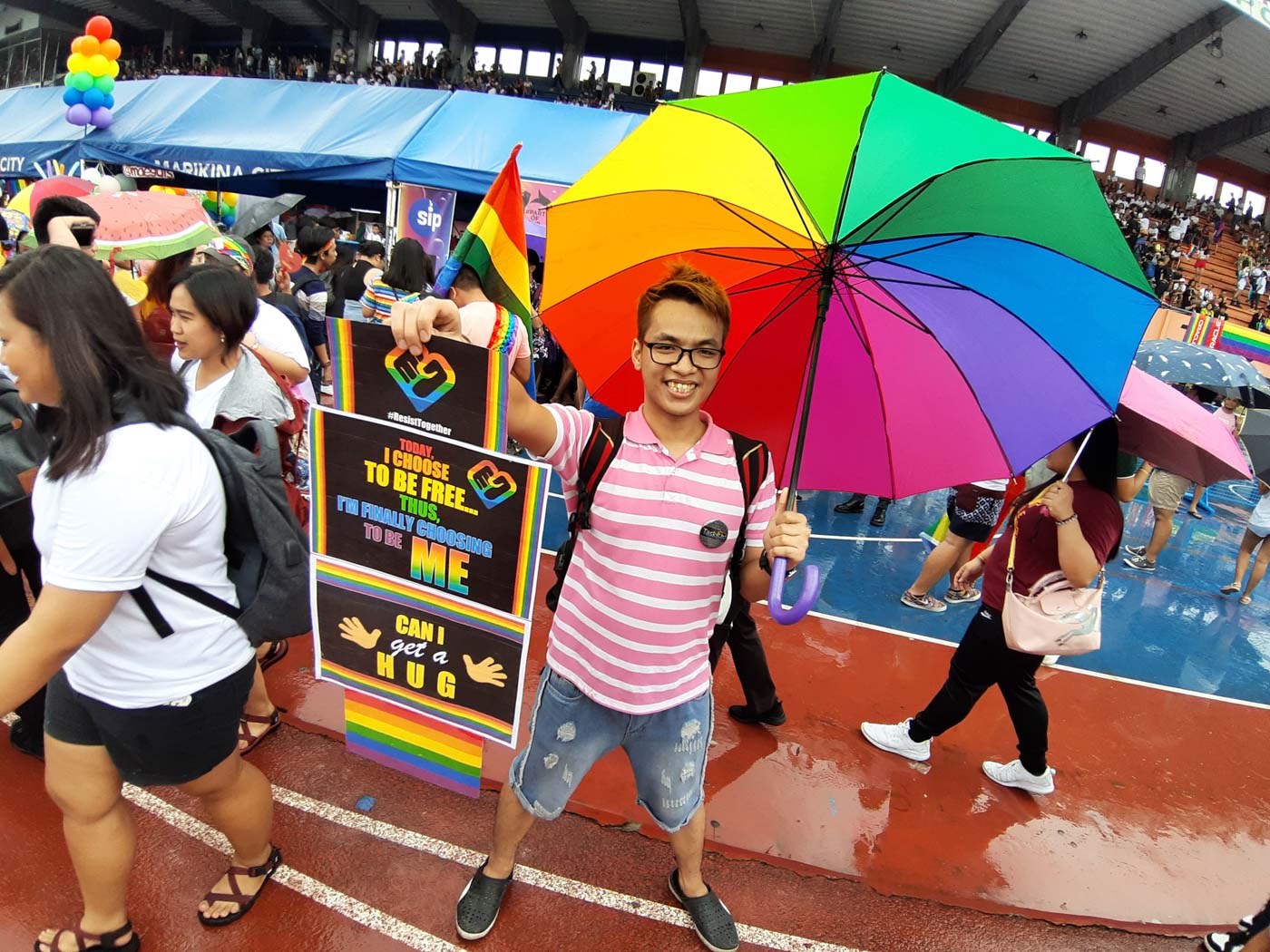 While the Philippines has a reputation of being accepting of gay and transgender people, same-sex marriage is outlawed and legal protections are nearly non-existent.

President Rodrigo Duterte has repeatedly used gay slurs against critics, and told a crowd last month that in his younger days he “cured” himself of homosexuality with the help of “beautiful women.”

“He’s absolutely wrong on that one. That’s not how it works!” said marcher Noel Bordador, 55, an episcopal priest.

“Can I get married here? Do I have rights?” he asked. “Legal protections, that is what we are fighting for.” (READ: Beyond Pride march, advocates urge LGBTQ+ community to #ResistTogether)

Divorce, abortion and same-sex marriage are all illegal in the deeply Catholic nation, where a gay rights bill has made very little progress in the legislature after decades of pushing.

“It is a human rights movement – and as such, is a call for active solidarity with other marginalized communities,” march organizer Nicky Castillo said.

Manila’s rally comes as New York expects millions of marchers for its 50th commemoration of the city’s Stonewall riots, a turning point in the LGBTQ community’s fight for rights. – Rappler.com