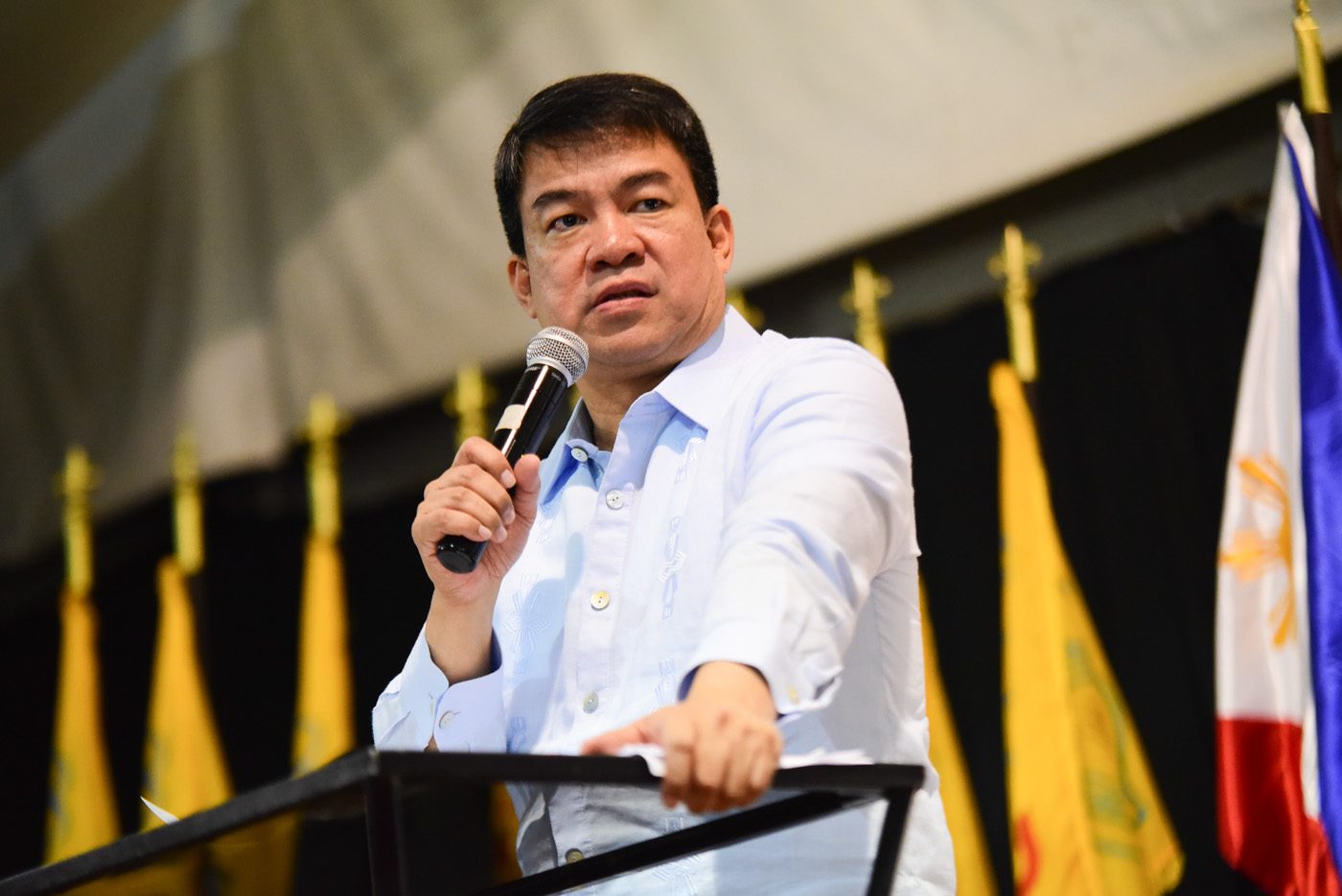 Facebook Twitter Copy URL
Copied
Senator Aquilino Pimentel III, PDP-Laban president, says this will 'help settle the issue of House Speaker which has been dragging for a considerable period of time'

“To help settle the issue of House Speaker which has been dragging for a considerable period of time, the PDP-Laban which is the majority party is open to the idea of term-sharing, provided its nominee [Congressman] Lord Allan Velasco goes first since he already has an overwhelming number of members of Congress supporting him,” Pimentel said.

At least 60 PDP-Laban lawmakers signed a manifesto confirming their support for Velasco, along with around 211 lawmakers from other parties.

President Rodrigo Duterte greenlighted the term sharing between Velasco and Taguig-Pateros Representative Alan Peter Cayetano when he met with Speaker aspirants during a recent trip in Japan.

Before Wednesday, the only aspirant keen on seeing through the Duterte-brokered scheme was Cayetano.

Duterte had refused to endorse a candidate for Speaker, saying he wanted the House to choose its own leader.

The other aspirant in the speakership race is Davao del Norte 1st District Representative Pantaleon Alvarez.

The House will elect its new Speaker on July 22. – Rappler.com