Duterte says Cayetano is next House Speaker, to share term with Velasco 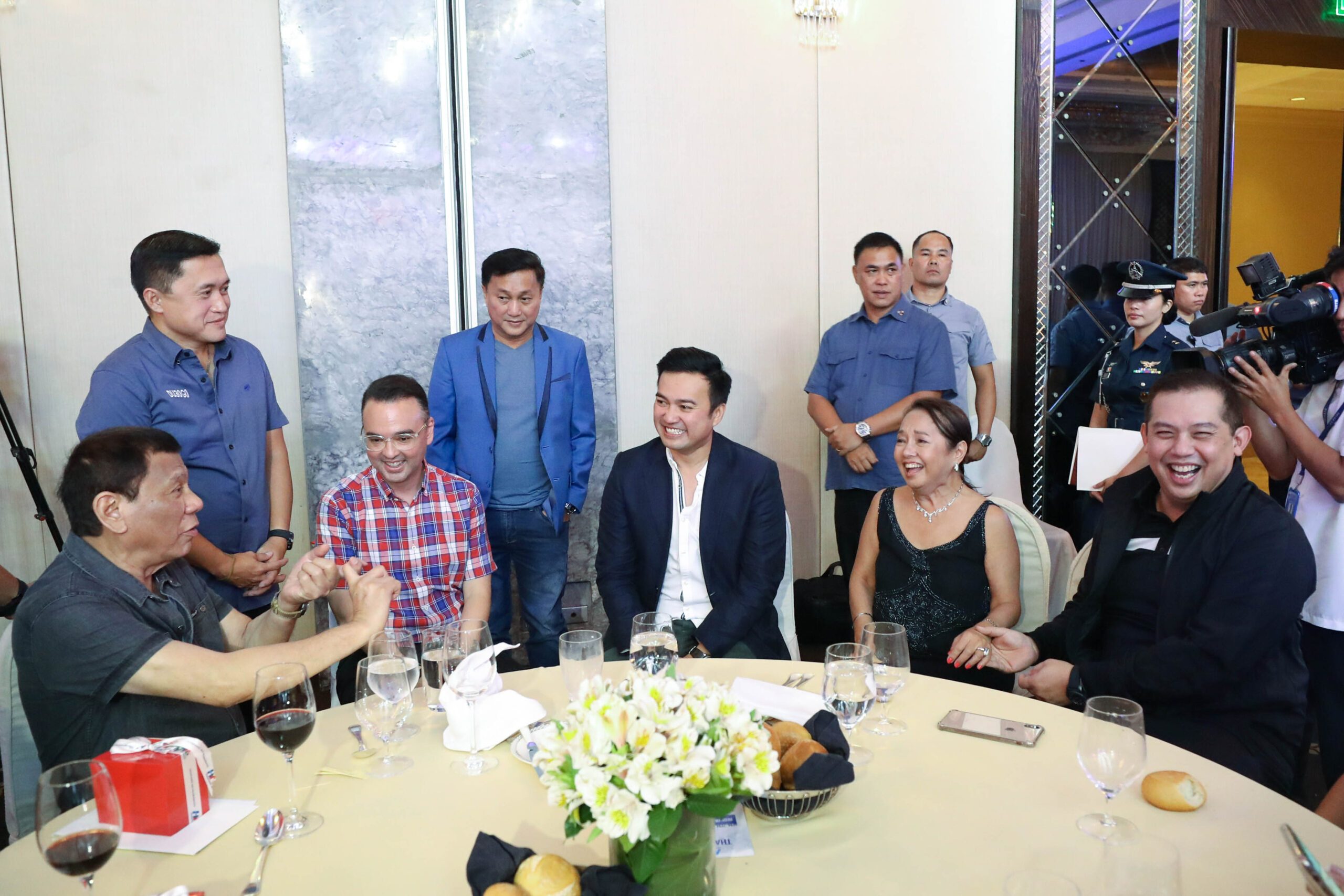 “Your Speaker will be Alan Peter Cayetano. He shares the term with Lord Velasco,” said Duterte on Monday, July 8, during the oath-taking of new presidential appointees.

The Chief Executive said he tried to “keep his distance” from the race for the speakership, but leading contenders for House Speaker and other lawmakers persistently pressed him to make a choice.

Malacañang said it was decided that Cayetano would be Speaker first but for a shorter time frame.

“It’s [Alan] Cayetano as the Speaker in the first 15 months, then the next 21 months, the Speaker will be Lord Allan Velasco, with Martin Romualdez as the Majority Floor Leader,” said Presidential Spokesman Salvador Panelo.

Lawmakers will still have to vote for the next House Speaker on July 22, when the 18th Congress reopens session.

Traditionally, legislators back the speakership candidate who has the President’s blessing – in this case, Cayetano – but they may opt to vote for other candidates as well.

Duterte’s own national political party, PDP-Laban, endorsed the speakership bid of Velasco. At least 60 PDP-Laban lawmakers signed a manifesto confirming their support for Velasco, along with around 211 lawmakers from other parties.

Cayetano is not a member of PDP-Laban but of the Nacionalista Party. He ran as Duterte’s running mate in the 2016 national elections which he lost. Duterte then named him foreign secretary.

Senator Aquilino Pimentel III, PDP-Laban president, earlier said the party was open to term-sharing but that Velasco, their candidate, should go first.

Duterte said he had first suggested the term sharing between Velasco and Cayetano when he met with speakership aspirants during a recent trip in Japan.

Velasco later backed out of a term-sharing scheme, saying this would weaken the speakership itself and hamper the work at the House.

Romualdez had also thumbed down a term-sharing scheme, for the same reasons.

On Monday, PDP-Laban’s Pimentel said, in reaction to the President’s announcement: “We made our own term sharing proposal in order to resolve the issue of House Speaker. But if the president himself has resolved the issue, then great!”

PDP-Laban spokesperson Ron Munsayac said: “The PDP-Laban leadership will have a meeting soonest and discuss the latest developments regarding the speakership. But offhand, we fully respect the decision and wisdom of our Party Chairman President Rodrigo Duterte Duterte.”

He added, “The PDP-Laban is still the majority party in Congress and will rigorously push for the legislative agenda of the Duterte administration.” – with a report from Mara Cepeda/Rappler.com